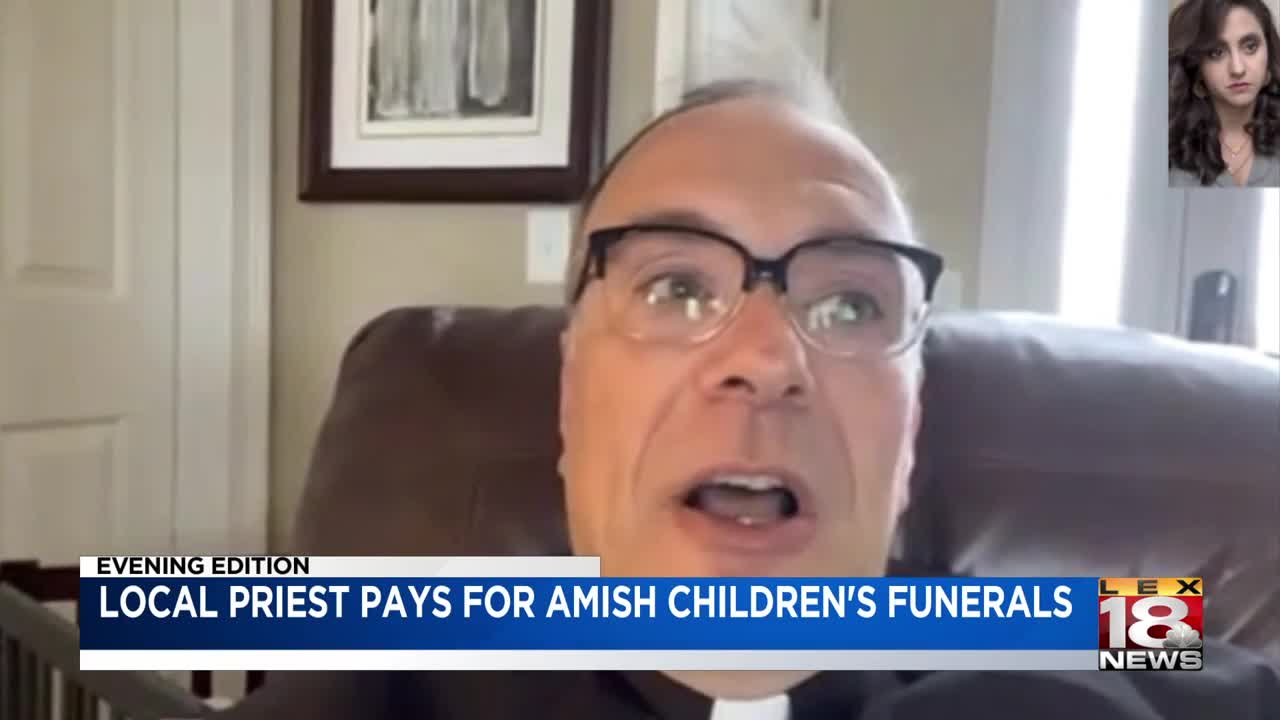 BATH COUNTY, Ky. (LEX 18) — Earlier this week, a buggy carrying an Amish mother and five of her children was swept away by water on a low-lying bridge. Four of the children are dead while one is still missing.

In the wake of the tragedy, a central Kentucky priest and missionary of mercy reached out to the family to ease the financial burden.

Father Jim Sichko announced that he would fund the funerals of the four children.

"Losing these children in this horrific crash accident has just got to be devastating and is devastating," Sichko said.

It was devastating for a Bath County family of 13, one mother, one father and 11 children.

"From the moment I heard about this, I felt that it would be a beautiful connect as far as Christian-Catholic reaching out, along with the Amish who also believe in God and Jesus, and all of this in some way to assist them in their time of need," Sichko explained.

Sichko said he reached out to a local funeral home near their Amish community to arrange pay for the funerals. Just a day later, others did the same thing on social media so Sichko made a statement so other funds being collected could help the community in another way.

"All I know are a few things. One is that the Amish are very private people," Sichko said. "Number two, they are extremely hard workers. And number three, that they're a very close connected community. So I would hate to infringe on their styles and their traditions at a moment such as this."

Sichko definitely set the example of paying it forward through an act of kindness.