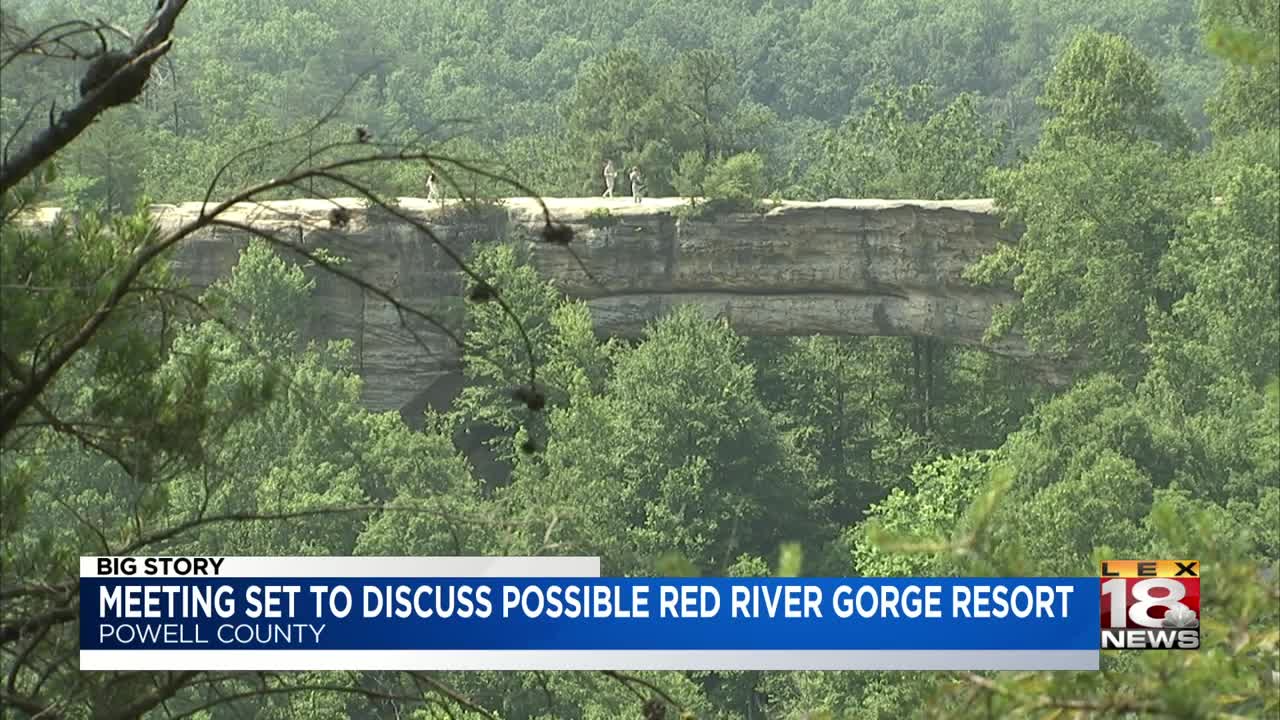 POWELL COUNTY, Ky. (LEX 18) — An economic development group has sought out proposals for a master plan of a destination resort in the Red River Gorge area that could reportedly bring hundreds of jobs and spur economic growth in Eastern Kentucky.

But some business owners and visitors to the Gorge said they're on the fence about what a large development would mean for the area.

A public meeting on the topic is scheduled for Thursday, October 17 at 10:30 a.m. at the Woodland Center in Natural Bridge State Park.

Red River Economic Development, LLC., a non-profit arm of the Kentucky Chamber Foundation, was formed in 2013 and is made up of Kentucky businessmen and local government leaders, according to their website, redriverky.com.

It includes a "Concept Paper," with broad ideas for a resort, including a 150 to 175 room lodge, private cabins and cottages and a retail outlet. The paper also points to privately owned land near the Slade intersection off of The Mountain Parkway as a possible location for the resort.

"Kentucky has no destination resort even though it is centrally located within a day’s drive of two-thirds of the US population," the paper reads. "The state’s resort parks are dated and under-capitalized. There are no mid-to-upper market lodging facilities in the region, and there are no adequate meeting facilities for even medium-sized conferences."

The group has requested proposals for a resort plan and, according to a timeline on its website, will choose an applicant to create a master plan by the end of the month.

But some business owners in the area have many questions about the proposal.

"Everyone wants to see an area grow right? But you want to see it grow in a responsible way," said co-owner of Miguel's Pizza, Dario Ventura.

Miguel's has been a mainstay of the Red River Gorge for 35 years, and Ventura said he's seen the area change a lot.

"I think people appreciate this place because it doesn't have that commercial feel," he said. "You don't have strips of fast food and hotel chains. Everything is kind of mom and pop feel."

"I want more people to experience this but i don't want to screw this up, so i'm kind of down on the idea," said Matt Lamantia, a visitor from the Cincinnati area.