Louisville animal sanctuary saves pigs from being fed to lions 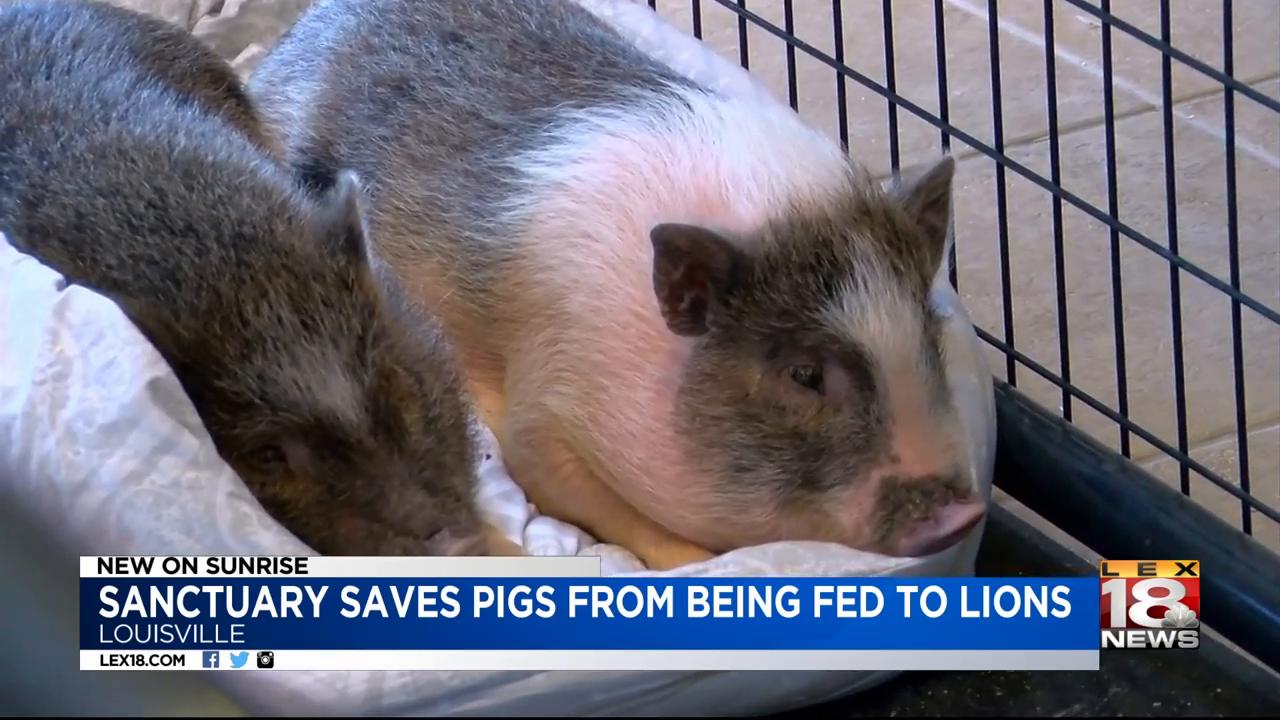 LOUISVILLE, Ky. (WAVE) — Squeezed into a tiny cage and mistreated, four young pigs were about to be a lion’s dinner last week, until a local animal sanctuary stepped in last minute.

WAVE reports these pigs were rescued from the home of a backyard breeder and animal collector who has a permit to own lions. This is in a nearby state that actually allows exotic cats as pets. The actual location cannot be released because that collector is now under investigation.

Greg and Becki Streif are used to rescuing animals from becoming dinner for humans at Tribe Animal Sanctuary, but not from lions.

Four pigs under a year old, malnourished and dehydrated, waiting to be fed alive to various big cats.

“They were all squeezed into a 30 inch crate, totally on top of each other, and they were pretty traumatized,” Becki Streif said.

Without the room or the funds, the Streifs say they look a leap of faith and that their donors really stepped up to the plate. Now they can give Steve, Cindy, Daisy, and Tim their forever home.

After only a week in their new home, the lively little piglets are starting to really come around.

“We would walk into the pen and they would cower in the corner,” Becki said. “Pigs are incredibly intelligent, more intelligent than dogs, so they learned very quickly who’s friend or foe.”

They have tons of new roommates at Tribe Animal Sanctuary to become friends with. You wouldn’t guess they’ve never known a loving touch when you see them roll over for belly rubs on a fluffy new comforter from a donor.

“We didn’t realize it until we got it out last night, it’s a Kate Spade comforter!” Becki laughed.

“They went from a 30 inch crate last Friday to a Kate Spade comforter this Friday,” Becki said.

You can donate by clicking here.