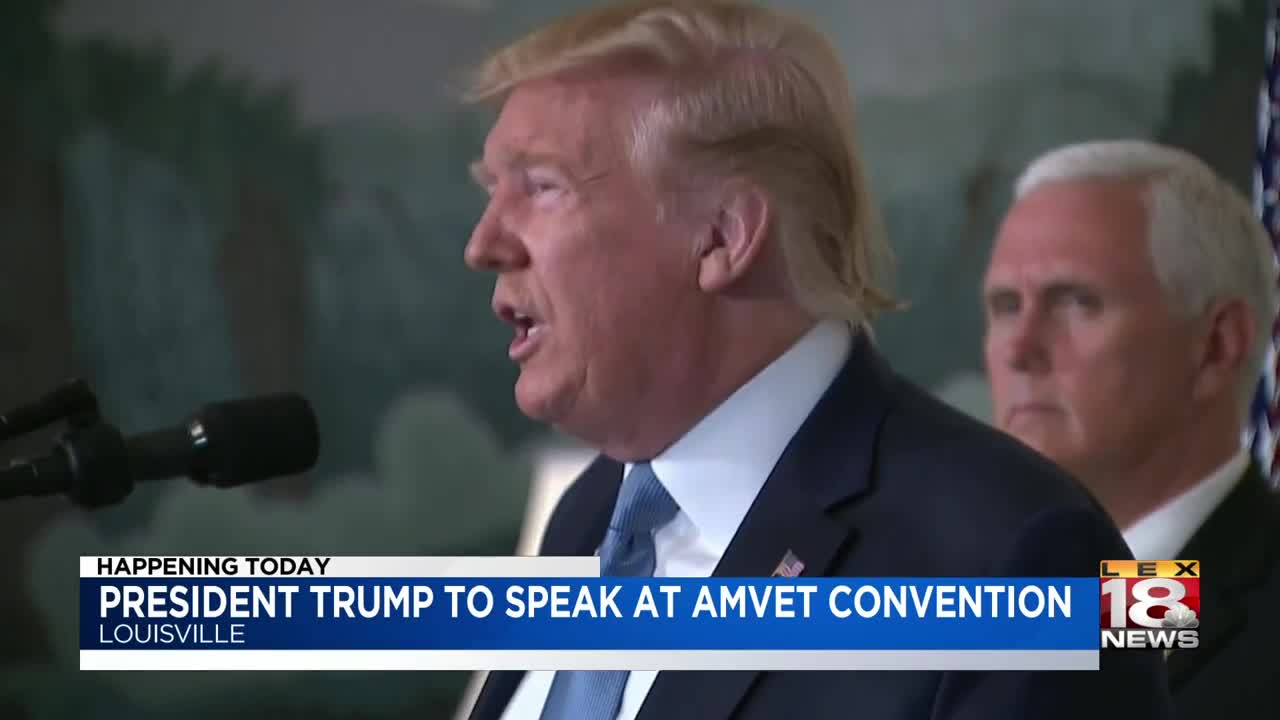 Trump will be making two stops as he aims to boost the re-election campaign of Gov. Matt Bevin, who has been a vocal support of the president.

The president's first stop will be to deliver a speech at the 75th AMVETS convention.

AMVETS is a non-partisan volunteer organization that advocates for military veterans.

Trump is expected to discuss his administration's military initiatives.

AMVETS members said they were eager to hear what the president has to say.

"I'm sure he's going to talk about the different aspects and problems that are facing our veterans," said Rege Riley, AMVETS national commander. "We hope that he is behind us, which I'm sure he is. He's shown that from Day One."

The convention, which runs through Saturday, will be at the Galt House in downtown Louisville. Wednesday's event is restricted to AMVETS members.

Trump also is scheduled to take part in a fundraiser for Bevin.