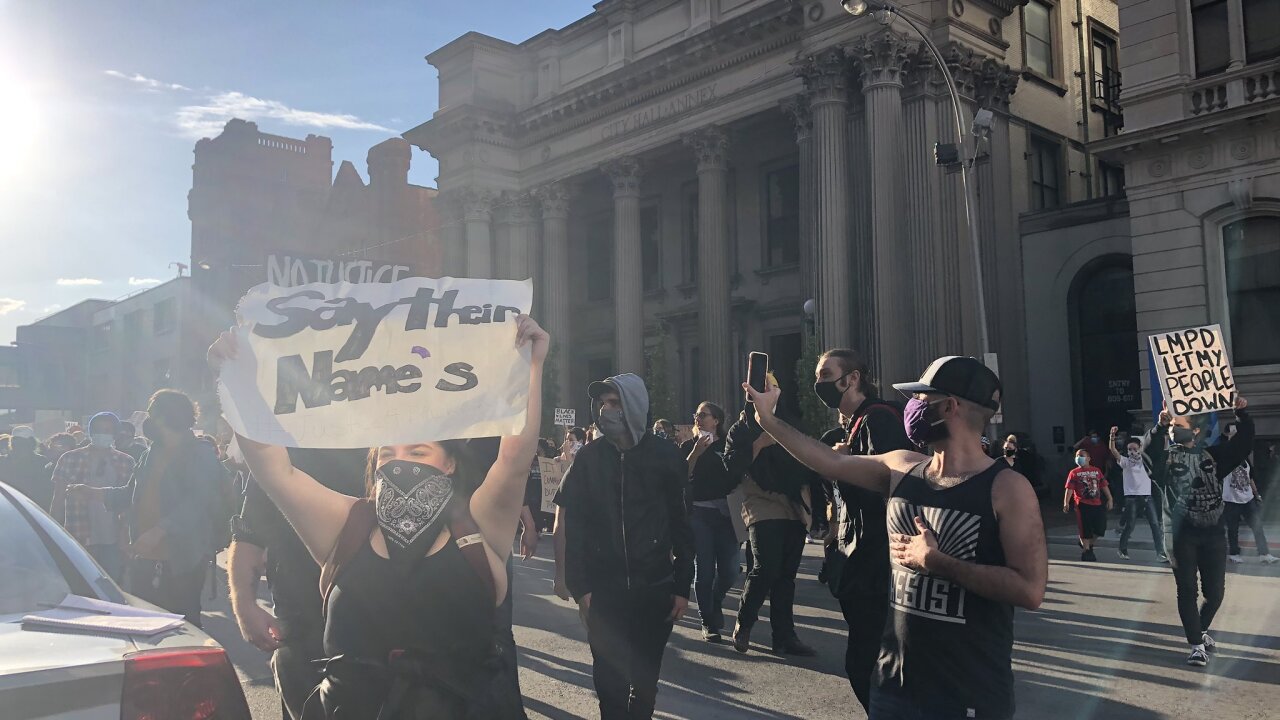 LOUISVILLE, Ky. (LEX 18) — After two nights of violent and destructive protests in Louisville, the City got a break last night, as demonstrations remained peaceful.

Mayor Greg Fischer placed the City under a 9 p.m. curfew, and as a result many of the people who spent the day protesting went home.

There were still two pockets of protest until late in the night. One was downtown while the other was along Bardstown Road.

Those groups later left following a long stare down with police.

Fischer thanked those who did follow the order in a press conference.

"The size of the crowd tonight is significantly smaller and easier to manage," Fischer said. "I want to say thank you to those who peacefully demonstrated today and respected the need for the curfew. You have helped your city."

According to Fischer, police arrested 10 people who did not follow orders to disperse.

He also requested that Governor Andy Beshear call in the National Guard.