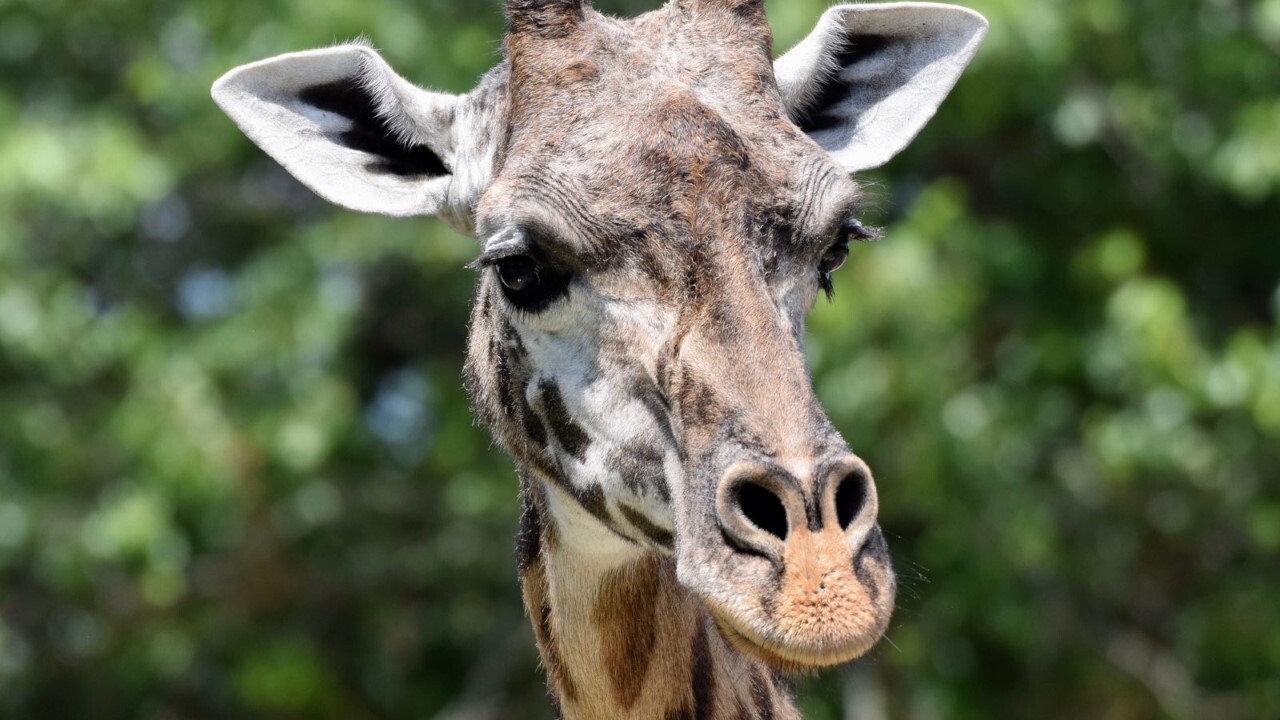 The zoo said in a release issued Wednesday that Malaika outlived the 20-year-old life expectancy of an average Masai giraffe.

“Malaika had a good, long life and was able to thrive much longer because of the excellent care our staff provides,” said John Walczak, director of the zoo. “The remnant wild is a tough place, and she would have never lived as long under the constant pressures of that environment. We hope the community will join us in remembering Malaika and the joy she brought to so many people.”

The zoo said Malaika’s pain was advancing in the last several months of her life from musculoskeletal problems that had led to stiffness, lameness and difficulty moving.

While she was being managed with joint support products, pain medications and given soft surfaces to stand on, zoo officials said her pain could no longer be controlled.

A welfare assessment by staff showed a deterioration in her quality of life with no signs of improvement, and the decision was made to humanely euthanize her.

“Our top priority is the comfort level of the animals,” said Dr. Zoli Gyimesi, zoo senior veterinarian. “They are like family to so many of us, and we always do everything we can to ensure their well-being. This was a very tough decision to make, but when looking at Malaika’s deteriorating health, we knew it was the right decision to make.”

Malaika was originally born at the Los Angeles Zoo and arrived at the Louisville Zoo in 1997, where she gave birth to five bull calves between 2000-2012.

Masai giraffes are the largest subspecies of giraffe and the tallest land mammals on Earth, reaching between 15 to 18 feet and 1800 to 2600 pounds. Masai giraffes are native to East Africa, and are listed as endangered by the International Union for Conservation of Nature (IUCN) with less than 100,000 giraffes left throughout Africa.