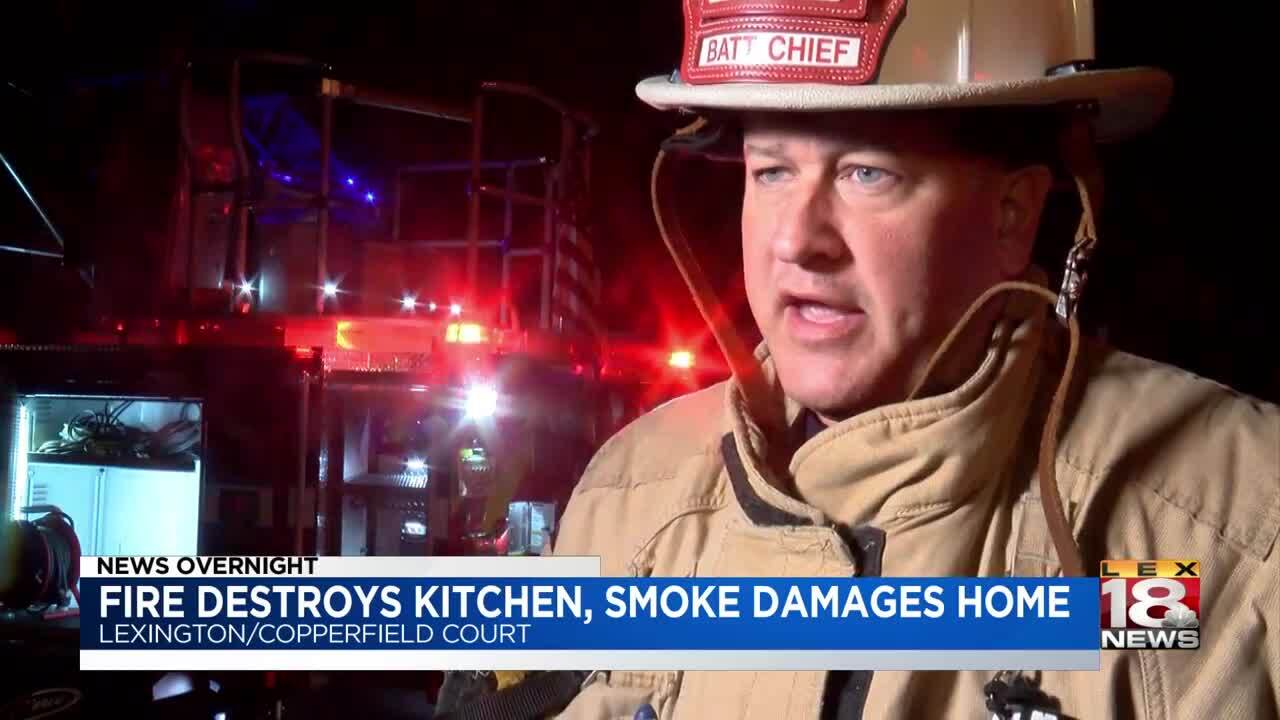 LEXINGTON, Ky. (LEX 18) — A man made a narrow escape from a house fire early Thursday morning on Lexington's far southwest side.

Authorities said the fire broke out about 2 a.m. at home on Copperfield Court, not far from the intersection of Man O' War Boulevard and Clays Mill Road.

The blaze was centered in the kitchen, officials said, but smoke detectors awakened the man.

Battalion Chief Marc Bramlage said the man was able to use a makeshift ladder to escape the home.

"He made a makeshift ladder with a bed sheet to get off from the second floor, down into the back yard," Bramlage said.

The fire destroyed the kitchen and the rest of the house suffered smoke damage.

No one was injured, officials said.

The cause of the fire was under investigation.