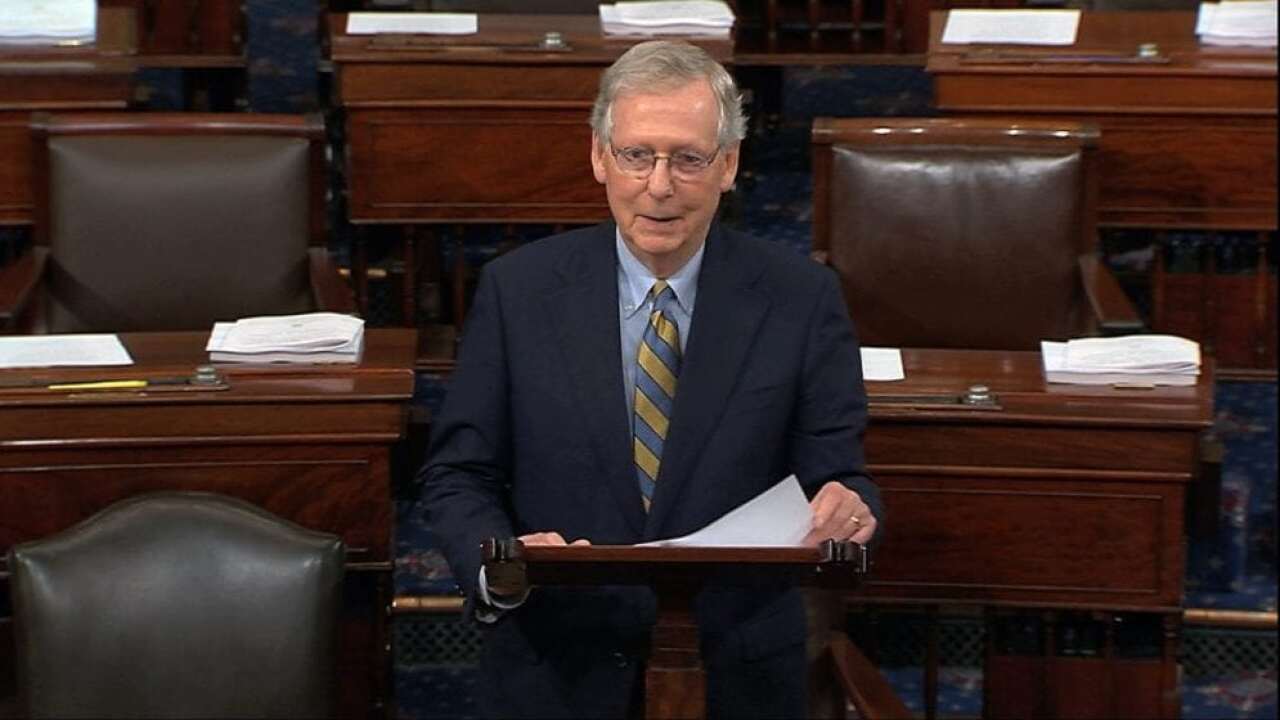 In this image from Senate Television, Senate Majority Leader Mitch McConnell of Ky., speaks on the floor of the U.S. Senate, Monday, Oct. 1, 2018, on Capitol Hill in Washington. (Senate Television via AP) 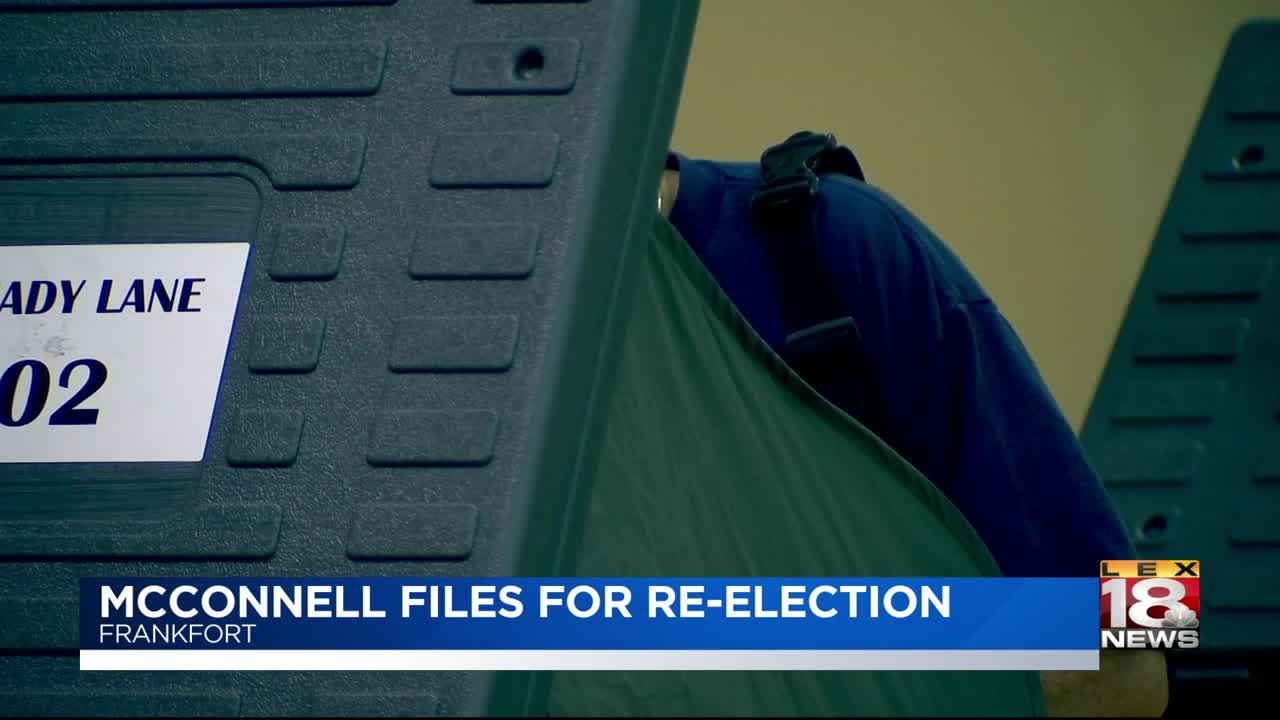 The Senate majority leader officially filed as a candidate in the Secretary of State's office in Frankfort.

"Serving the people of Kentucky continues to be the honor of my lifetime and I am proud to officially file for re-election as President Trump's partner to make America great again," McConnell said in a statement.

While speaking to reporters after filing, McConnell touted his support for the state's hemp industry and federal money allocated to fight the opioid epidemic, saying that his position as Senate Majority Leader gave Kentucky a leg up nationally.

McConnell also talked about the impeachment process and the role he believes it may have on the 2020 elections.

"It seems like it may not play much of a role in the president's re-election campaign. There's considerable anecdotal evidence that in the battleground states, it's not going over very well," he said.