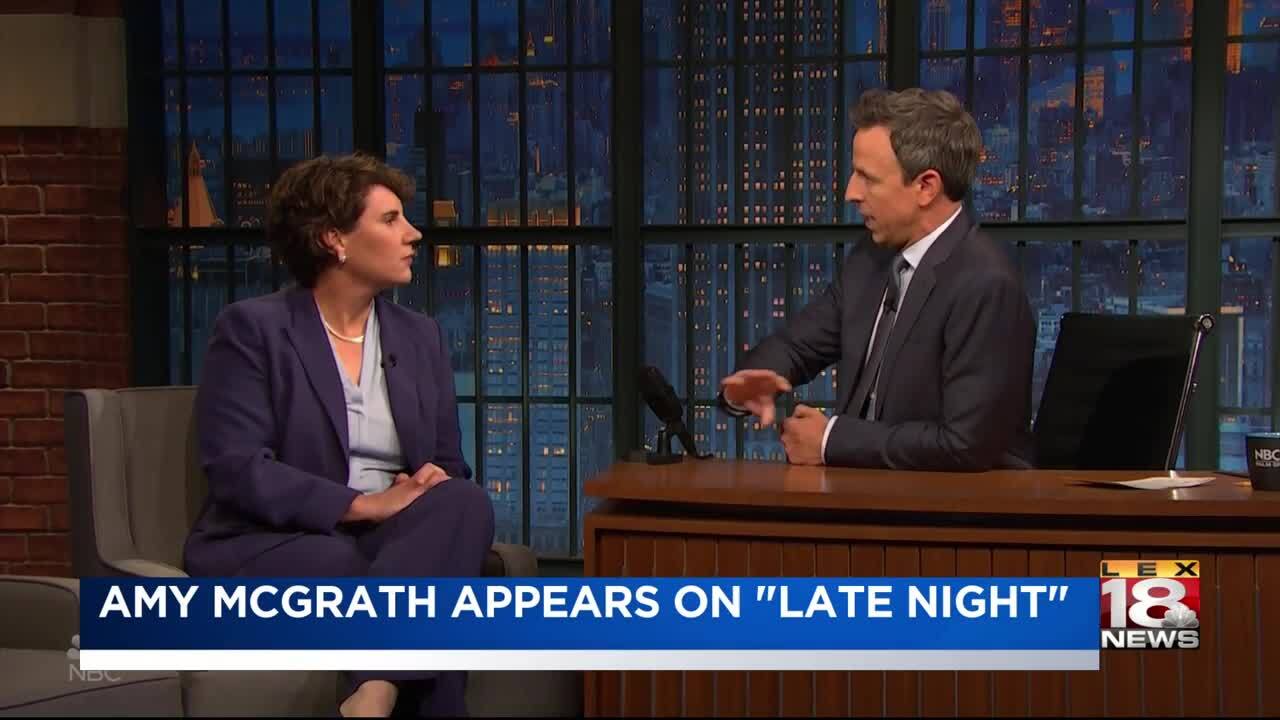 McGrath hopes to challenge Sentate Majority Leader Mitch McConnell in the 2020 General Election. On the show, McGrath said the longtime Republican leader from Kentucky helped to create the corrupt "swamp" in Washington, D.C., that Trump repeatedly has said he would drain. She said new leadership is needed for that to actually happen.

Asked how she could win in Kentucky, a Republican stronghold where Trump remains popular, McGrath said she would do what is right for the commonwealth regardless of party politics.

She also discussed her call sign in the Marines, which she said wasn't exactly flattering.

"So my call sign was Krusty, after Krusty the Clown," she said, referencing a character from "The Simpsons" cartoon. "I had big hair that stuck up, and when I put my cover on it would stick out, and the other guys thought that was pretty funny."