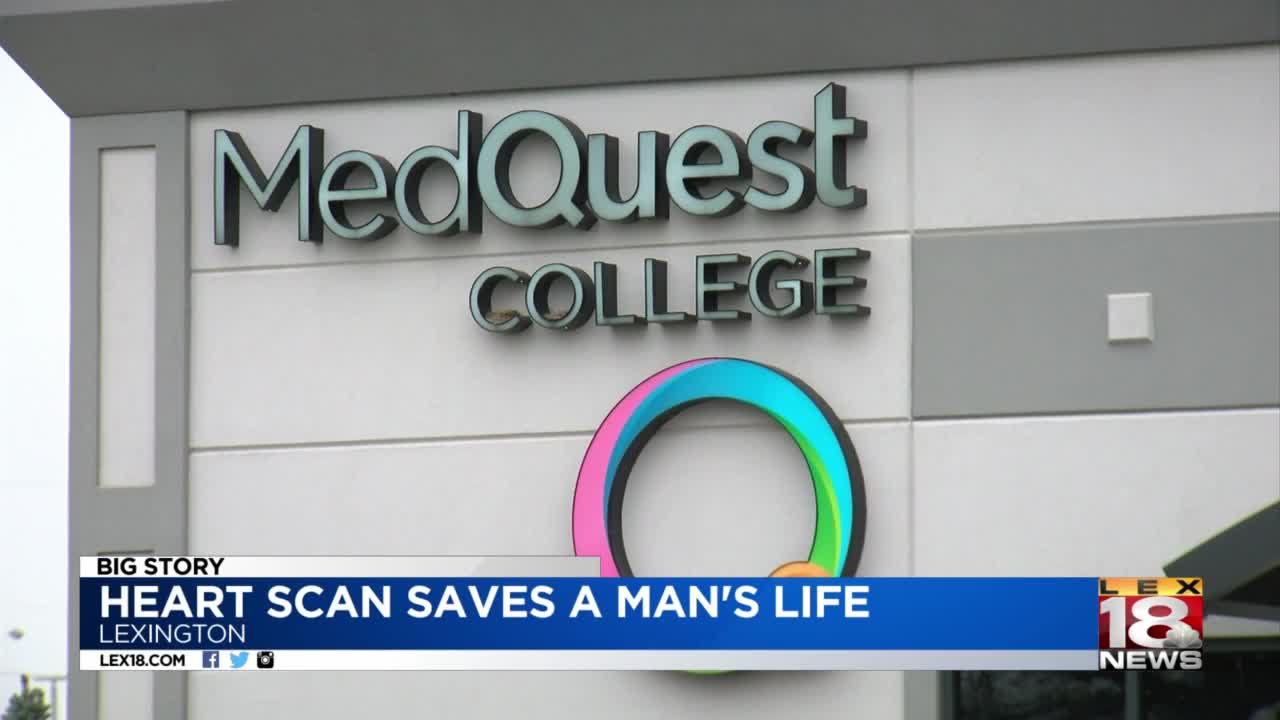 Jessica Begley, a Sonography/Echocardiography student, decided she needed a little extra practice with a machine called a Philips IE33 that takes a closer look at a patient's heart.

Chris Ward, an admission advisor, volunteered to get scanned for her. What Begley didn't expect was to find that his heart had an enlarged ventricle and an abnormally dilated aorta.

Begley then took his vitals and discovered his blood pressure was an astonishing 225/115, which is considered severe hypertension. Chris was driven to the UK's emergency room, where doctors were also shocked by the discovery.

"They said out front to me, you are at very high risk for a stroke. That's sad. As a 25-year-old man, if this had gone undetected for a long period of time I could have been at risk for an aortic aneurysm," said Ward.

Doctors are still unsure about what caused his heart to be enlarged, but he now has a Cardiologist and monthly check-ups to monitor his symptoms.

"I could not be more thankful. Especially in the fact that it was a perfect time, perfect place. I'm so glad to have had the opportunity and for Jessica to have not only learned on me but be by my side now," said Ward.

The two have remained friends ever since that day.