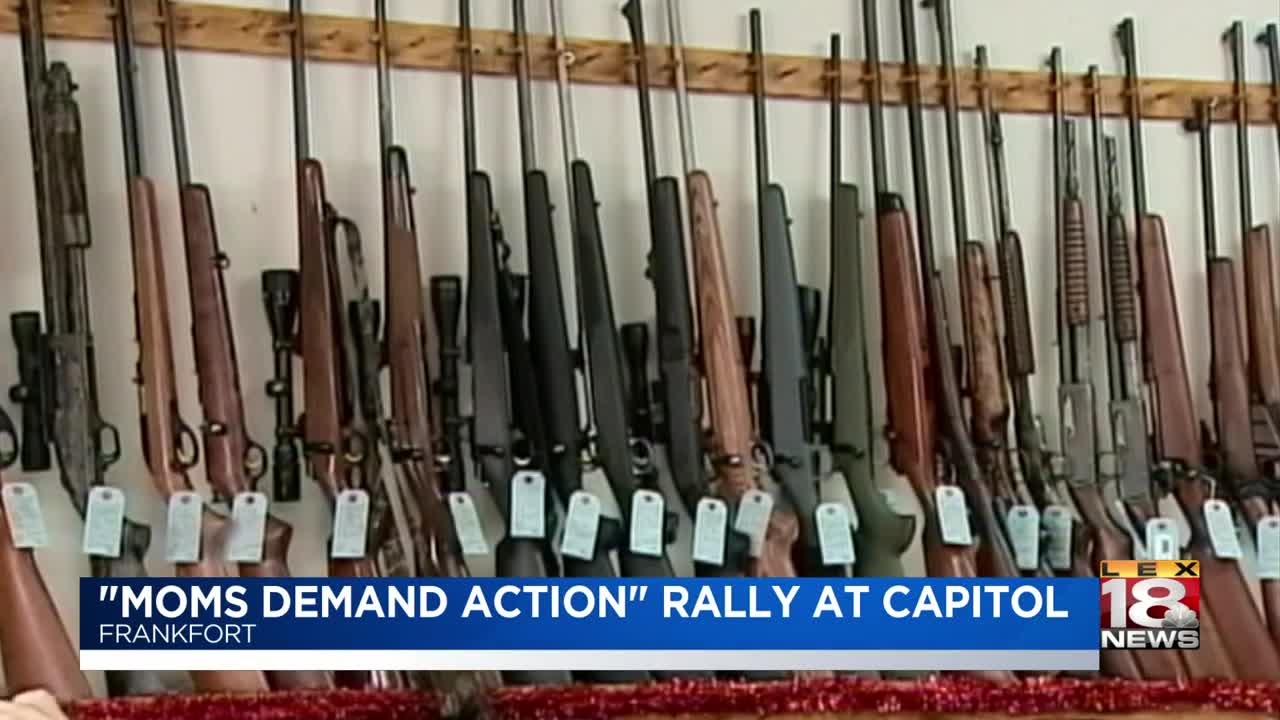 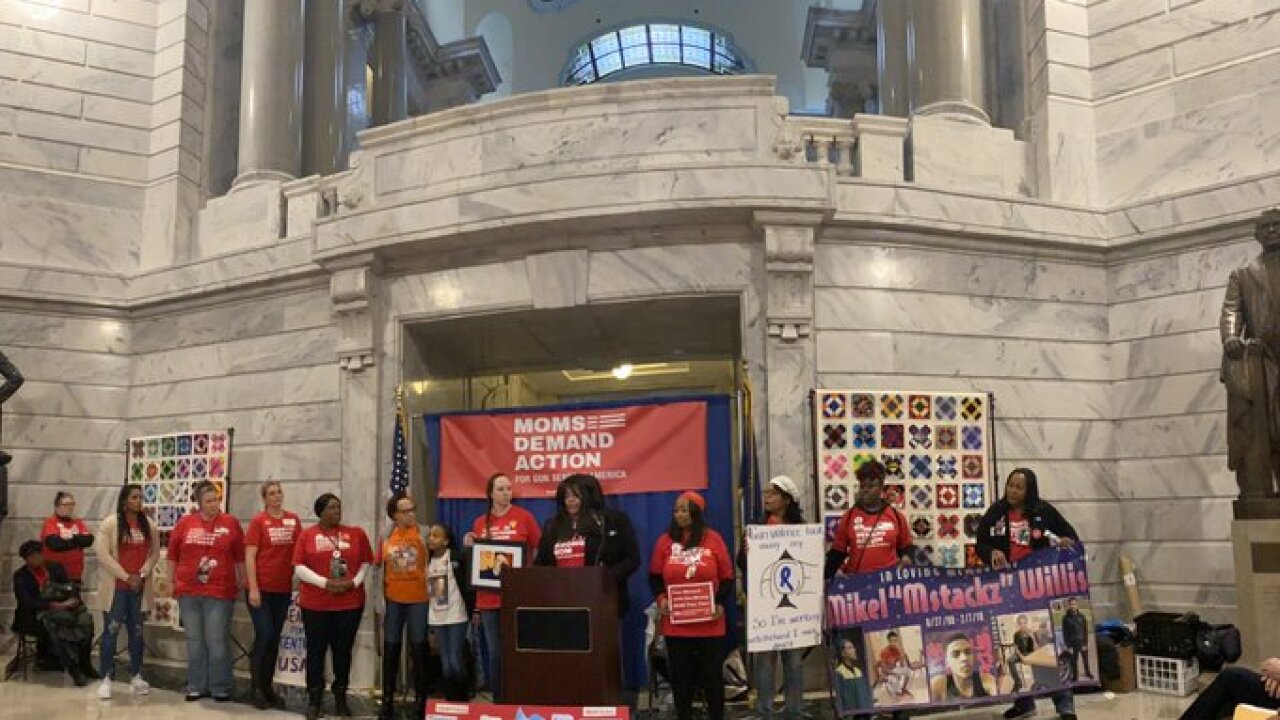 LEXINGTON, Ky. (LEX 18) — More than 100 volunteers with the Kentucky chapter of Moms Demand Action for Gun Sense in America rallied at Kentucky's Capitol on Thursday.

Walker shared his story of losing his son and daughter. His daughter, Savannah Walker, was shot and killed during a concert in Louisville on March 19, 2017. Seven months later, his son, Nathaniel Walker, died from a self-inflicted gunshot wound.

Dean Walker says his son struggled with his mental health, but was easily able to get guns legally. That's why he's pushing lawmakers to pass a Red Flag Law, which allows police or family members to petition a state court to temporarily remove guns from a person who may be a danger to others or themselves.

“Not one more” chant at the Moms Demand Action rally. @LEX18News pic.twitter.com/cQPnkaEQVi

"I believe if Kentucky had a Red Flag Law in 2017, my son would still be alive," said Walker.

Walker and the other volunteers called for other changes, like universal background checks.

"You have messed with the wrong mom this time," said Franklin. "They have better start talking about common sense gun laws."

In addition to the rally, volunteers met with lawmakers - urging them to enhance Kentucky's gun safety laws.

"We are here to go toe to toe with the gun lobby and we are winning," said Connie Coartney, the leader of Kentucky's chapter of Moms Demand Action.