NAACP hopes protests lead to change for all 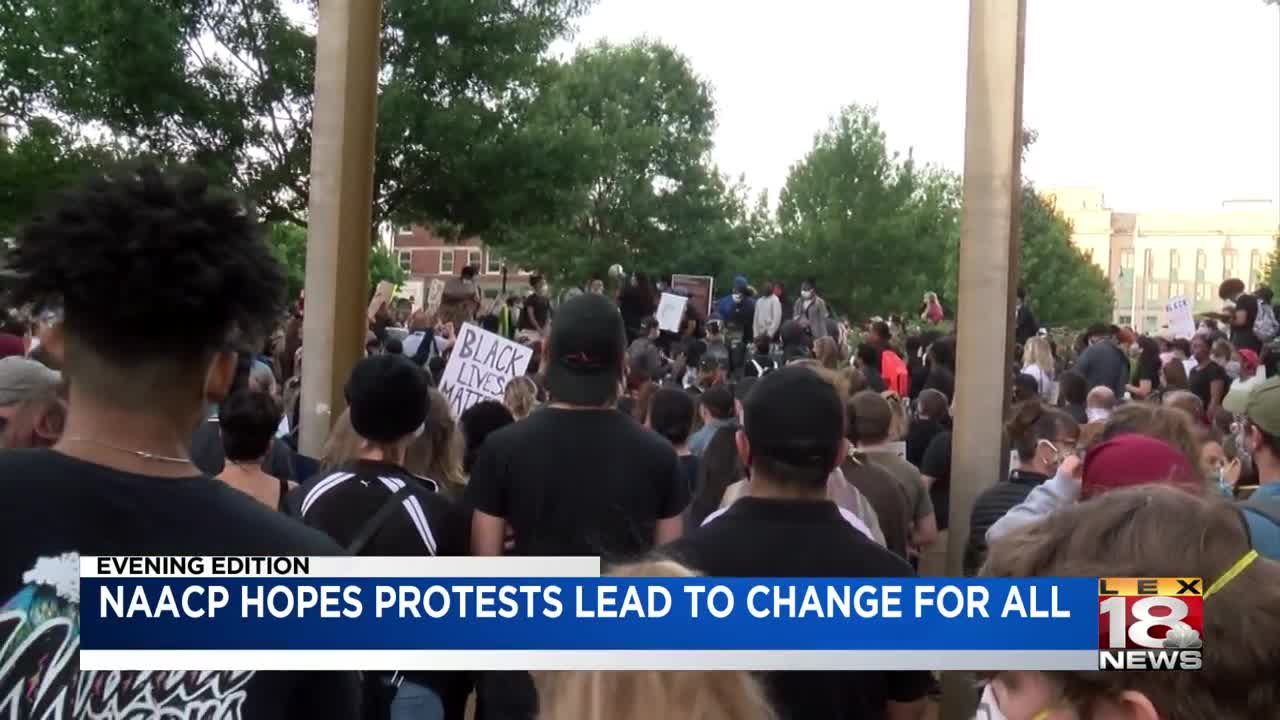 LEXINGTON, Ky. (LEX 18) — The president of the NAACP in Lexington says he hopes the protests in the city this weekend spill over into efforts to improve the lives of all Kentuckians.

'Don't kill my sons', 'Black Lives Matter' and 'We will not be silent' are just some of the signs that were held by several hundred protesters in Lexington.

"I was encouraged where a young male was shaking the hands of some officers. And I've heard that some of the officers were taking a knee praying with some of the protesters," NAACP President Abdul Muhammad, said.

The protests in Lexington were peaceful. However, in other cities like Louisville, fires, store break-in's and shootings happened.

Muhammad says he is glad the protesters in Lexington stayed focused.

"What does do people good, is when you see younger folks and older folks trying to get their voices heard, trying to keep orderly attention, bringing the police to have a conversation. That's more powerful than me throwing a brick at them," Muhammad said.

Muhammad says the city was intentional and focused on the mission of making their voices heard and calls on his African American community to continue to build each other up.

"When you have black leaders and teachers and educators, people of power, together, that builds power," Muhammad said.

The NAACP president says if we do not have more engagement between the community and police, along with people showing up at the polls in November, we will be back here, again, in a matter of time.

"We need to learn how to hold them accountable at a higher level, because all of them aren't bad. A big chunk of them are actually good. But it's that small percentage that always seems to mess things up for all of us," Muhammad said.