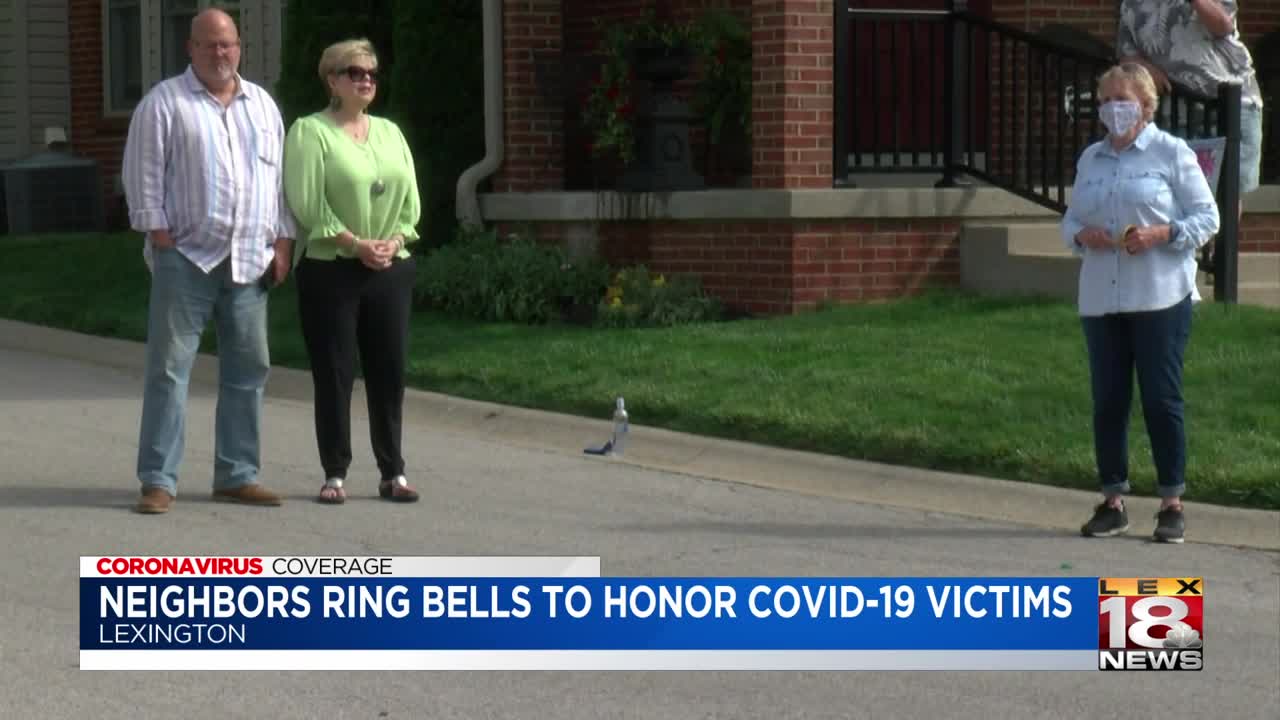 LEXINGTON, Ky. (LEX 18) — If you’ve taken a morning drive through the Amick Way-Forest Hill neighborhood in the last two months, you’ve most likely heard the sounds of bells.

“Everybody has their own bell and all the bells are different. They kind of suit that person,” said Brenda Bragonier.

Since late March, a group of neighbors have come together nearly every day at 10:00 a.m. to ring bells and play songs in honor of those we’ve lost to COVID-19 and the hard-working people on the front lines. They usually meet the days following Governor Andy Beshear’s press conferences.

While it’s become routine, after Friday, you won’t hear the bells as often, marking a transition during the pandemic.

“Everything has a beginning and an end,” said Bragonier. “The governor is opening up the state to travel [Friday] and so we thought, not that things are over, but this is a new phase.”

It’s a new phase, but not one that forgets about those affected during this time. The group hopes to still meet up at least once a week, bells in hand.