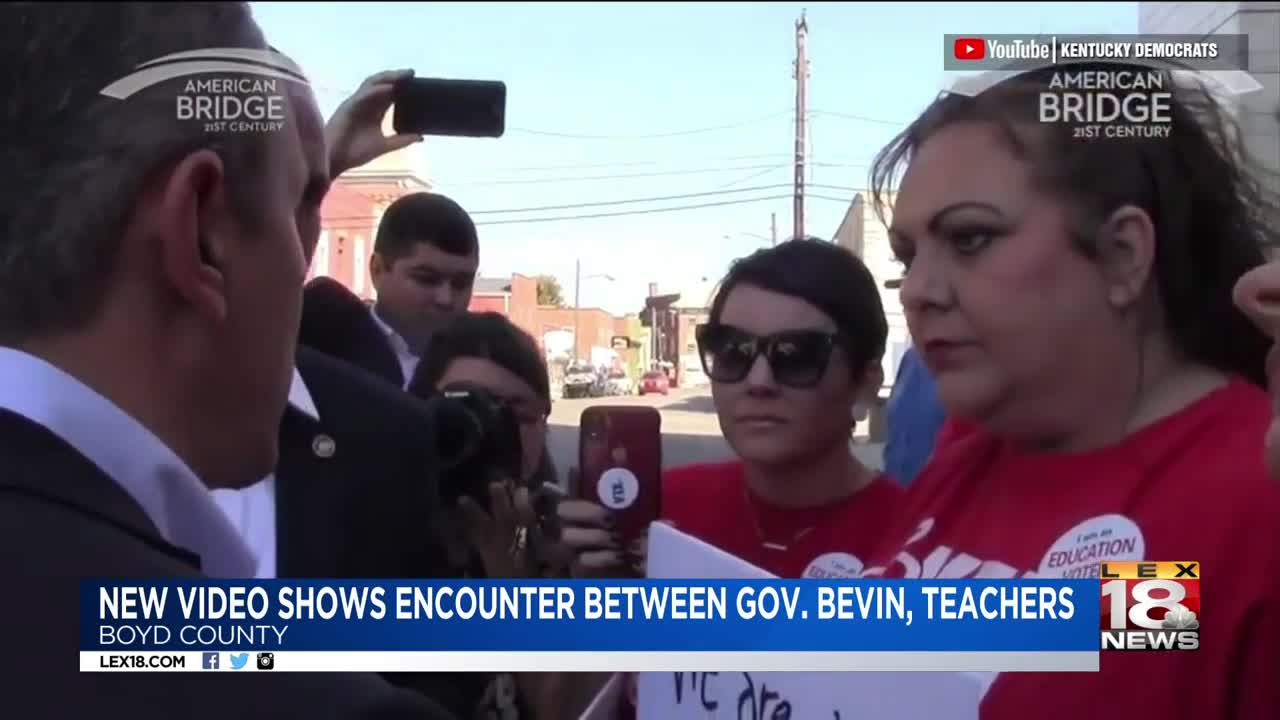 In one, teachers are heard chanting "Eastern Kentucky is not for sale."

As the Governor talks to a group of teachers, one woman jumps into the conversation. "Kind of convenient that it's only like 30 days to the election and now you show up," says the woman. "That's convenient."

It's difficult to hear over the chanting, but Governor Bevin responds saying "I have been to this county more than any governor in the history of this state."

"Cause you're trying to buy us," replies the teacher. "We're not stupid."

This encounter happened on Saturday when Gov. Bevin was in the area announcing funding for transportation. Another video shows him addressing the teachers from the podium.

"The very behavior that you're exemplifying, you would - any child who acted this way at recess or in your schools, you would not accept it," says Gov. Bevin. "The fact that, as adults, you're modeling this for the children that are here, says a lot more about why you're really here. If you truly care about this community, you'd come on over and be part of the community."

Kentucky Democrats say this event is "just another example of his bullying and disrespect" towards teachers.

“Matt Bevin’s latest confrontation towards teachers is just another example of his bullying and disrespect towards the people who dedicate their lives to educating the next generation of Kentuckians,” said Marisa McNee, spokesperson for the Kentucky Democratic Party. “For Bevin to suggest that teachers – many of whom take up second jobs to make ends meet – don’t care about their community is wrong. The Commonwealth of Kentucky deserves a new governor who will actually listen to our educators and do what’s right for students and public schools.”

But the Governor's campaign says these videos show a dialogue being had.

“It is very telling that Andy Beshear and his liberal entourage are outraged that their governor took the time to thoughtfully listen to Andy's own supporters," said Davis Paine, Bevin Campaign Manager. "Andy and his liberal funders are so furious that the governor has stopped their radical agenda that they now consider it unacceptable to have a dialogue on important issues.”