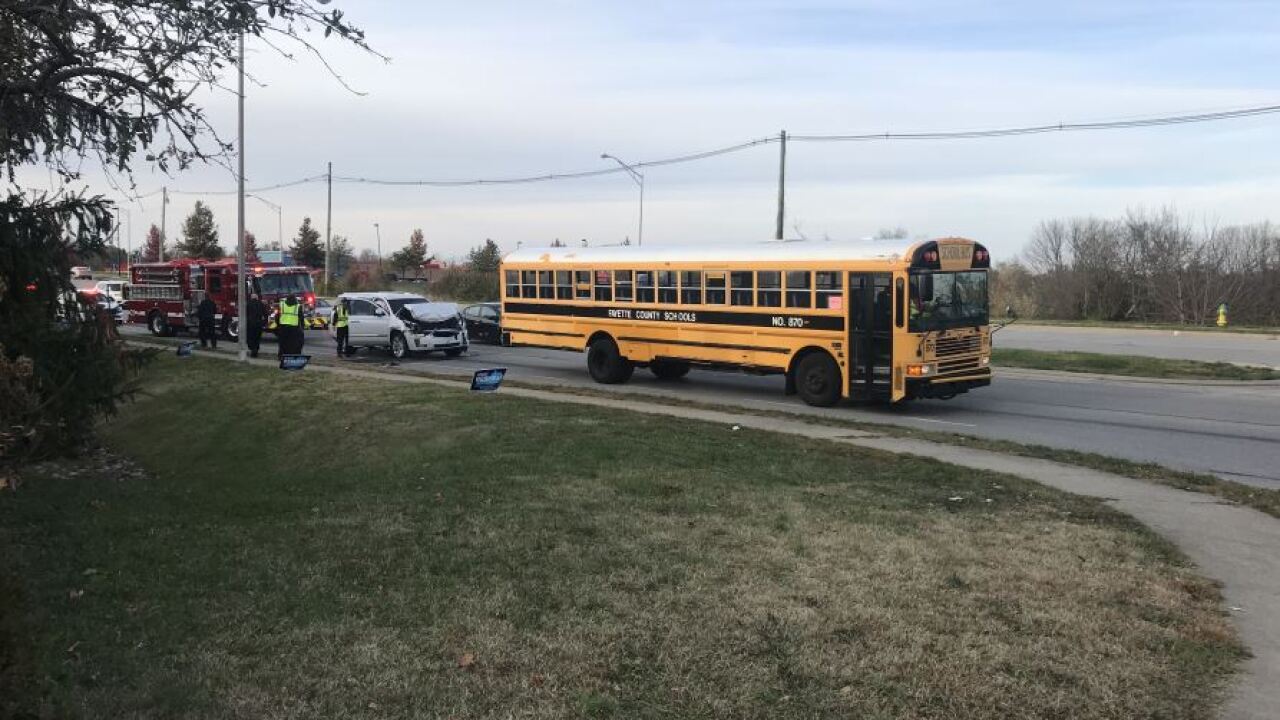 Bus 870 was involved in a crash at Liberty Road and Rambling Creek Road. A spokesperson for Fayette County Public Schools told LEX 18's Katherine Collins that the initial reports indicate the bus was stopped and was rear ended by an SUV.

She said there were approximately 24 students from Frederick Douglass High still on the bus.

The SUV was towed from the scene.