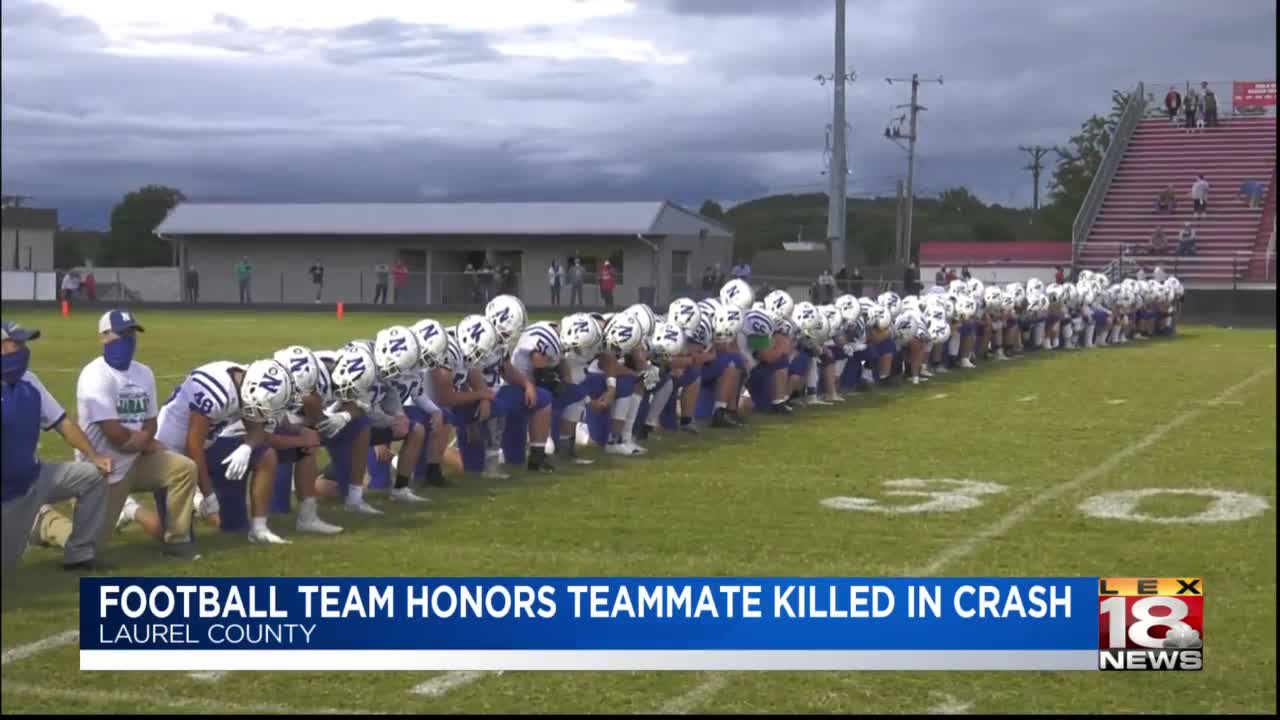 The North Laurel High School football team walked arm in arm under the lights Friday to the 26-yard-line and knelt to honor their teammate who wore the number 26. 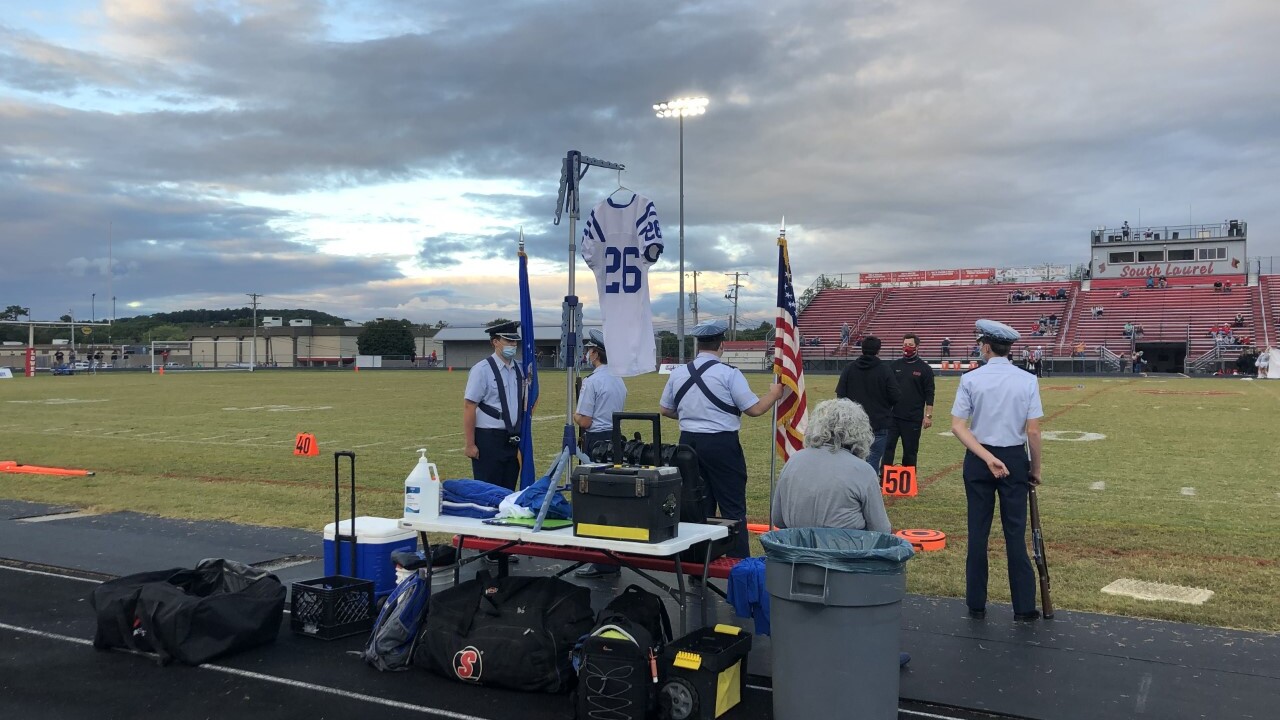 LAUREL COUNTY, Ky. (LEX 18) — The North Laurel High School football team walked arm in arm under the lights Friday to the 26-yard-line and knelt to honor their teammate who wore the number 26.

His family looked on as the crowd and North Laurel's opponent, South Laurel High School, took a 26 second moment of silence to honor Kole Robinson.

Robinson, 15, was killed in an ATV accident last weekend. His brother Konar, a senior on the football team, was injured in the accident and recently released from the hospital.

"This game and the rest of our season is dedicated to Kole," said North Laurel coach Chris Larkey.

Robinson's jersey was also placed on the sideline throughout the game.

It was a difficult week for the players, Larkey said, but the entire team wanted to show their support for the Robinson family and Konar in his recovery.

"I talked to him yesterday, he cares so much about the guys out there and our guys have to be there for him the rest of his life to help him through all this," he said.

The Laurel County community has come together to support the family in the past week, Larkey said, and that support will continue.

A GoFundMe page was set up on behalf of the Robinson Family to help pay for medical and funeral expenses. Click here to donate.