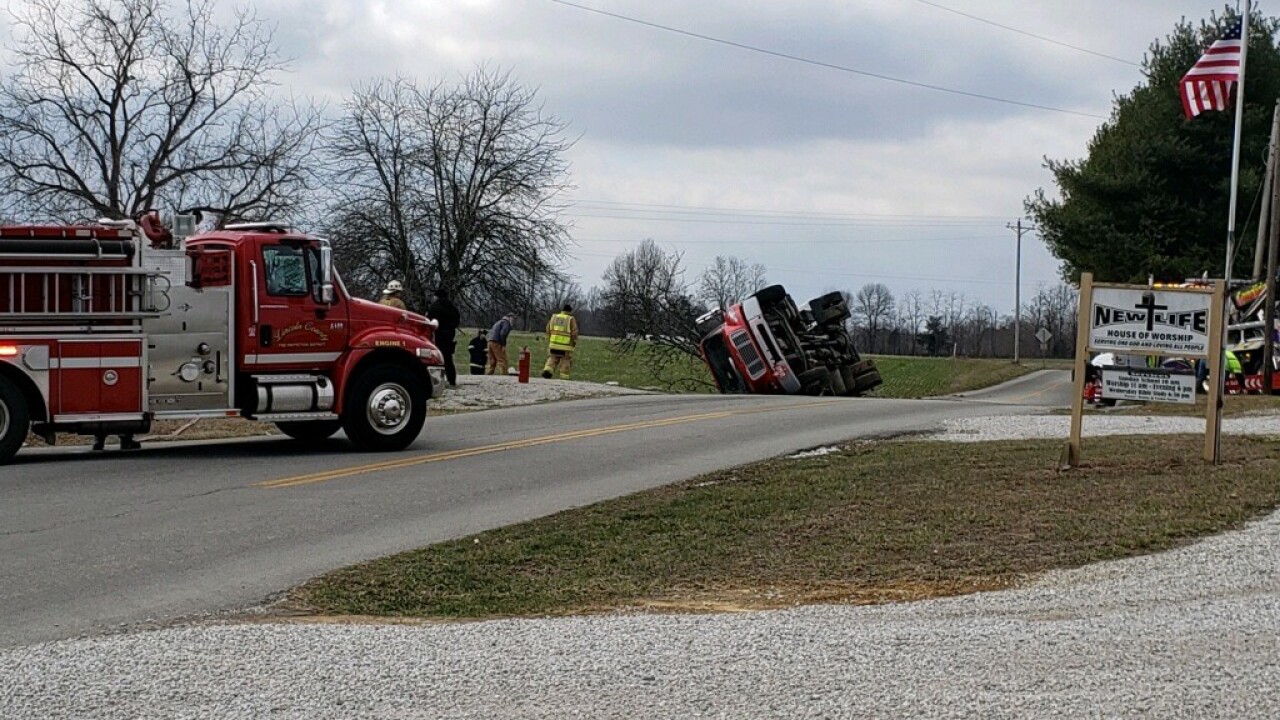 Officials said no evacuations took place, but that people who live in two nearby homes were delayed from returning to their homes while cleanup was going on. Those families were not home at the time of the wreck.

Officials said fewer than 100 gallons leaked. The driver of the truck was taken to an area hospital to be checked out but was expected to be OK, authorities said.

The roadway reopened by 1:00 on Tuesday afternoon.