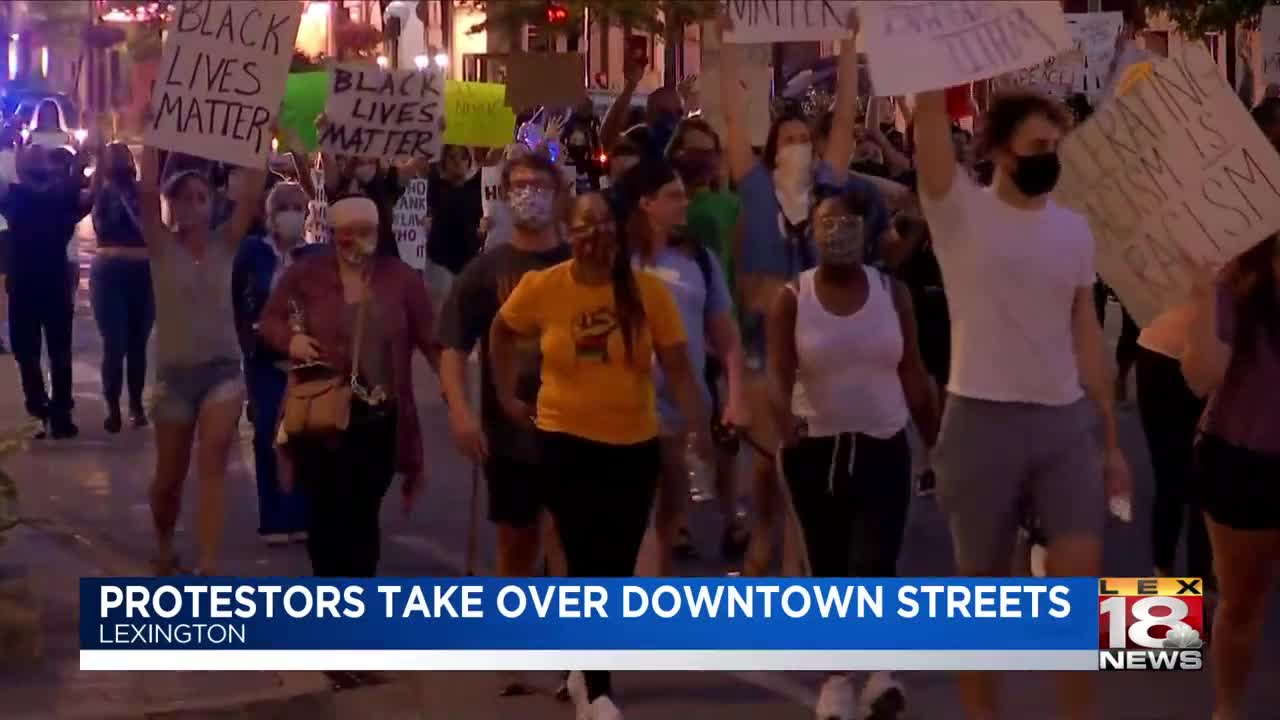 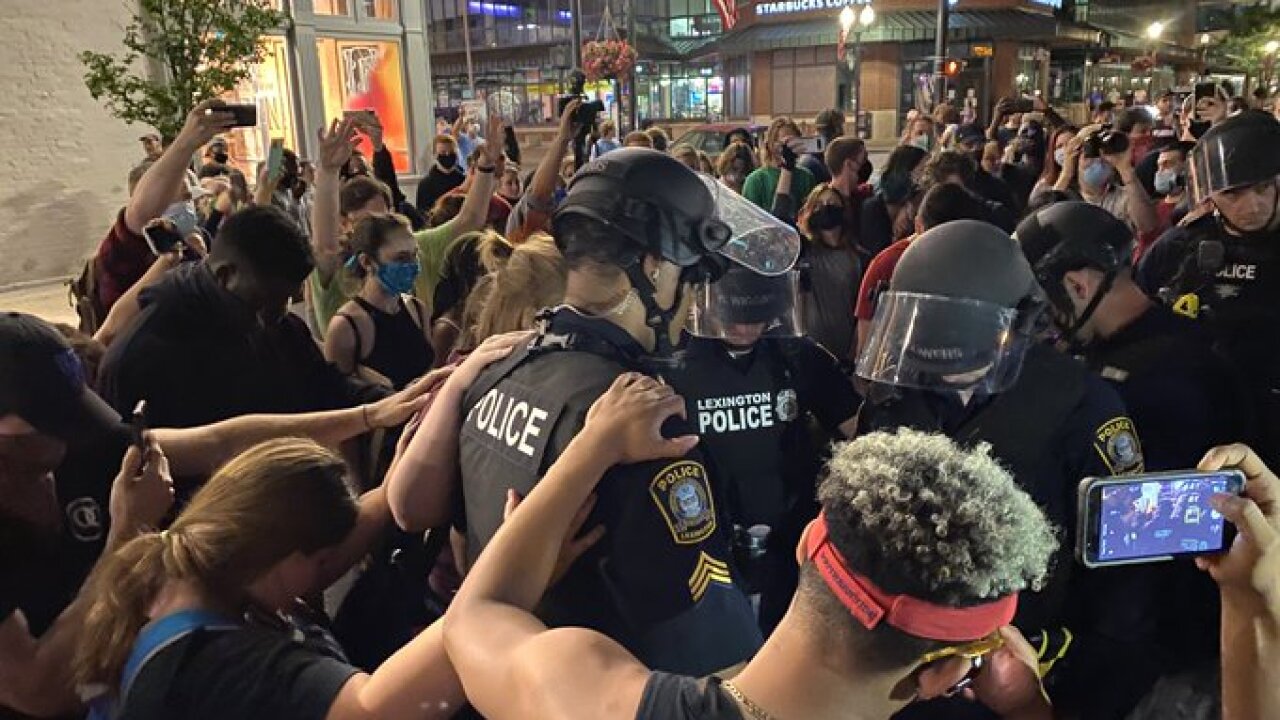 LEXINGTON, Ky. (LEX 18) — Protests are continuing in Lexington for the fourth straight night on Monday night. The protests are in the wake of the recent death of George Floyd in Minneapolis, Minnesota and Breonna Taylor in Louisville. There is estimated to be just over 100 people protesting.

Main Street in Lexington is blocked as protesters have taken to the streets for the 4th straight night in Lexington. They’re chanting “Say his name - George Floyd!” While heading towards police headquarters. @LEX18News #protests2020 #GeorgeFloydProtests pic.twitter.com/jyJLto81gV

The protests also come less than 24 hours after officers shot and killed a black man during a protest in Louisville. Officers say they fired their gun after someone shot at them. Louisville Police Chief Steve Conrad was fired Monday afternoon after it was discovered that none of the cops involved in McAtee's death had their body cameras turned on.

Traffic was halted on Main Street after protesters crowded the streets while chanting "Hands up, don't shoot." Protesters also confronted police officers in front of Lexington's police headquarters downtown. The protesters kneeled and chanted "I can't breathe" in front of multiple officers.

Protesters are marching again down Main Street in Lexington with hands in the air, chanting “hands up, don’t shoot!” Traffic is at a sudden halt. @LEX18News #protests2020 #BlackLivesMatter pic.twitter.com/9Iym2z0BdK

Protesters are now confronting officers in front of police headquarters downtown. They are kneeling and chanting “I can’t breathe!” @LEX18News #protests2020 pic.twitter.com/73485IbUHj

WOW. After the protesters chanted “walk with us!” for several minutes police officers are joining the protesters in their march down Main Street. People are high-fiving the officers. @LEX18News #protests2020 pic.twitter.com/5WvYVqwiGt