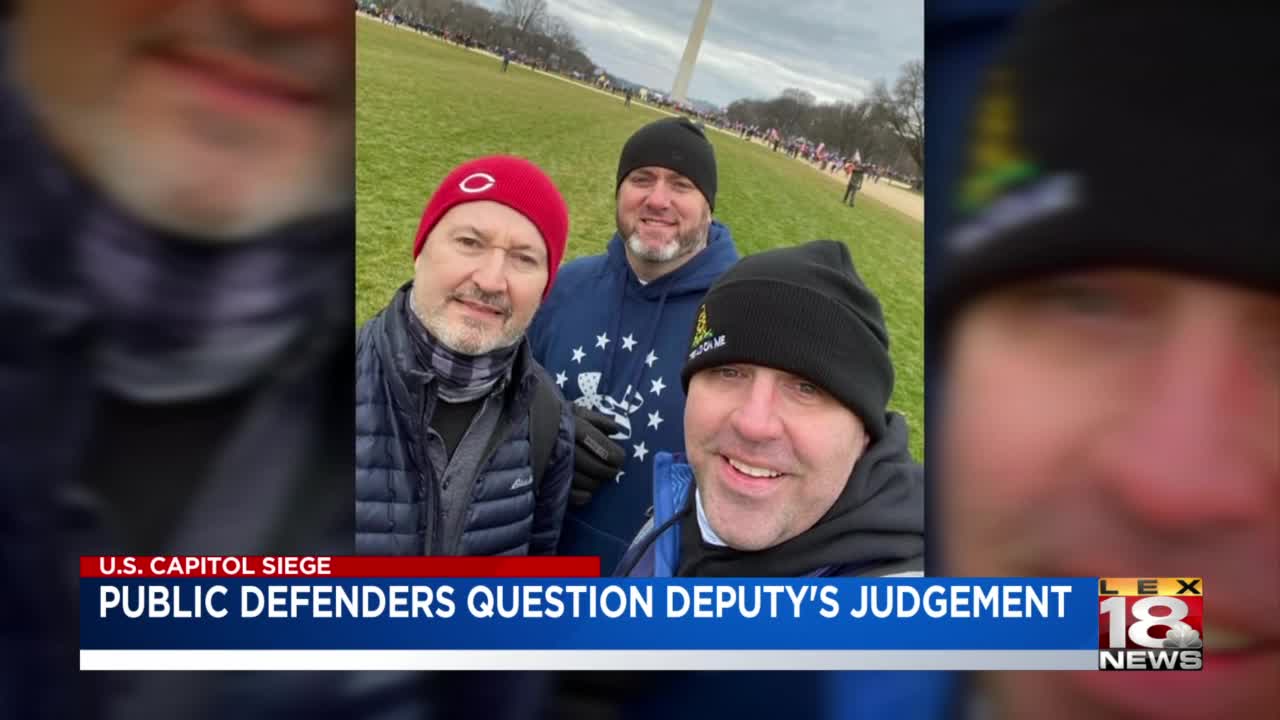 FRANKFORT, Ky. (LEX 18) — (LEX 18) - A Versailles man who attended Wednesday's rally of support for President Donald Trump is now under fire from some public defenders who question the Franklin County Sheriff's deputy's decision to attend the event on his personal time.

Five public defenders at the Franklin County Trial Office sent LEX 18 an email addressed to Franklin County Sheriff Chris Quire. In it, they wrote, it was "necessary to stand up and voice our serious concerns over the conduct of one of your deputies." They pointed out the January 6th event, of which they wrote, "resulted in the storming of our nation's Capitol Building and multiple fatalities."

Deputy Jeff Farmer and a friend from Louisville told LEX 18 Thursday they did not riot or participate in any violence. Both said they never reached the Capitol steps because they left when the violence broke out. Deputy Farmer called the rioters disgraceful saying, "They deserve to go to jail for what they did."

Deputy Farmer said he considered the rally a "send-off party" for the president, and added he supports the constitution.

In the letter, they asked Sheriff Quire whether "Deputy Farmer's conduct conflicts with the values expressed by the Franklin County Sheriff's Department; service, integrity, courage, fairness and innovation?"

LEX 18 reached out to Sheriff Quire for comment, but he did not return our call.

When we contacted Deputy Farmer about the email sent to Quire and LEX 18, he told us that was the first he heard of the letter. Deputy Farmer maintains he did nothing wrong and says he did not participate in any violence at the rally.

Farmer says since the story aired, he has taken down his Facebook account because of hateful comments that hurt his family.

Correction: An earlier version of this article inadvertently stated the name of the deputy was Chris Quire. Quire is in fact the sheriff. Jeff Farmer is the deputy who attended the rally. We regret the error.