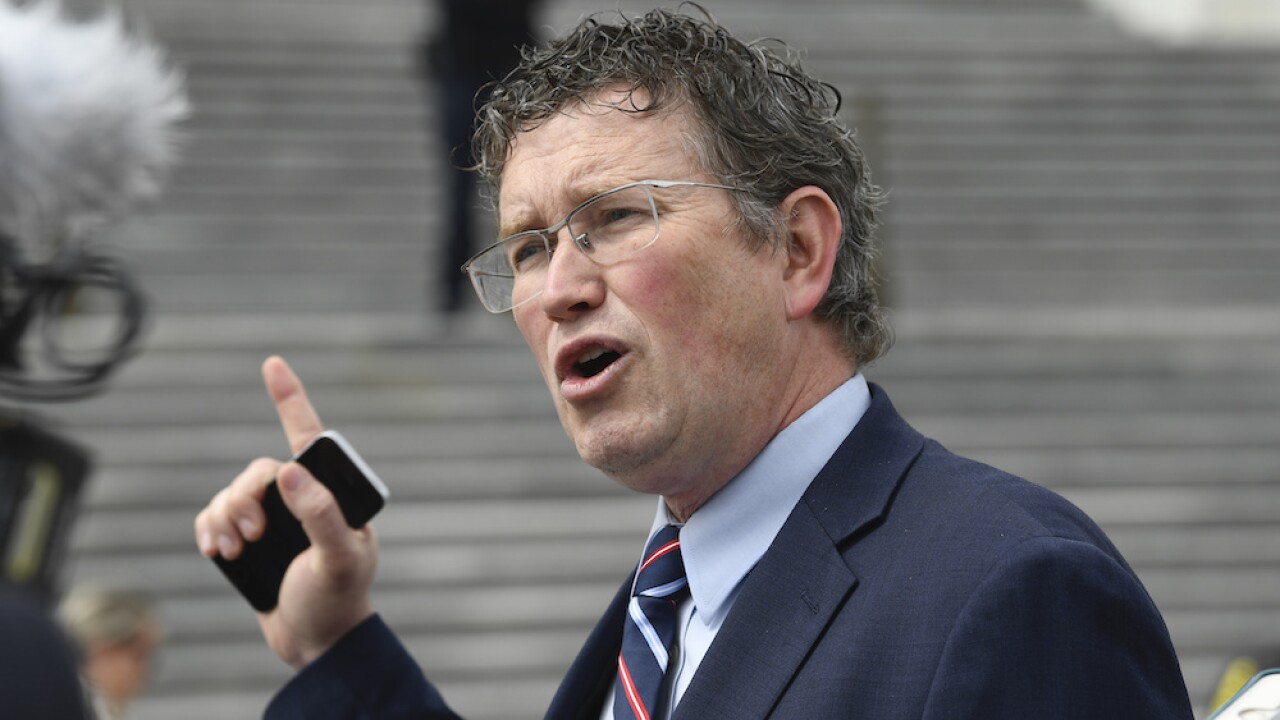 Copyright 2020 The Associated Press. All rights reserved.
Susan Walsh/AP
FILE - In this March 27, 2020 file photo Rep. Thomas Massie, R-Ky., talks to reporters before leaving Capitol Hill in Washington. He drew the president's wrath for seeking to slow congressional approval of a $2.2 trillion coronavirus-relief package, and now Massie is doubling down on the tactic and raking in campaign cash for his reelection bid. Massie's campaign said Monday, March 30, 2020 it had raised more than $110,000 over a three-day period when the Kentucky Republican was in the spotlight for his failed attempt to force a roll call vote on the relief on Capitol Hill. (AP Photo/Susan Walsh, file)

WASHINGTON (LEX 18) — Kentucky Republican Rep. Thomas Massie said in a tweet Wednesday he plans to oppose the second impeachment of President Donald Trump when it comes up for a vote in the House of Representatives Wednesday evening.

Massie said he will vote "nay" on impeachment because it will "unnecessarily increase political division in our country and serves no real purpose."

I will vote Nay on Impeachment today. I think pursuing impeachment will unnecessarily increase political division in our country and serves no real purpose.

Trump is on the verge of being impeached for a second time as the House planning the unprecedented vote one week after he encouraged a mob of loyalists to “fight like hell” against election results and the U.S. Capitol became the target of a deadly siege.

While the first impeachment of Trump last year brought no Republican votes in the House, a small but significant number of leaders and other lawmakers are breaking with the party to join Democrats on Wednesday even with days remaining in the president’s term.

Trump, who would become the only U.S. president twice impeached, faces a single charge of “incitement of insurrection.”

So far, Republican Reps. John Katko of New York, a former federal prosecutor; Adam Kinzinger of Illinois, an Air Force veteran; Fred Upton of Michigan; and Jaime Herrera Beutler of Washington state announced they, too, would join Cheney to vote to impeach.

Copyright 2021 Scripps Media, Inc. The Associated Press contributed to this report. All rights reserved. This material may not be published, broadcast, rewritten, or redistributed.