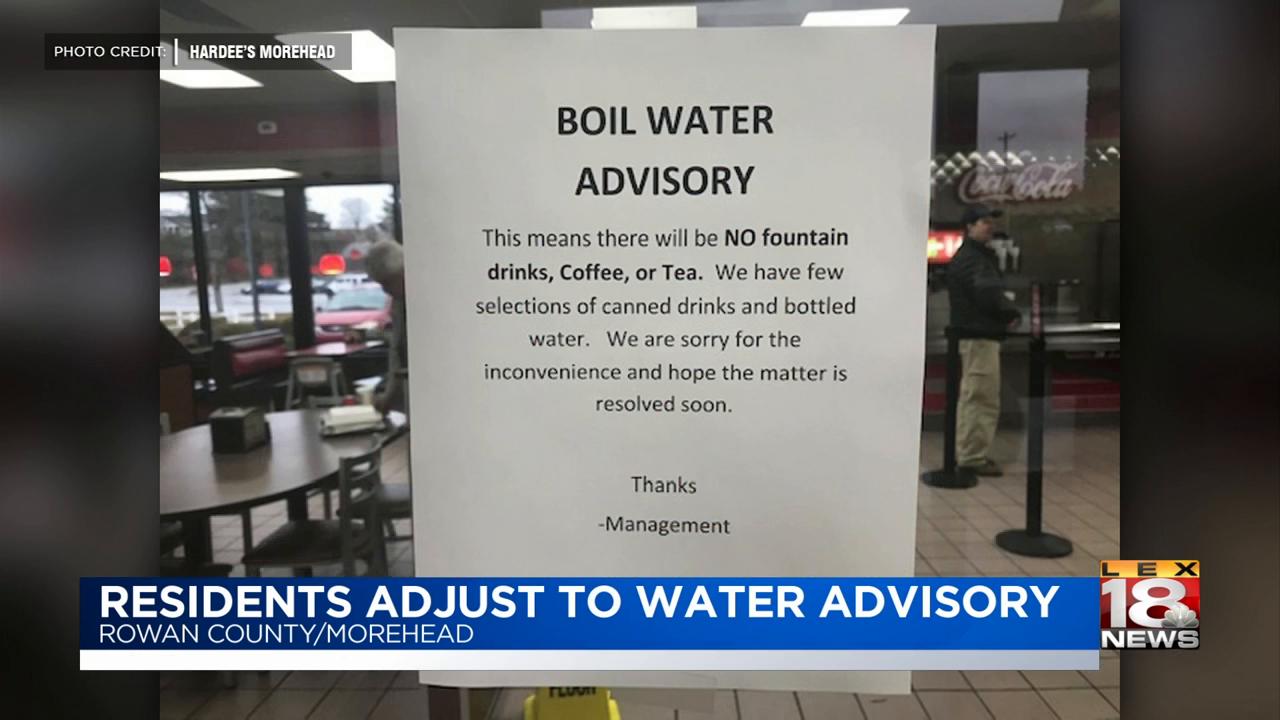 The flooding from the weekend rain has prevented officials from being able to properly and sufficiently treat the water leading to this issue.

Holly McGrath-Rosas, from the Morehead Utility Plant Board, issued a statement saying, in part, that they are working to resolve the treatment issue, including flushing the system to eliminate contaminated water.

Until the issue is fixed, fountain drink machines have been shut down and hot coffee isn't being brewed.

"We serve bottled water and bottle soda. Things like that, plus, if we don't serve our brewed teas made here we have those in bottles, so hopefully if anyone wants to come out we can still take care of them," said Tony Netherly from All Seasons Cafe in Morehead.