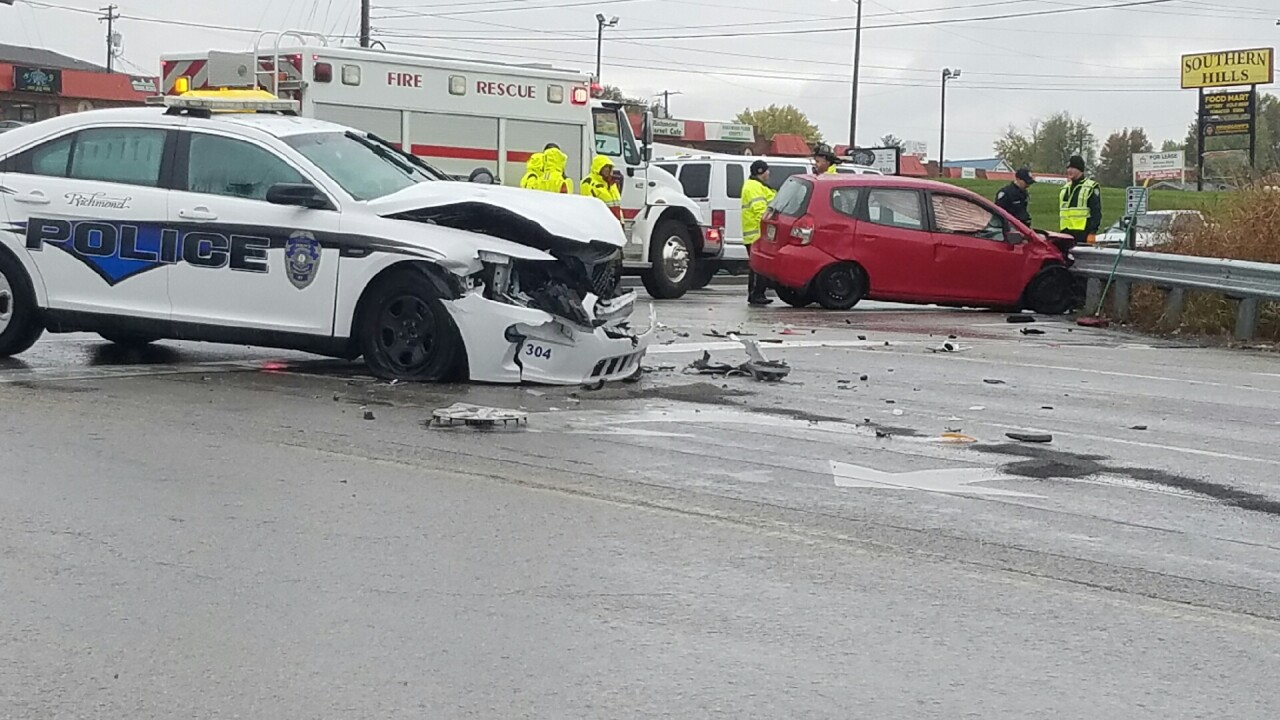 RICHMOND, Ky. (LEX 18) — Crews are responding to a crash involving a police cruiser in Richmond.

According to witnesses, the crash happened on the Richmond Bypass and Gibson Bay near Southern Hills. Two vehicles were involved and one of the cars is a Richmond police cruiser.

First responders are clearing the scene. There is no word on any injuries at this time.