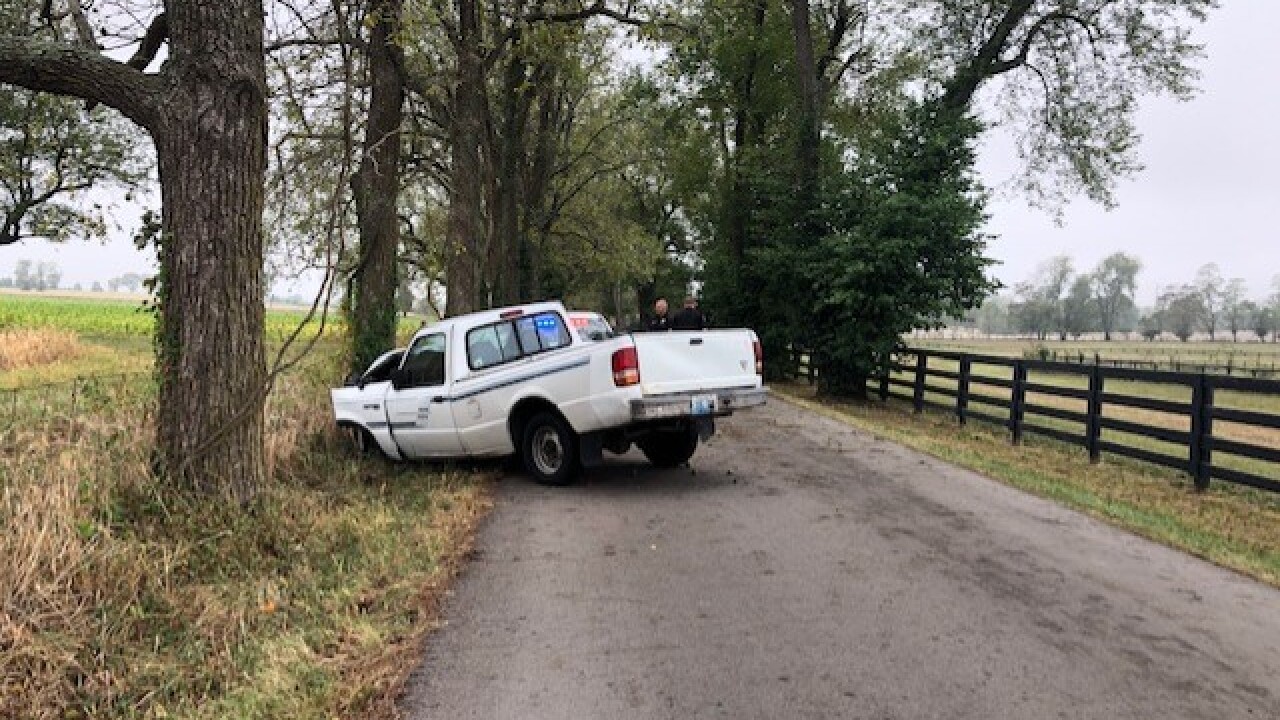 LEXINGTON, Ky. (LEX 18) — A retired Lexington police officer who stopped to render aid at a truck crash Wednesday morning had his sport-utility vehicle stolen by the passenger of the wrecked vehicle.

The suspect has been identified as 28-year-old David Sayre.

Police said they received a 911 call just after 10 a.m. reporting a crash along James Lane on the city's far southwest side.

Before police or emergency crews arrived, the retired officer came upon the scene and stopped to render aid, officials said.

But after he got out of his vehicle, he told police later, the passenger of the wrecked vehicle, Sayre, jumped into his black Suburban -- which had a gun inside -- and drove off.

Police later caught up to Sayre and arrested him near Newtown Pike. The vehicle and the gun were recovered.

The injured man was taken to an area hospital with minor injuries, police said.

According to police, Sayre has been charged with receiving stolen property and leaving the scene of a collision.