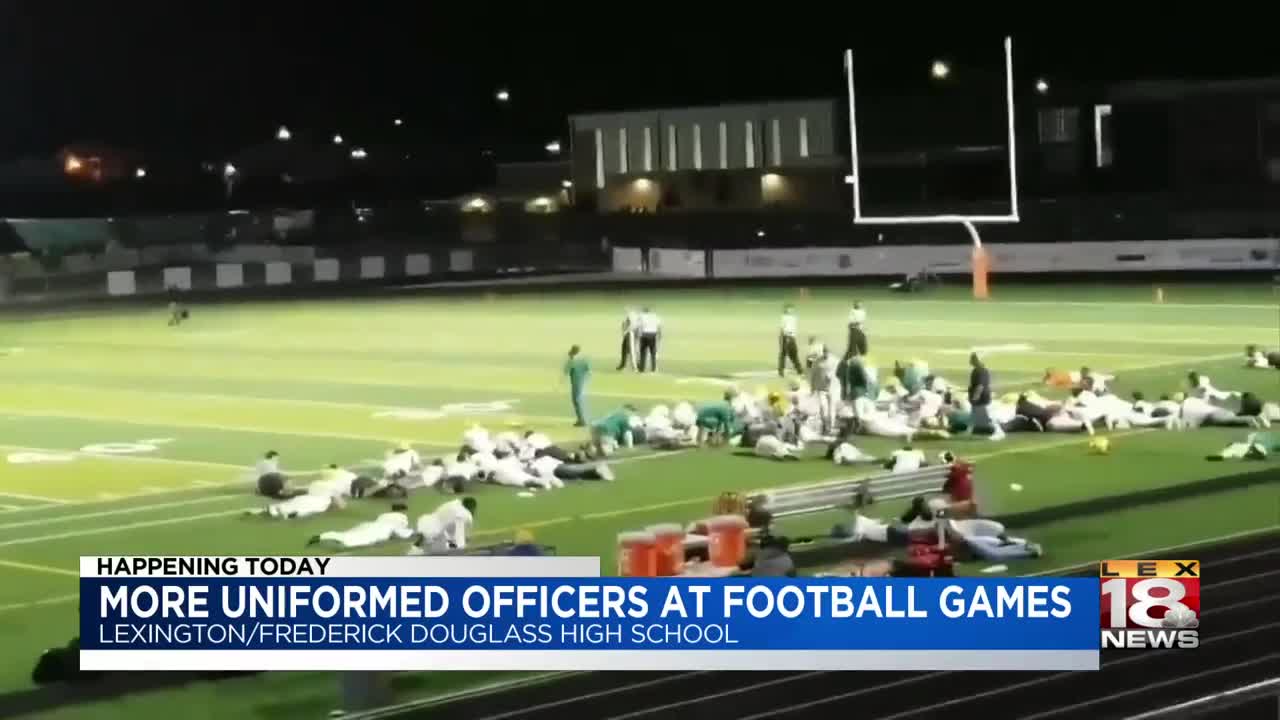 LEXINGTON, Ky. (LEX 18) — Football on a Friday night is a high school tradition.

But a scare last week at Frederick Douglass High School caused officials there and others in the Fayette County School District to rethink their game-time procedures.

During last Friday's game against Bryan Station at Frederick Douglass, something caused players and spectators to jump to the ground or flee the stands.

Many at the game said they thought they heard gunshots, but police said there was not evidence of that a shooting had taken place.

Fayette County Schools released a statement saying no administrators, chaperons or police officers at the game heard anything resembling gunshots or firecrackers.

Principal Lester Diaz told LEX 18 that the incident started when a group of middle school students began running. Those students were asked to leave, and the game resumed a few minutes later.

Starting with Friday evening's game against Tates Creek, there will be an increased amount of law enforcement at FDHS athletic events, and all city games will be moved up. You can find the new times on their website.