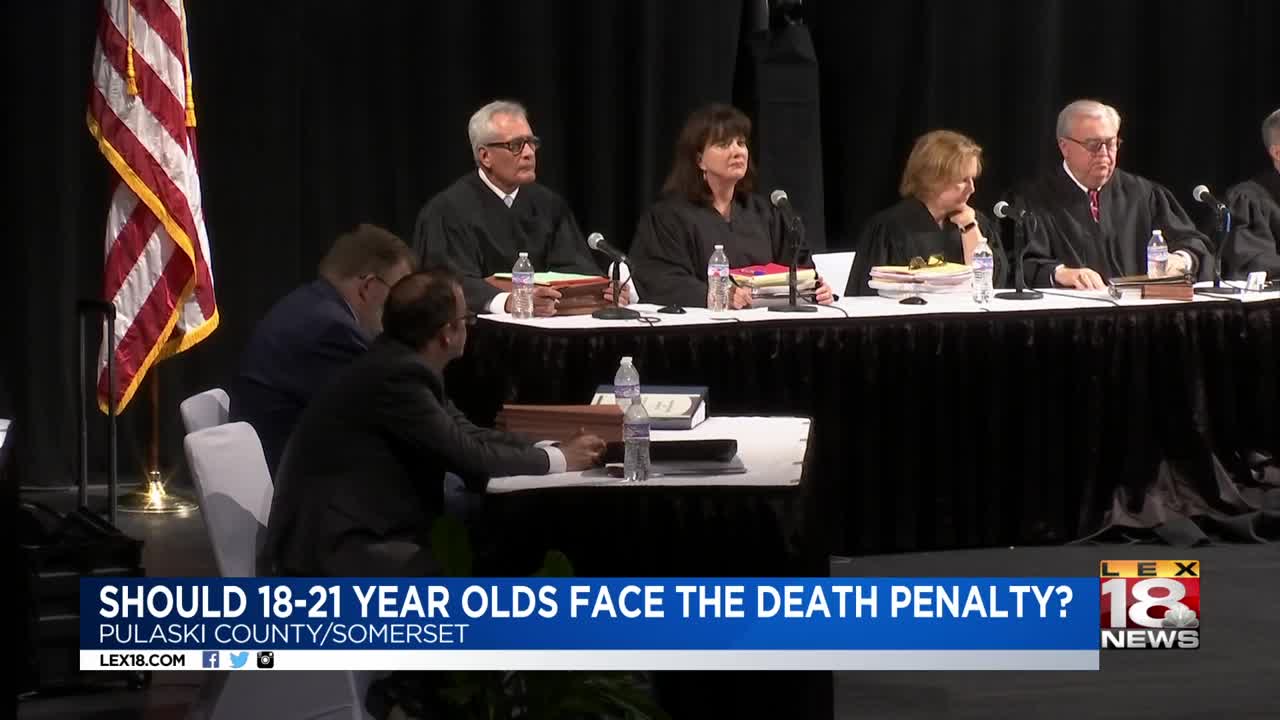 Currently, 18 is the legal age allowed in the United States. However, the Supreme Court of Kentucky could ban the death penalty for defendants who committed a crime between the ages of 18 and 21.

On Thursday, the Court heard the arguments surrounding two high profile murders out of Lexington.

In the first case, Efrain Diaz Jr. and Justin Smith are charged with the death of UK student Jonathan Krueger. Police say Krueger and a friend were walking home on East Maxwell St. in 2015 when Diaz, Smith, and Roman Gonzalez approached them. Police say the three were armed and one of them shot and killed Krueger.

In the second case, Travis Bredhold is accused of allegedly robbing and killing gas station attendant Mukeshbhai Patel in 2013. Bredhold was 18-years-old at the time.

If things stand as they currently do, Bredhold, Diaz, and Smith will not face the death penalty.

In Fayette County Circuit Court, Judge Ernesto Scorsone ruled the death penalty is unconstitutional for people in that age range because new science shows their brains are still developing and they lack the maturity to assess risks and control their impulses.

The defendants' lawyer, who wants the Supreme Court of Kentucky to uphold Scorsone's ruling, used the science argument in court today.

"In 2005, we thought the problem with juvenile misbehavior was simply that the brakes were defective," said defense lawyer Timothy Arnold. "Now, we know they have their foot on the gas and they are flooring it between the ages of 18 and 20."

The Attorney General's Office argued against that, hoping to convince the Court to overturn the Scorsone's ruling.

"Judge Ernesto Scorsone of the Fayette Circuit Court abused his power when he decided that 18 to 20 year olds were exempt from the death penalty," said assistant state attorney general Matthew Krygiel.

The Attorney General's Office argued that the Supreme Court of the United States set the age for capital punishment at 18 and that should be followed. Krygiel reiterated that 18 is the legal age of an adult in the United States.

"Being 18 years old, you can enlist in the Army," said Krygiel. "They give you an assault rifle and send you halfway across the world, and after some basic training on the rules of engagement, you're going to decide whether or not to pull a trigger and shoot somebody."

However, the defense lawyer believes the Kentucky Supreme Court has the power to revisit the age limit. Arnold argued that given the new science available, 18 to 21 year olds should not have capital punishment as a penalty option.

"To be clear, nobody's proposing throwing a parade for anybody," said Arnold. "What we are saying is simply that they're not eligible for the death penalty. They'll still be eligible for life without parole or any other penalty that would be applicable to somebody who committed a serious crime. The death penalty is reserved for the worst of the worst, and science shows that they're not that."