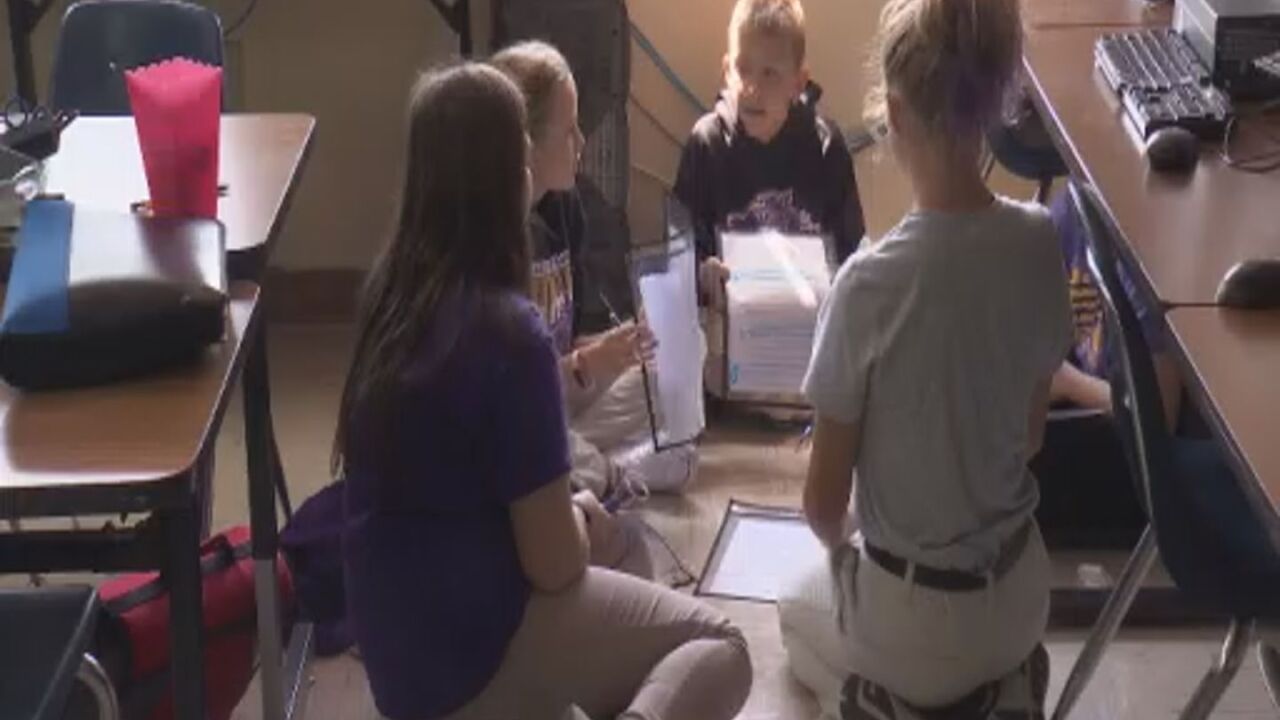 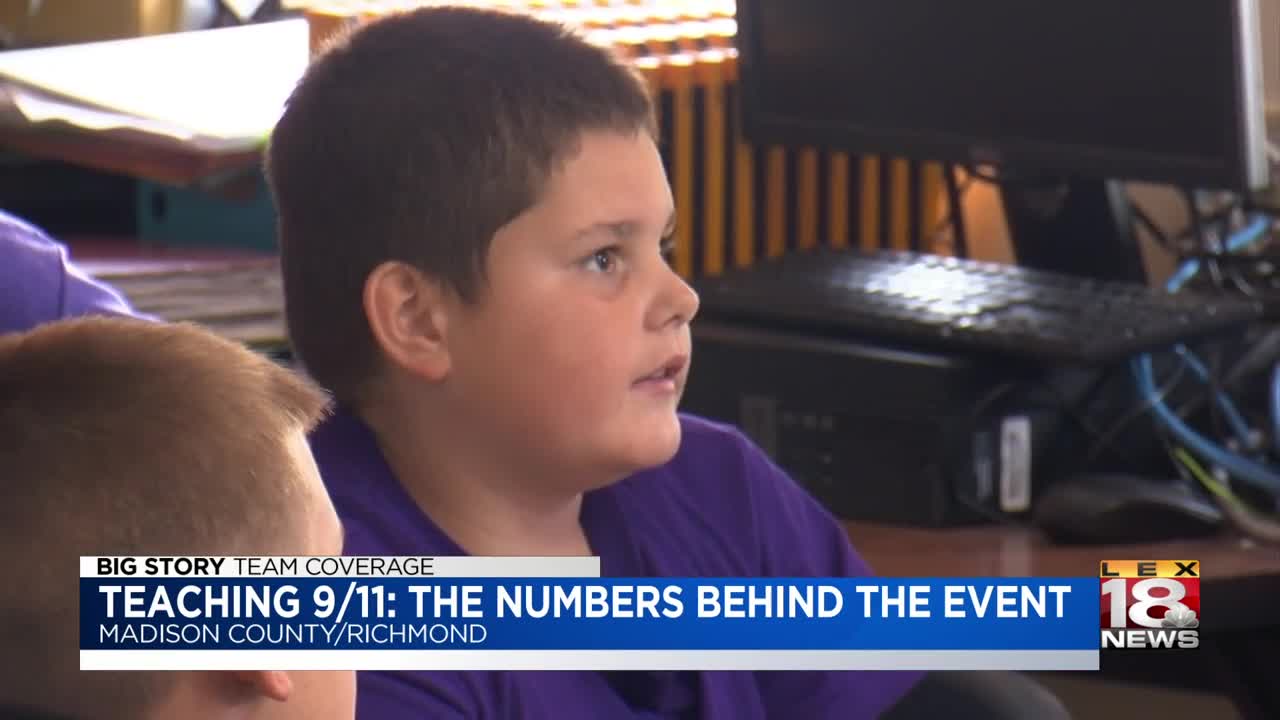 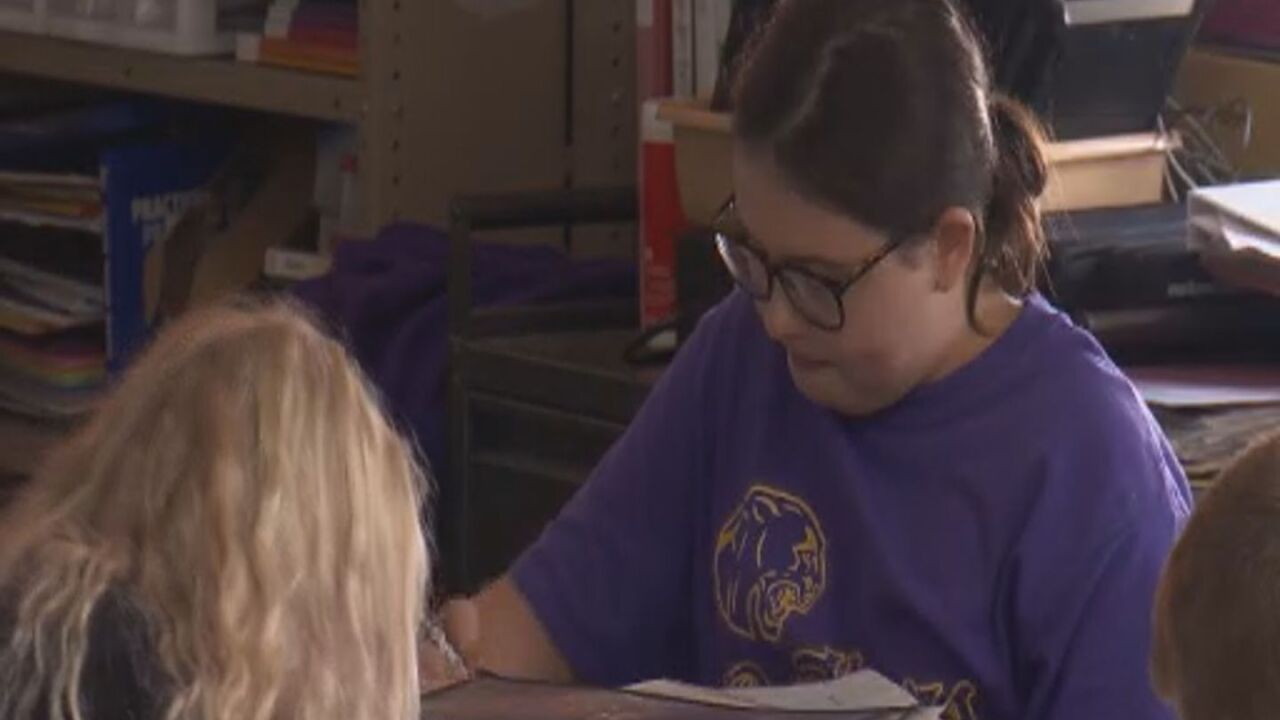 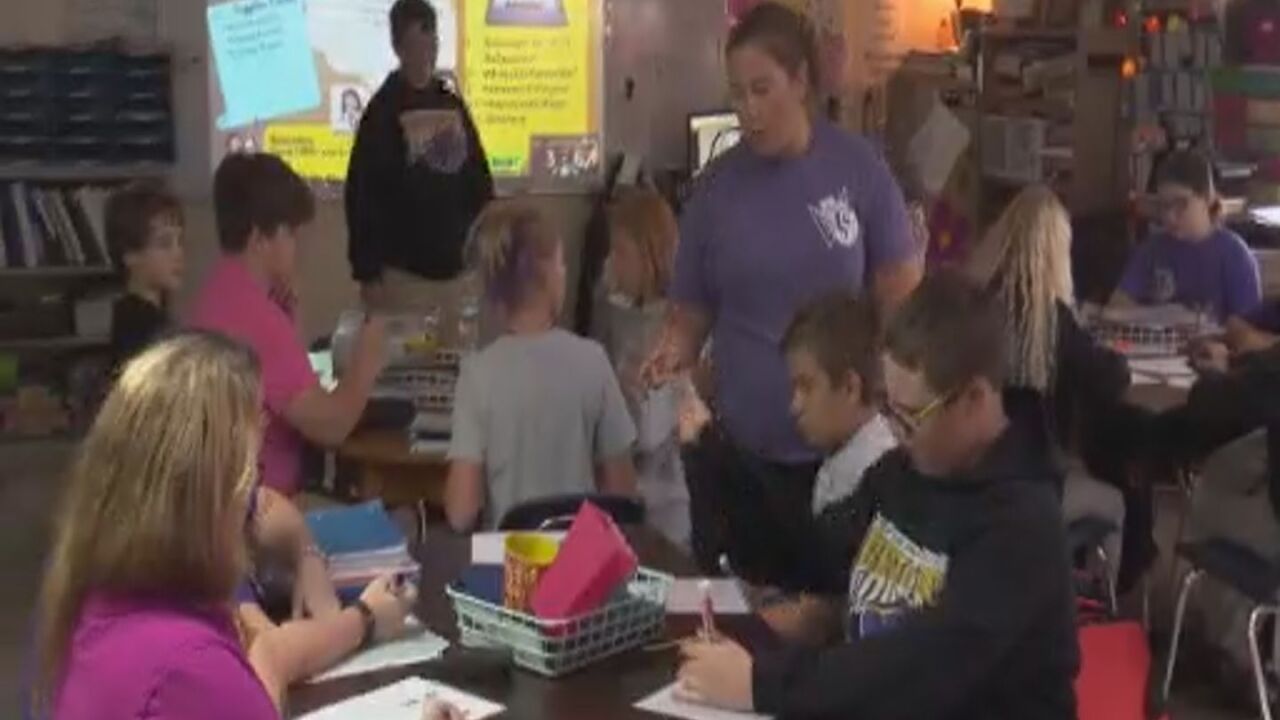 MADISON COUNTY, Ky. (LEX 18) — Survivors of 9/11 share their stories and every year, the nation remembers what happened on this day in 2001. But today marks the 18th anniversary, meaning many teens and kids around today were not alive yet.

So how do you explain 9/11 to those who didn't live through it? One Madison County middle school teacher found a way to do it through numbers.

"I'm going to go around and check your homework," said Mrs. Amber Snell, a math teacher at Madison Middle School, as she began class for the day.

Just like most days, her lesson plan dealt with numbers today.

"Which of the three numbers, (do) you think is most important?" she asked her students.

But today's numbers focused around 9/11.

"Number killed in the attack on New York, in the Twin Towers and in aircraft that crashed into them: 2,823," read one of the students.

"It's numbers. It's data. It's the stories behind those numbers," said Snell. " Just helping them see that and understand that, especially for this event."

This is an event that Snell wants to help her students understand, because although they hear about 9/11, her sixth graders weren't around when it all happened.

"We ask them to have a moment of silence. We ask them to listen to a poem," said Snell. "And really, how do they understand what they're trying to remember? They weren't alive. They have no reference for that."

This lesson plan didn't shy away from the sad details. Students tackled tough topics like the number of bodies recovered at Ground Zero.

"It's morbid. Nobody wants to think about it, but it's the reality of the situation," said Snell. "My kids know that I won't shy away from tough topics. I've told them I'll always be honest with them."