Tourism official speaks out about comments made during Fiscal Court meeting 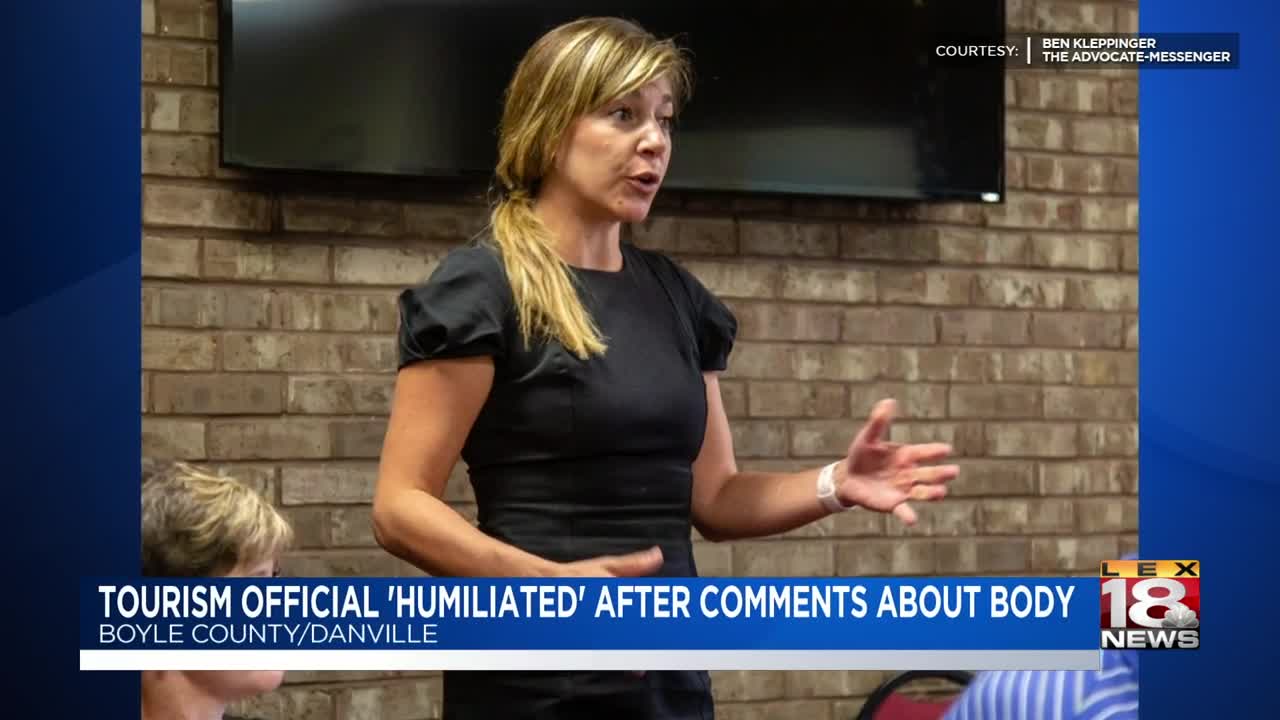 BOYLE COUNTY, Ky. (LEX 18) — A Boyle County tourism official spoke with LEX 18's Mike Valente about comments that were made about her as she stood in front of the fiscal board Tuesday night.

Director of Tourism Jennifer Kirchner said that she was giving a routine presentation on hotel taxes in front of the board when Danville Mayor Mike Perros pointed out to Magistrate Phil Sammons that Kirchner was not wearing socks. Sammons apparently replied that if he had legs "like that," then he wouldn't have to wear socks either. The comments caught the attention of another magistrate and when Sammons was prompted to repeat the comment to the whole room, Kirchner said her heart started racing.

"It kind of shocked me. I remember thinking, 'you're talking about my legs?!' It kind of felt like a surreal moment," she said.

Kirchner pushed back and and told the men that she would not let them objectify her, but she tells LEX 18 that this is not the first time she has been subjected to inappropriate comments by county officials.

"This particular time, in such a formal, important setting, and the way it unfolded, shocked me," said Kirchner.

Mayor Mike Perros told LEX 18 that Sammons had been teasing him about wearing no socks, but he admitted that the comments made about Kirchner were inappropriate and Perros commended her courage in making everyone aware they should be treated with respect. He also released the following statement:

As Mayor of Danville, it is my responsibility to be a role model and leader regarding the type of behavior that is to be demonstrated in our community. At the most recent Fiscal Court meeting, I inadvertently failed as a role model. My participation in jocular back and forth comments with Magistrate Phil Sammons initiated inappropriate comments. I am issuing this response to state publicly that tourism director Jennifer Kirchner was right to stand up for her self and her professionalism. I was wrong to respond to a previous comment made to me in a public meeting. Thank you, Ms. Kirchner, for making me aware of what is not only needed - but is required - regarding male behavior in all instances. Please know that as the father of three well-educated and successful daughters, I completely support the role of women being equals in any endeavor. I admire and respect Ms. Kirchner standing up for herself, as I would expect my daughters to react in a similar situation. We are past the days of what might seem demeaning to others - men and women. We are equal. We should be treated equally and with respect from each other. I appreciate Ms. Kirchner's courage in making all of us aware, as we needed to be, and should be. As Mayor, I apologize for any embarrassment to Ms. Kirchner, our community and our city. The Danville City Commission planned, several weeks ago in fact, a seminar to advocate for a workshop regarding sexism in the workplace for all city officials in the near future. I will be there. The City Commissioners will be there. I will also extend an invitation to the Fiscal Court. Respectfully to all, Mike Perros

Sammons did not respond to LEX 18's request for comment.

Judge Executive Hunt announced Wednesday that in light of the comments made at the meeting, all Fiscal Court members will undergo sensitivity training.