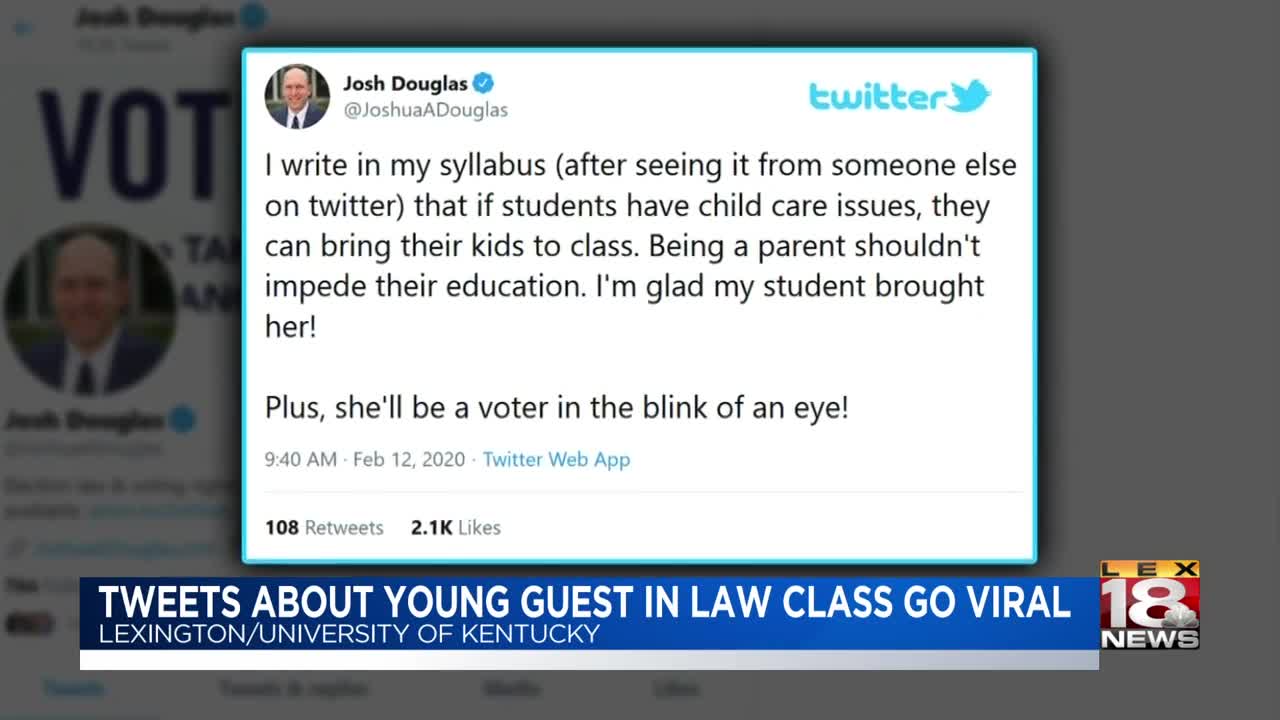 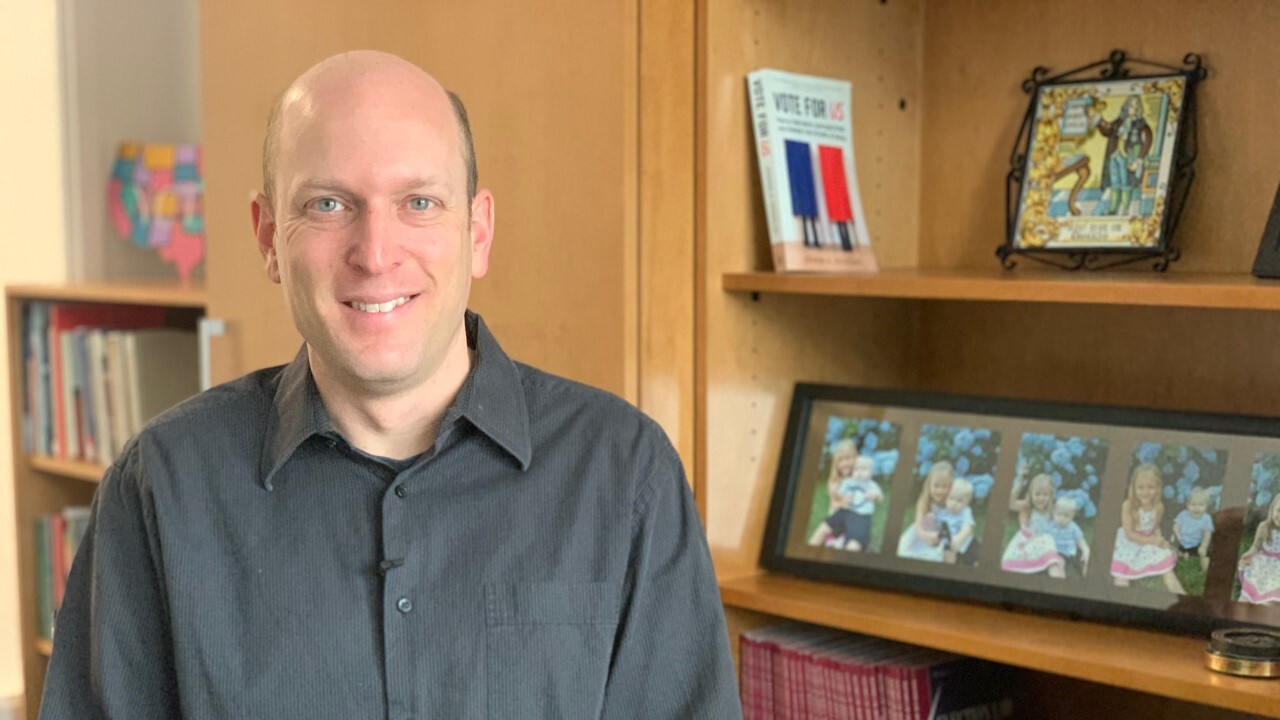 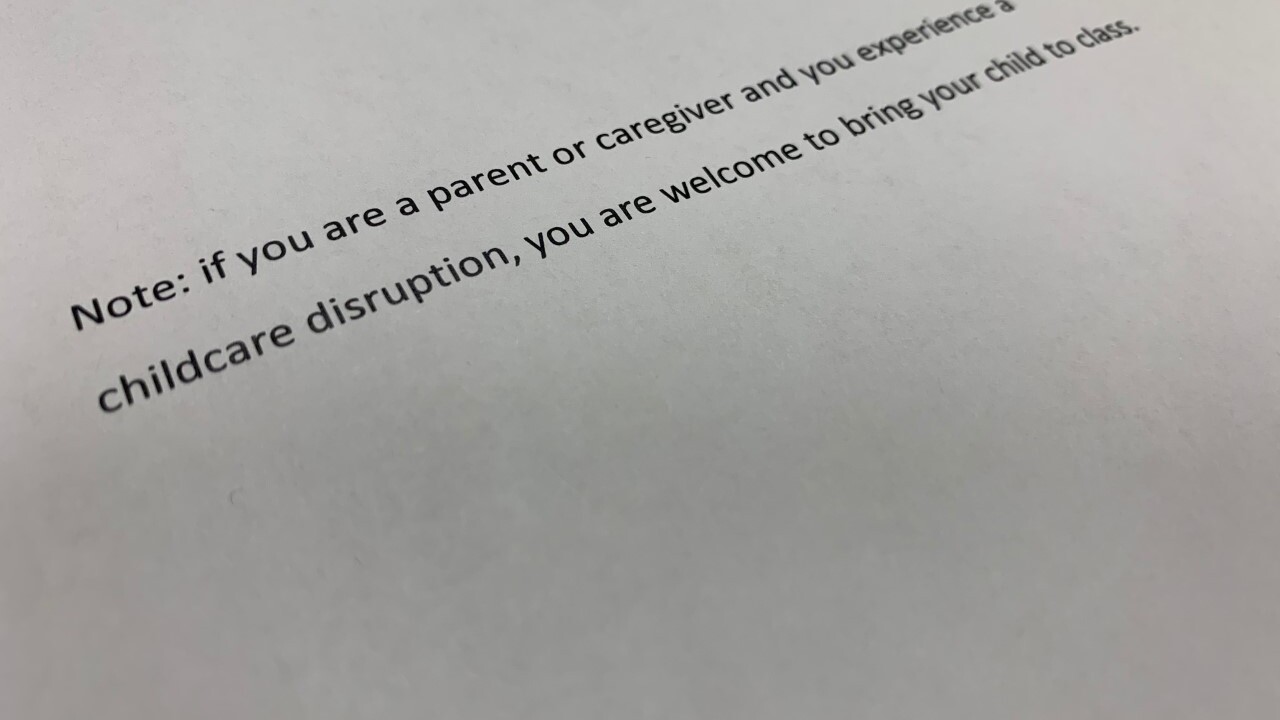 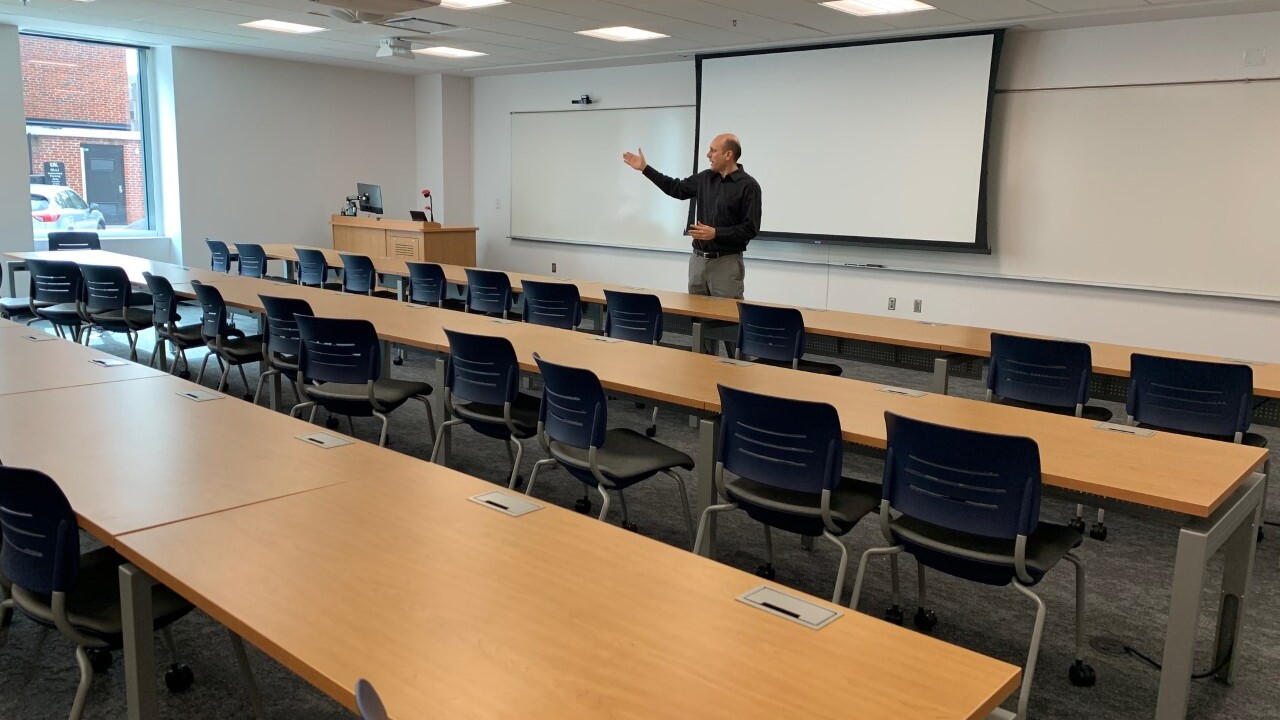 LEXINGTON, Ky. (LEX 18) — A University of Kentucky law professor saw a spike in Twitter followers after he shared a rare moment in two tweets that coincide with a policy he has for his classroom.

That policy reads: "Note: if you are a parent or caregiver and you experience a childcare disruption, you are welcome to bring your child to class."

When he arrived in class last Tuesday, one of his students had her 4-year-old daughter in tow.

"Pretty often pretty regularly during class, I'll pause to say, 'OK, anyone have any questions?' And students will often pose questions," said University of Kentucky Law Professor Josh Douglas. "And so I said the other day, 'OK, does anyone have any questions?' And the 4-year-old piped up and said, 'Can I color?' And I said, 'Yes, yes, you can color.' And it sort of everyone laughed, and it was it was fun."

The next day, Douglas shared that moment on Twitter.

Yesterday a student brought her 4-year-old to my Election Law class and it was the greatest thing ever. At one point I asked the class "does anyone have any questions?" and she pipped up "can I color?!" Yes, you CAN color!

His tweets went viral and now offer a message of inclusion.

"It's also been nice to hear from people is that it demonstrates the way in which we can expand access to education, access to legal education, improve different kinds of people being able to come to the law school," explained Douglas. "And so if you know, that was the message that was sent as well is that you know, it just because you're a mom who is also going to school, that doesn't mean that your education has to be impeded, or that you can't go to law school and you know, if that's the message as well, then that's great."

For professors who have thought about a similar policy, Douglas encourages them to try it.

"It's really not a big deal. It's a more inclusive environment. Again, in terms of distractions, the parents are so concerned about this, and about embarrassing themselves in front of the class that they're going to be doing everything they can to keep the kid quiet. And so I would encourage people to put it in their syllabus and to be open to this possibility because you know, again, to me It was no big deal. And it helped one of my students be here and have a day of education."