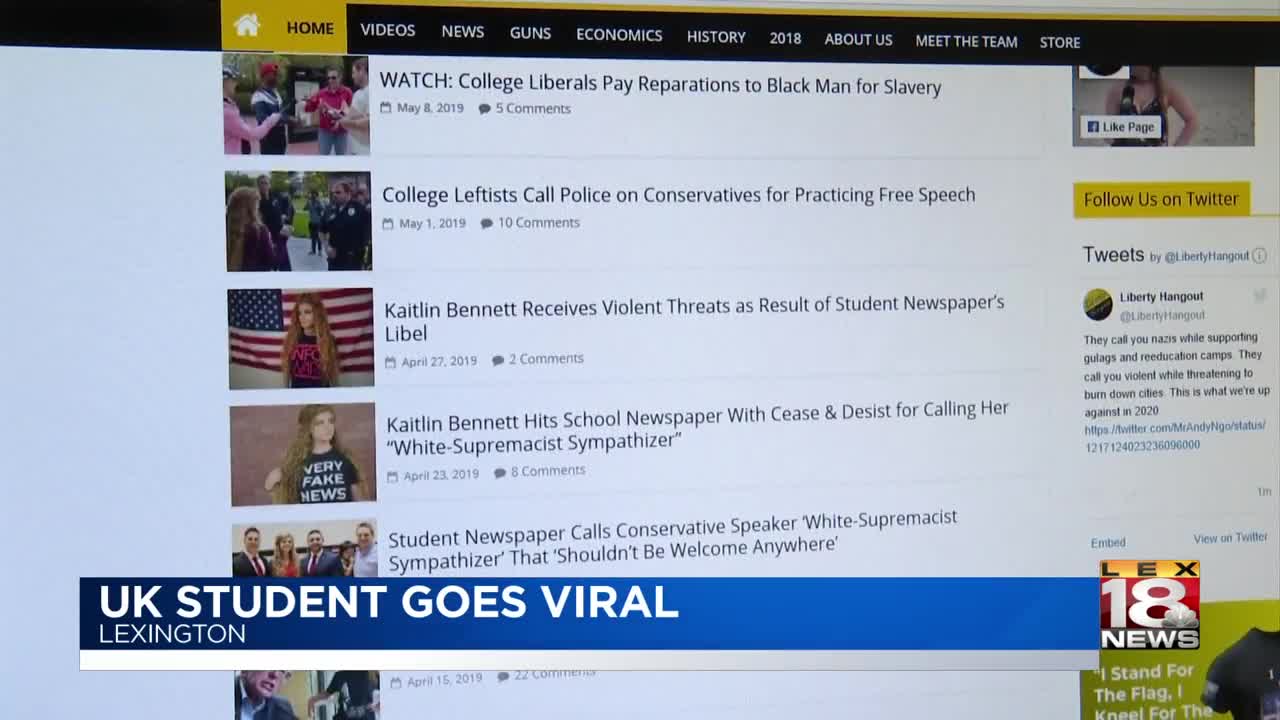 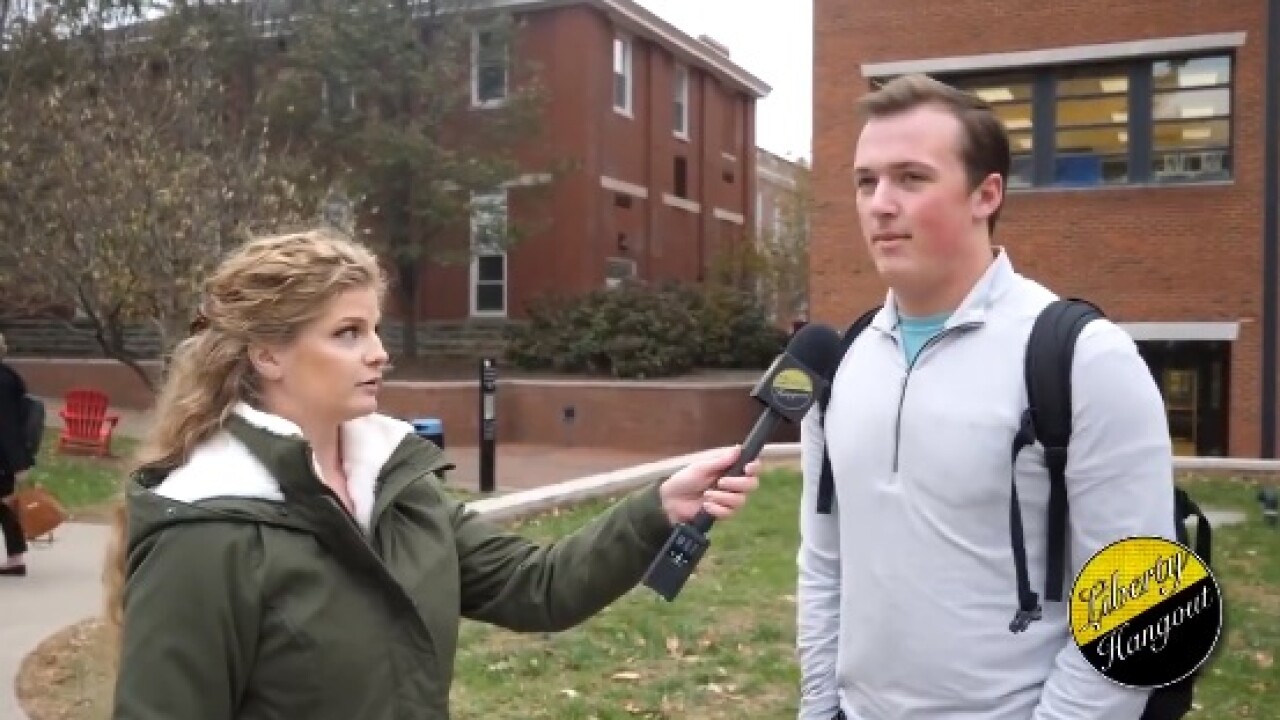 LEXINGTON, Ky. (LEX 18) — A University of Kentucky student is trying to turn a viral video into something positive.

Michael Hawse is shown in a video being questioned by Kaitlin Bennett. Bennett gained notoriety after her senior picture toting a rifle on the Kent State University campus went viral.

She now has her own website called Liberty Hangout. She regularly shares videos of herself confronting people on political topics, often in an abrasive style if they don't agree with her views.

In the video with Hawse, Bennett asked him about transgender bathroom issues.

“What about tampons and pads in men's restrooms for men who have periods,” asked Bennett.

Hawse responded, “If you're really getting that worked up about it, why does it matter?”

As Bennett continues to press Hawse, he continues to answer that what other people do in the bathroom isn’t his business.

Bennett asked, “Do you think they should seek medical help if they're bleeding?”

Hawse questioned in response, “I mean if they want to I don't really care. Why should I care?”

“I don't know, I care about people if they're bleeding out of their penis I'd want...” Bennett trails off at the end of the question.

“I care about people's personal rights. They can do whatever they want,” said Hawse.

Hawse told LEX 18 he was walking on campus near the White Hall classroom building when he saw Bennett with her camera, and decided to go see what she was doing.

“I was like ‘are you the person I think you are?' Because I was kind of familiar with her. She kind of just stuck a microphone in my face and started asking me questions,” said Hawse.

Hawse said he’s not a fan of her interview tactics.

“It's not really actually trying to get to the bottom of the problem or actually trying to make our country better in any way shape or form. It's really just being accusatory and ‘oh I want to get some views out of this,'” said Hawse.

A political science major with a debate background, Hawse says he was ready to deflect her questions.

What caught him off guard was the response to the video on Twitter, racking up more than 21 million views, and 600,000 likes. Although the footage was initially shared by Kaitlin shortly after the video was shot back in November, a Twitter user randomly Tweeted it a couple of days ago. It exploded from there.

“It's been a mix of nothing but positive... but kind of been a whirlwind,” said Hawse.

Hawse wants people to know that he holds no ill-will towards Bennett. He hopes moving forward that people can make less accusations, and have more conversations with those who are different.

Hawse is now hoping to use his "15 minutes" to benefit a good cause. He said some Twitter users started offering to send him money, so he’s asking people to donate to his fraternity's Dance Blue effort. That’s a campus wide fundraiser that supports the Golden Matrix Fund, which was started to help the Kentucky Children’s Hospital Hematology/Oncology Clinic. It also supports research at the UK Markey Cancer Center.

To view the full video of Bennett and Hawse’s interaction, click here.