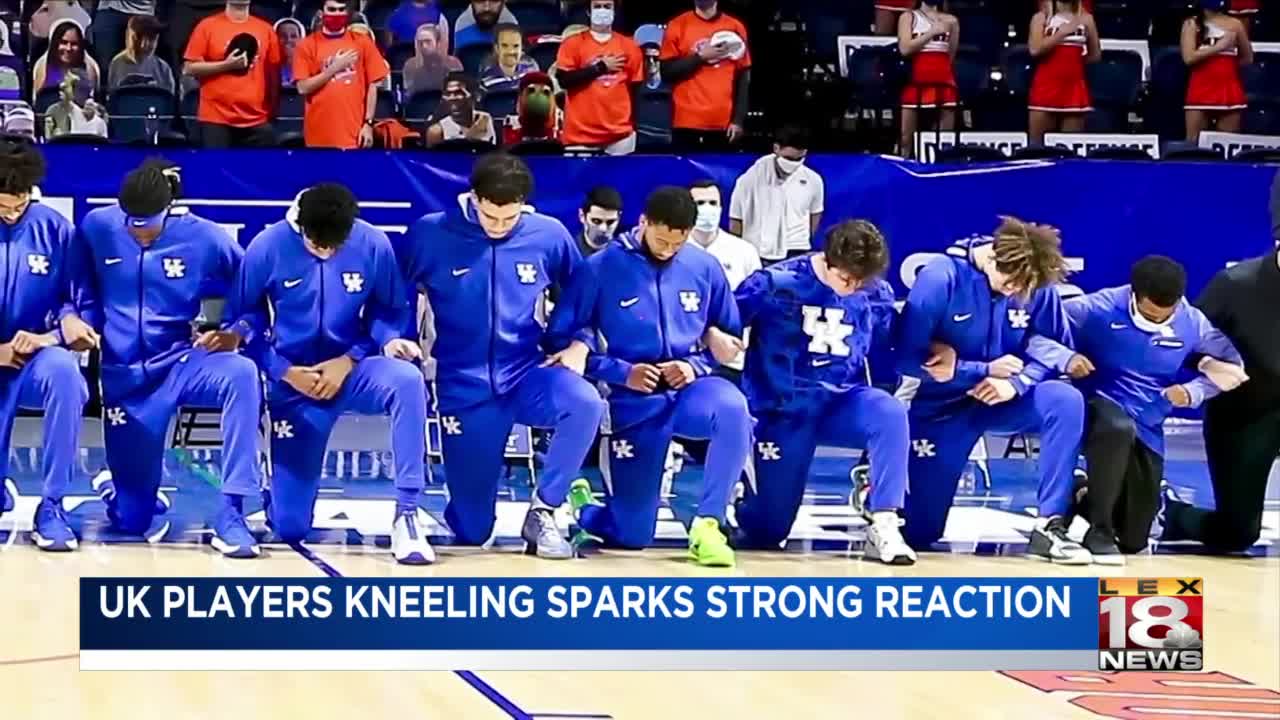 LEXINGTON, Ky. (LEX 18) — Two days after the University of Kentucky Men's Basketball team united in kneeling during the National Anthem before tip-off against the Florida Gators, parts of the fan base remain divided in their response.

In a video that has since been deleted, Laurel County Sheriff John Root can be seen burning his UK gear, apparently out of anger over the team kneeling.

"This is what I think about the program," Root said, before turning to a fire pit. "Coach, until you can get these guys under control and lead by example, here's my shirt."

Standing next to Sheriff Root, Jailer Jamie Mosley suggested Sunday that any UK fans who might feel similarly should bring their UK gear to the correctional center, where he'd collect the items and donate them to the county's homeless shelter.

In exchange, fans would be offered a "Back the Blue" t-shirt.

"The clothing is going to a good cause," said Jamie Gross, who was one of the people who dropped off UK clothes Monday.

Gross said he disagreed with the team's decision to kneel while the National Anthem was played.

Officials in Knox County went even further to express their frustration with the team.

The Knox County Fiscal Court issued a letter to state leaders Monday asking that taxpayer funds be reallocated away from the University of Kentucky.

While critics have argued that kneeling during the National Anthem is disrespectful to the country and the military, athletes at UK and across the country have long maintained that the act of kneeling is not a repudiation of the troops or the American flag.

"We just want to support and raise awareness about the things that have happened lately," said Olivier Sarr, referring to the storming of the Capitol last Wednesday.

"These kids are good kids and they care about this country and all of the other stuff," Calipari said. "They're trying to figure out life and making statements they think they have to make. I want to listen to what they're saying and I want to support them if they want me to be there."

Former UK standout Rex Chapman said he was proud of the current players.

"There were things I should've spoken up about when I was in college 35 years ago," Chapman said. "I saw these same kinds of things going on and I didn't say a damn thing and maybe if I had we wouldn't be here where we are right now, so I'm extremely proud of these young men."

During an interview via Zoom with LEX 18 Monday night, Chapman turned his attention to the criticism of the team's decision, noting that some critics have not been as vocal about last week's violent riots at the U.S. Capitol.