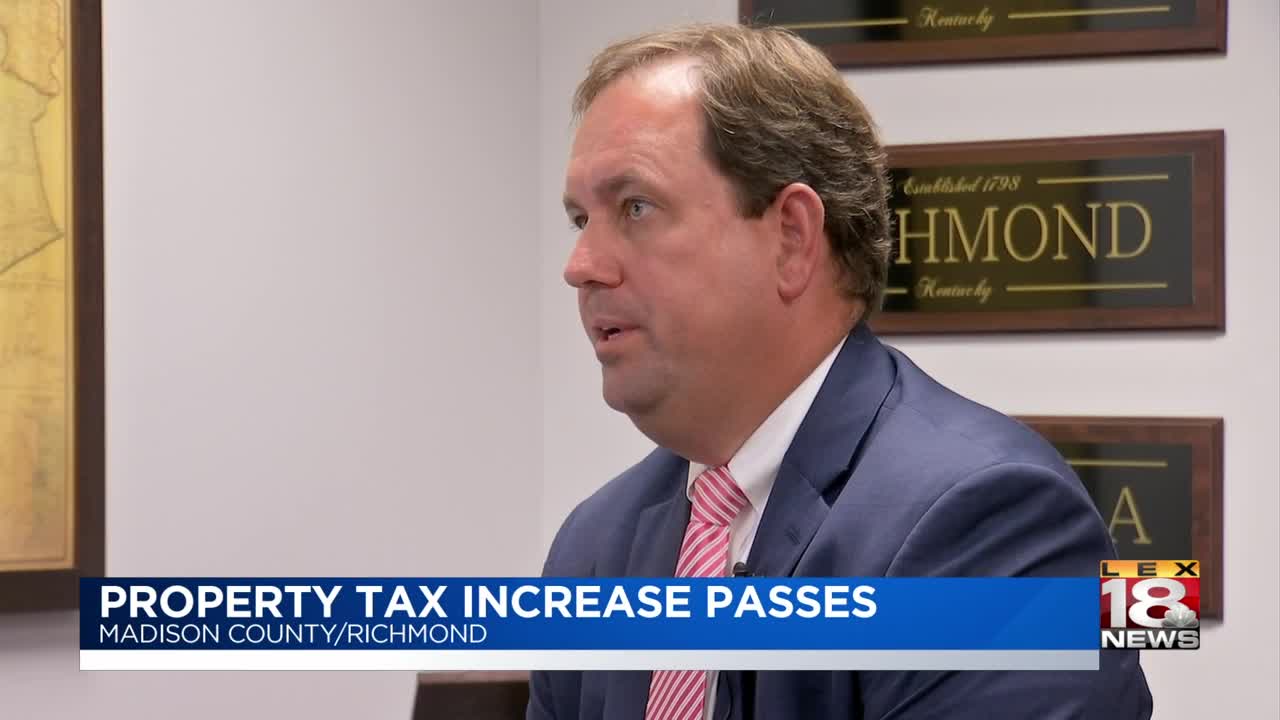 RICHMOND, Ky. (LEX 18) — "We're getting a double-edged sword swung at us, and we're just trying to figure out which is the dullest side to get hit with."

That's how Madison County Judge Executive Reagan Taylor explained the need for a tax increase to pay for a new jail.

The vote passed the fiscal court 4-1 on Tuesday afternoon, but there is plenty of opposition fired up about the hike.

"We want to overturn this. This is ridiculous," said Mary Renfro.

Renfro says she's already meeting with others upset about the hike to take steps to overturn the increase.

At this point, Madison County homeowners will pay a tax increase of 11.4 cents for every $100 of property owned. If your property in Madison County is worth $100,000, right now you pay about $82 a year in county real estate tax.

This recent vote more than doubles your bill to $196 dollars a year.

Judge Taylor insists the county's hands are tied, and they must have a bigger jail to house inmates. The existing jail was built with 184 beds. The current inmate count is well over 500, and Judge Taylor blames the drug epidemic for much of the overcrowding.

He says a bigger jail is a future investment in the community that would create room for more treatment programs and rehabilitation.

"Build it for our future where we have some revenue streams, because brick and mortar is going to be chepaer today than 10 years from now. 20 years from now," said Judge Taylor.

But before ground can be broken on the projected $45 million dollar facility, the tax increase needs to take effect.

Larry Combs was the only magistrate to vote no.

"It's too high. I mean there's a lot of people that just wouldn't be able to afford this," said Combs.

Opponents of the tax hike have until October 25 to submit a petition of more than 3,700 signatures from Madison County registered voters to put the tax up for a vote in 2020. If that doesn't happen, the increase will take affect on November 1, 2019.

This was never a step Judge Taylor wanted to take, but he says its time to fix the overcrowding problem before other county programs could be affected.