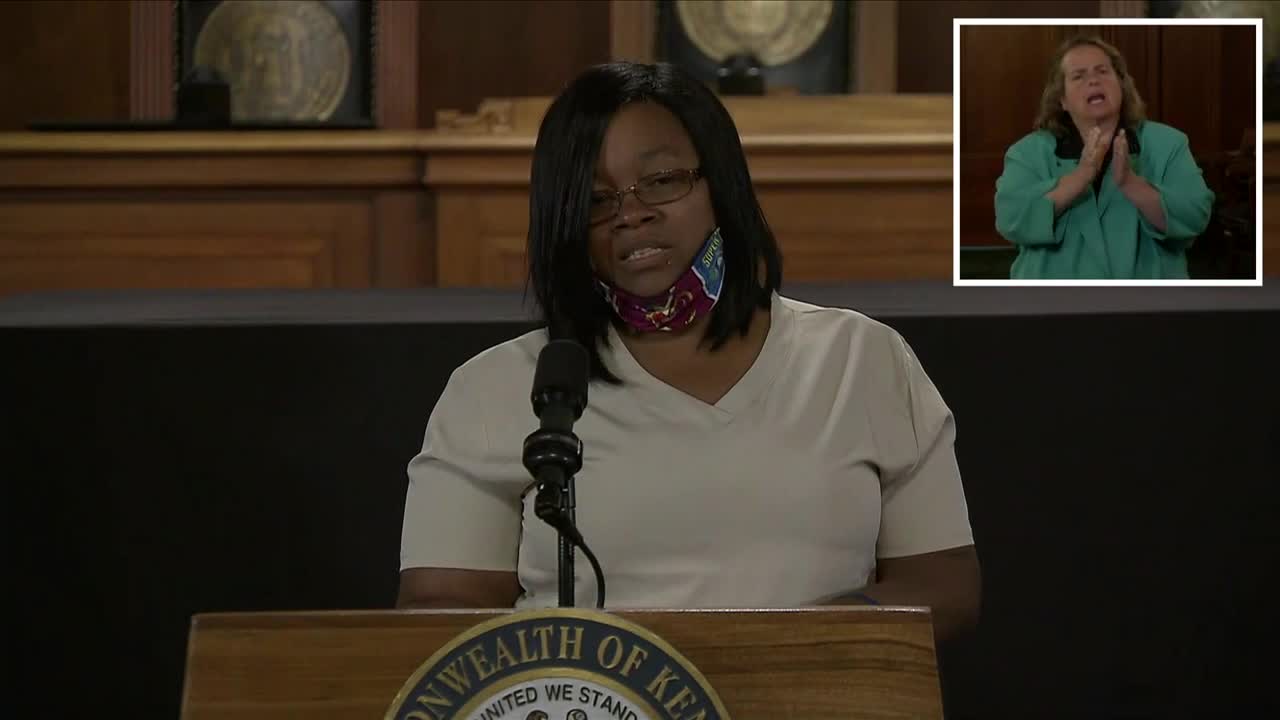 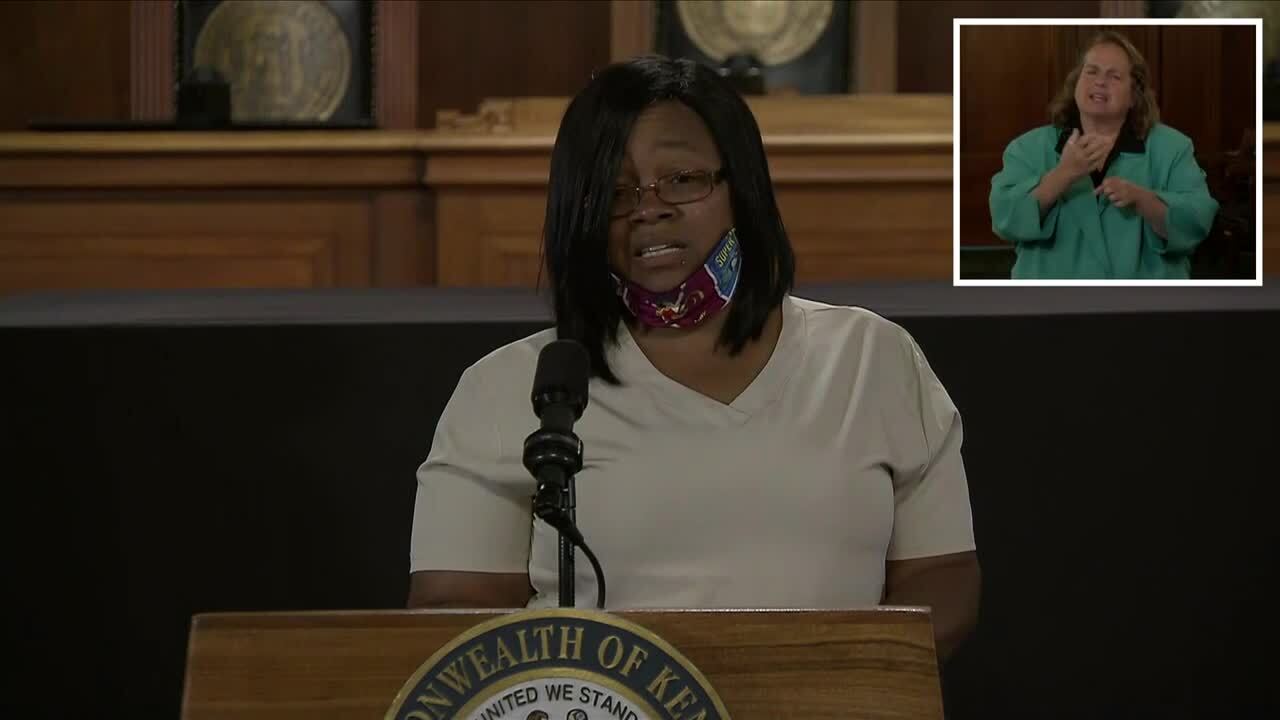 "It's sad that we all have to be here for this, but I don't think that I'm asking for too much... just justice for [Breonna]," said Palmer. "Just that people know the truth, what happened, that she didn't deserve, that people are fired for doing this to her."

Taylor was shot and killed in her home in March. Officers entered her home on a "no-knock warrant" when her boyfriend shot at the officers thinking they were intruders. Police then returned fire, shooting and killing Taylor.

Lonita Baker, attorney for Taylor's family, says they are calling for the officers involved in Breonna's death to be fired and, ultimately, charged in her death.

"We understand that there's different offices that handle that, but we would ask that Mayor Fischer terminate these officers," said Baker. "There's no reason that they are still on LMPD payroll as we sit here today."

Baker also reacted to protests over the weekend in Louisville and across the country. Buildings and property were damaged across several blocks in Louisville during Friday night's protest.

"Protesters are engaging in acts that we've asked not occur, but I do think that this is the time for a change in policing in America. We've seen in Minnesota where police are marching with protesters, we've seen compassionate police departments, and that's what we need to see across America in order to open up and build the rapport between communities and police departments nationwide."