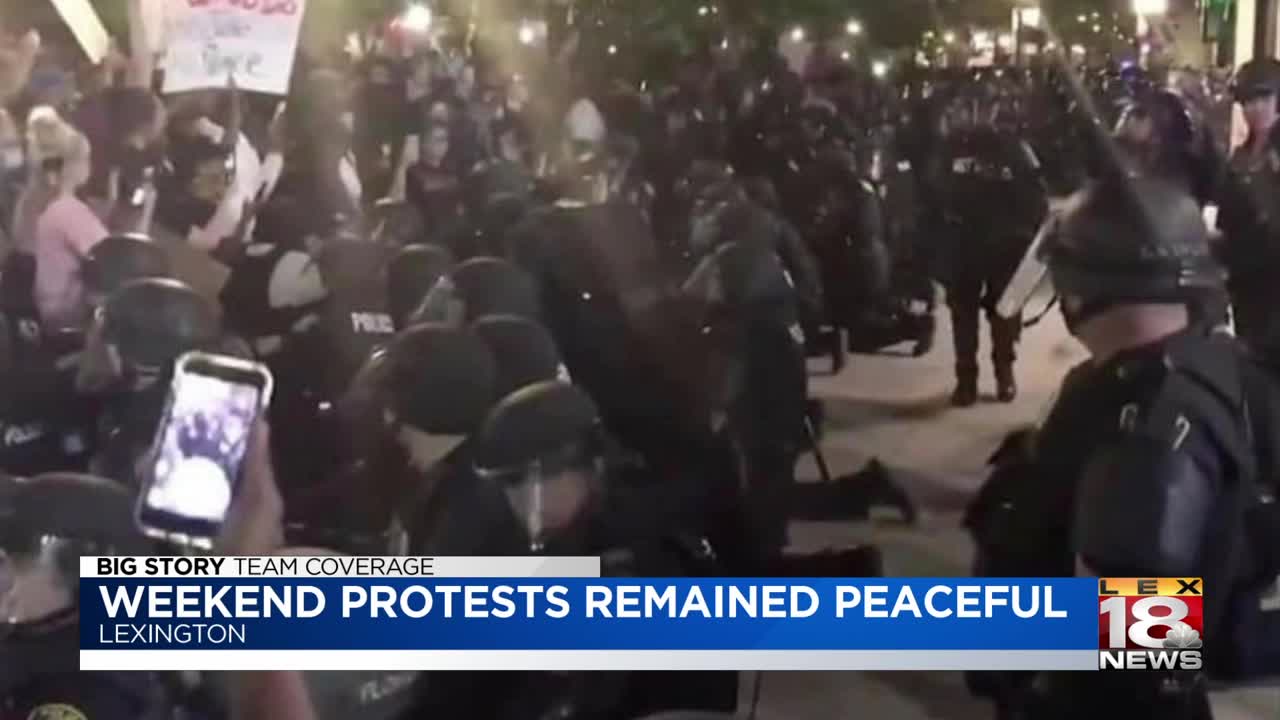 LEXINGTON, Ky. (LEX 18) — Protesters and police are being commended for a peaceful weekend of protests in Lexington.

More than 500 people marched through downtown on Sunday night, showing their support for the Black Lives Matter movement.

“I definitely think it’s a situation where it’s a matter of right and wrong, and it’s awesome when you see unity of everybody coming together. Because it’s something we all have to fix together,” said Lexington resident Ricky Johnson.

“It was really nice to be a part of a protest that wasn’t violent and there wasn’t chaos. It was a peaceful protest. I’m just really proud of Lexington,” said Lexington resident Theresa Oiler.

Oiler captured a photo of the powerful moment when a group of police officers kneeled with protesters near the District and Circuit Court buildings in downtown Lexington. She was impressed with the way protesters and police handled themselves. Oiler has grandchildren who are biracial, and she worries for their safety.

Sunday night marked the third day in a row protesters marched through the streets, people demanding an end to police brutality and racism. Oiler and Johnson say it’s great so many people came out to make a statement peacefully, with the support of police.

“We're not that different. There are so many things that unite us versus divide us. When we understand how someone else feels, then we can lace up our shoes and get to work,” said Johnson.

“Black people have been oppressed for so long and it’s time that we stop turning the other cheek and admit that there’s a problem, stand with them. It needs to change,” said Oiler.

Protesters on Sunday said they hope something positive can come from what’s going on across the country, and that change can finally happen.