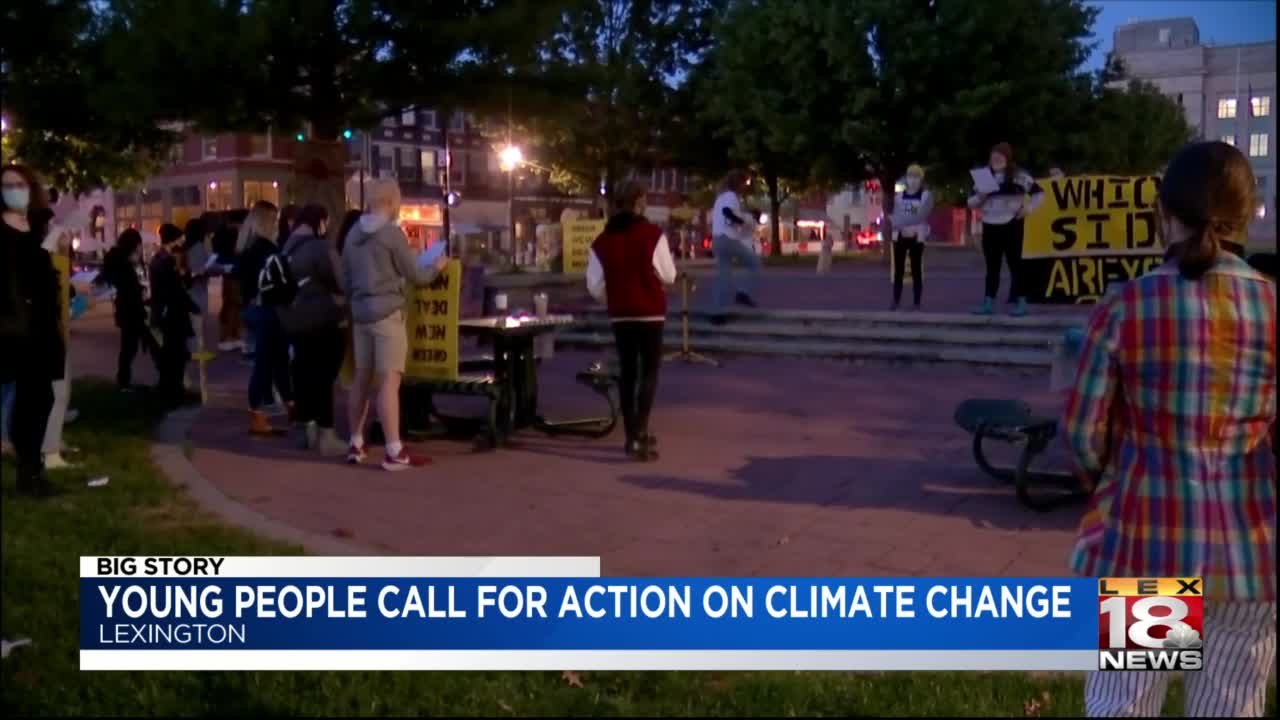 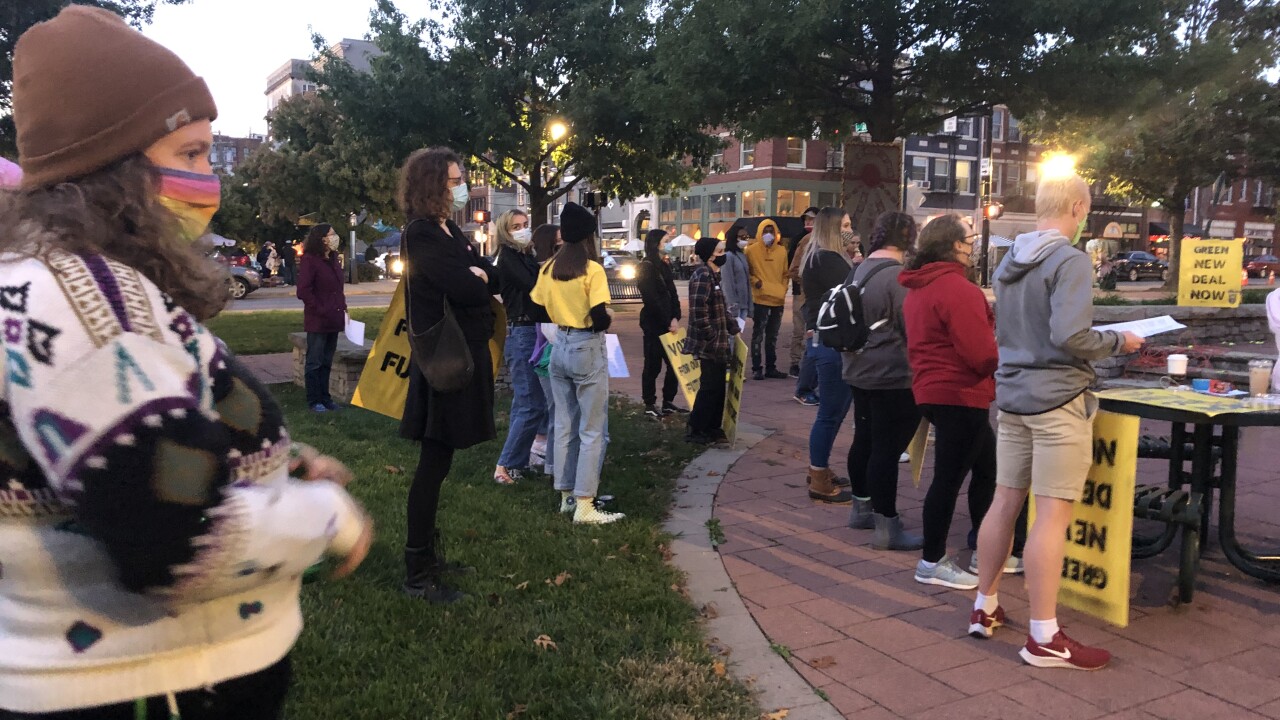 The "Wide Awake Block Party," was organized by the Sunrise Movement Lexington Hub, a group fighting to stop climate change. About 50 young people stood outside the courthouse at the corner of E. Main Street and S. Limestone St., where they shared stories about climate change's local impact.

"I'm from Eastern Kentucky and so I've grown up my whole life not being able to, like, drink the water in my town," said Larah Helayne, a freshman at the University of Kentucky who attended the event Friday.

"We should know what's happening and we have a right to know what's going on in our world and our government and then also we have the responsibility to be knowledgeable about it to change the things that are wrong," Helayne said.

Organizer Emily Johnson said young people feel their voices have been ignored by both local and national politicians. In the presidential race, Johnson said neither President Trump nor former Vice President Biden support the Green New Deal, a plan to take drastic action against climate change.

"I feel like a lot of us are tired of being forced to settle for the lesser of two evils and I feel like it's been happening for a really long time," Johnson said.

The group also called for change locally in the form of increased accountability within the Lexington Police Department, Johnson said.

Many of the attendees will not be old enough to vote in the presidential election, Johnson said, but the group hopes to encourage them to continue to be involved politically in the future.

"They're still out here like doing incredible work, pushing politicians saying we're gonna push you right now while we can't vote," Johnson said, "you better look out when we can vote."