Hurricane Florence Is NOT Full Of Sharks…

Currently there is a post circulating on social media that says Florence “now contains sharks.” It should go without saying that this is not true. But just in case you need to read it here…IT’S NOT TRUE. 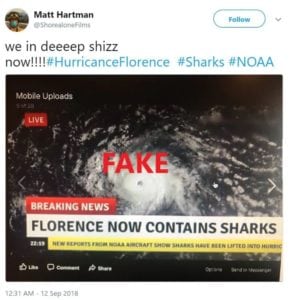 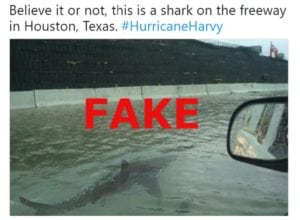 The Washington Post is reporting that the image originates from a pretty well-known fake TV still generator, Break Your Own News. Normally, the image bears a prominent watermark indicating the source, but some have blurred it out before sharing.