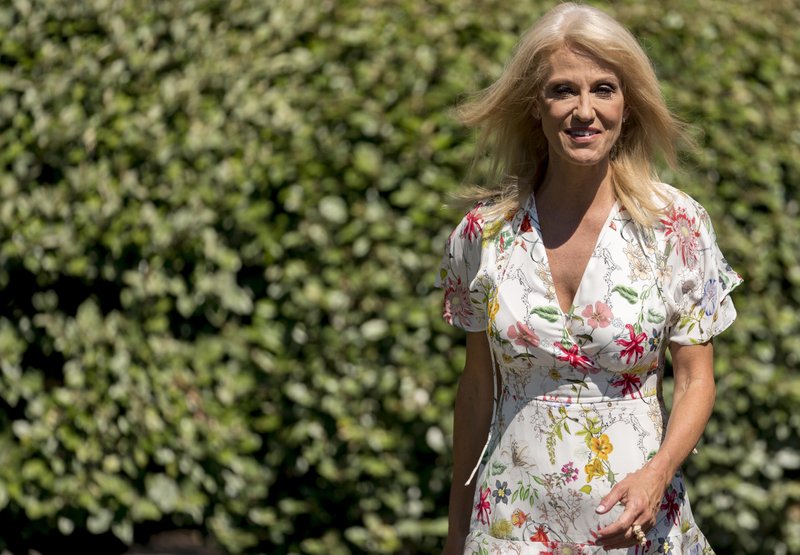 Conway made the comments on CNN’s “State of the Union” while defending Kavanaugh against sexual misconduct allegations. She argued that his opponents were wrongly politicizing his nomination and turning it into a “meeting of the #MeToo movement.” Conway said the news media and others often treat victims differently “based on their politics.”

Conway did not elaborate Sunday on her experience, though she’s previously alluded to her own #MeToo moment. She told a Politico forum last December that during the 2016 presidential campaign she sought to denounce cases of sexual harassment by congressmen against her and others when she was a GOP political operative, but was ignored by the press.

In that talk, Conway referred to an MSNBC appearance she made in October of 2016, a day after the release of an “Access Hollywood” tape that caught then presidential candidate Donald Trump in 2005 boasting off-camera about groping women. She implied in those comments that members of Congress had behaved inappropriately.

“I would talk to some of the members of Congress out there. I remember when I was younger and prettier, them rubbing up against girls sticking their tongues down women’s throats. It was true,” Conway said during a post-presidential debate interview.

Conway said her experience helps her understand that victims “should all be heard, and they should be heard in courts of law.”