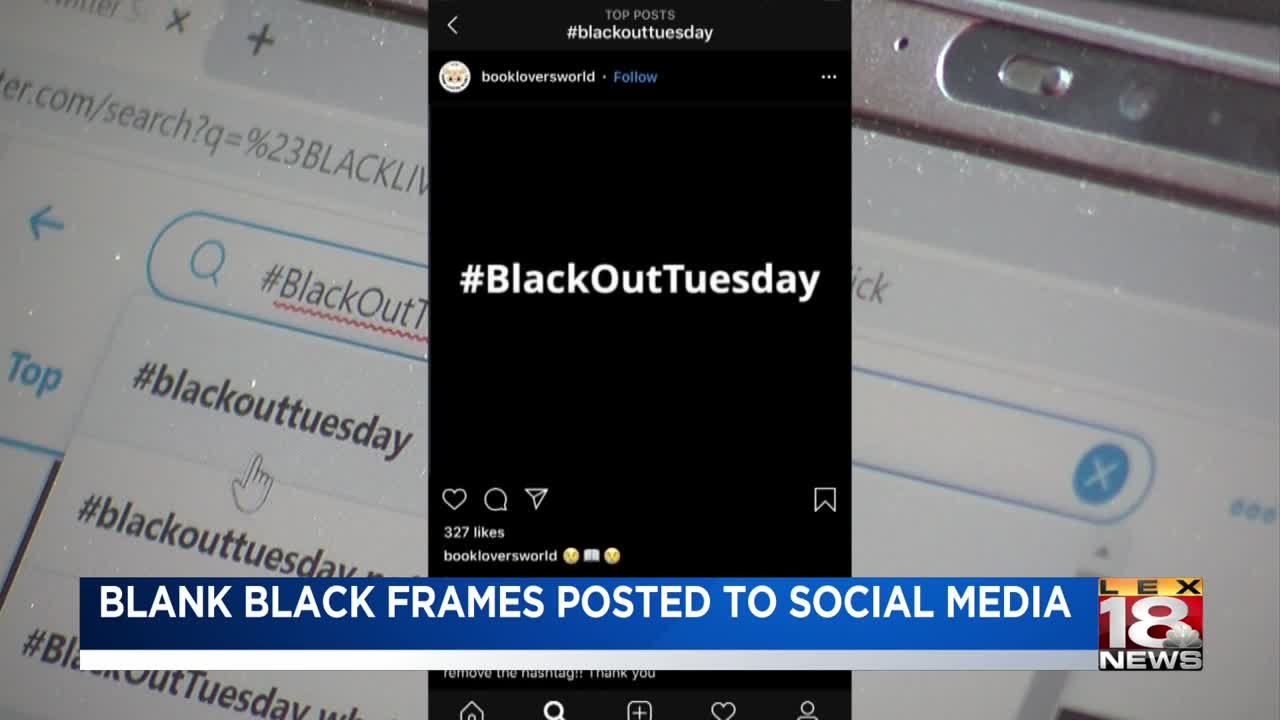 LEXINGTON, Ky. (LEX 18) — As a part of Blackout Tuesday, social media users are sharing images of a black square. The image is meant to show solidarity with black victims of police brutality. But when it's used with a certain hashtag, some say it's pushing down vital information.

'Blackout Tuesday' was started by African Americans in the music industry.

"For far too long, there's been systemic racism perpetuated, and it's a day to pause on social media and high light the injustice," Vice President of the NAACP of Lexington Adrian Wallace said.

Injustice, Wallace says, in the deaths of Breonna Taylor, George Floyd and most recently David McAtee. Wallace says a way to learn, is by searching #BlackLivesMatter on social media.

"Many folks don't understand the reasons why Colin Kaepernick first took a knee. So let's get educated on it. When you search that hashtag, you'll see the movement you'll see and hopefully get some historical information about the reason why people are protesting right now," Wallace said.

But Wallace says the black squares, along with the hashtag, are bogging down important information.

"It's a way to mobilize, as Killer Mike just said in Atlanta recently, we have to strategize and mobilize. It needs to be an organized effort to peacefully protest the inequality that we're still seeing today," Wallace said.