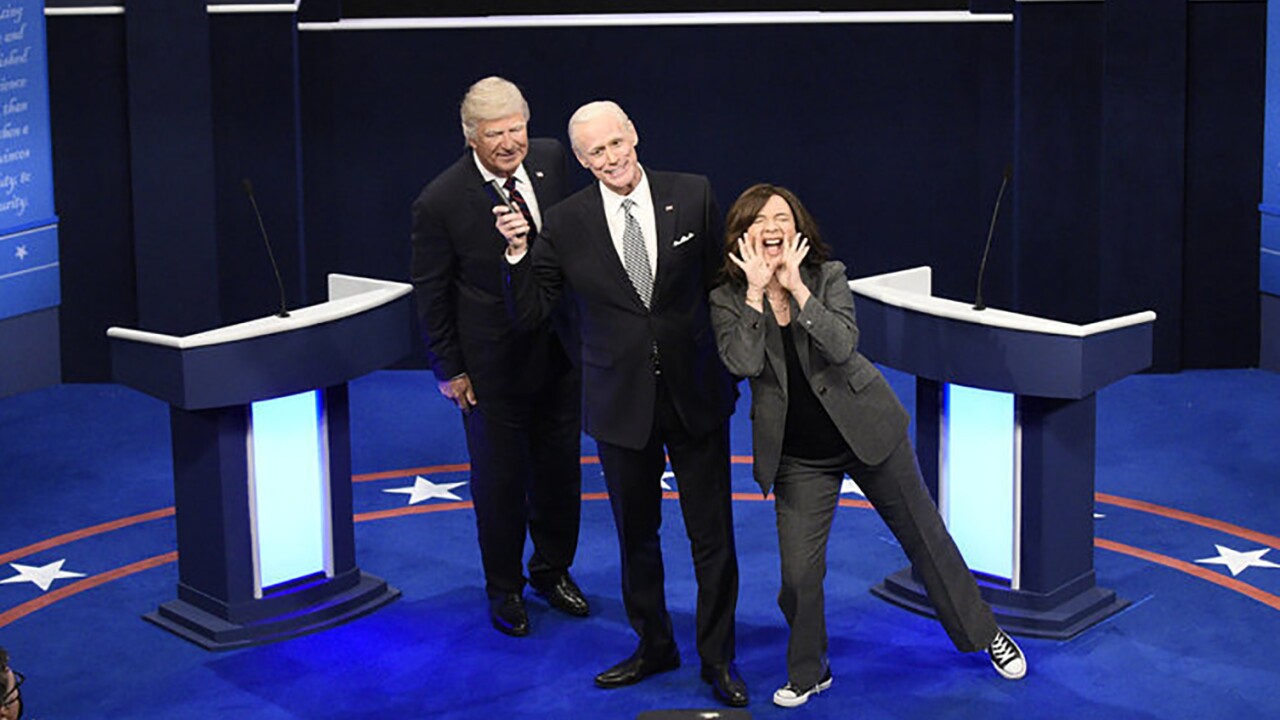 Will Heath/AP
This image released by NBC shows Alec Baldwin as Donald Trump, from left, Jim Carrey as Joe Biden and Maya Rudolph as Kamala Harris during the "First Debate" Cold Open on "Saturday Night Live" in New York on Oct. 3, 2020. (Will Heath/NBC via AP)

The NBC late-night sketch series jumped into the reenactment of the recent debate between the Republican President Trump and Democratic challenger Joe Biden.

The series opened its 46th season, returning to the studio this week after the coronavirus pandemic halted production.

Alec Baldwin returned to play Trump before the president's COVID diagnosis, while Jim Carrey made his feature debut as Biden. Rock hosted the show in front of a live audience, which included about two dozen first responders who wore masks.