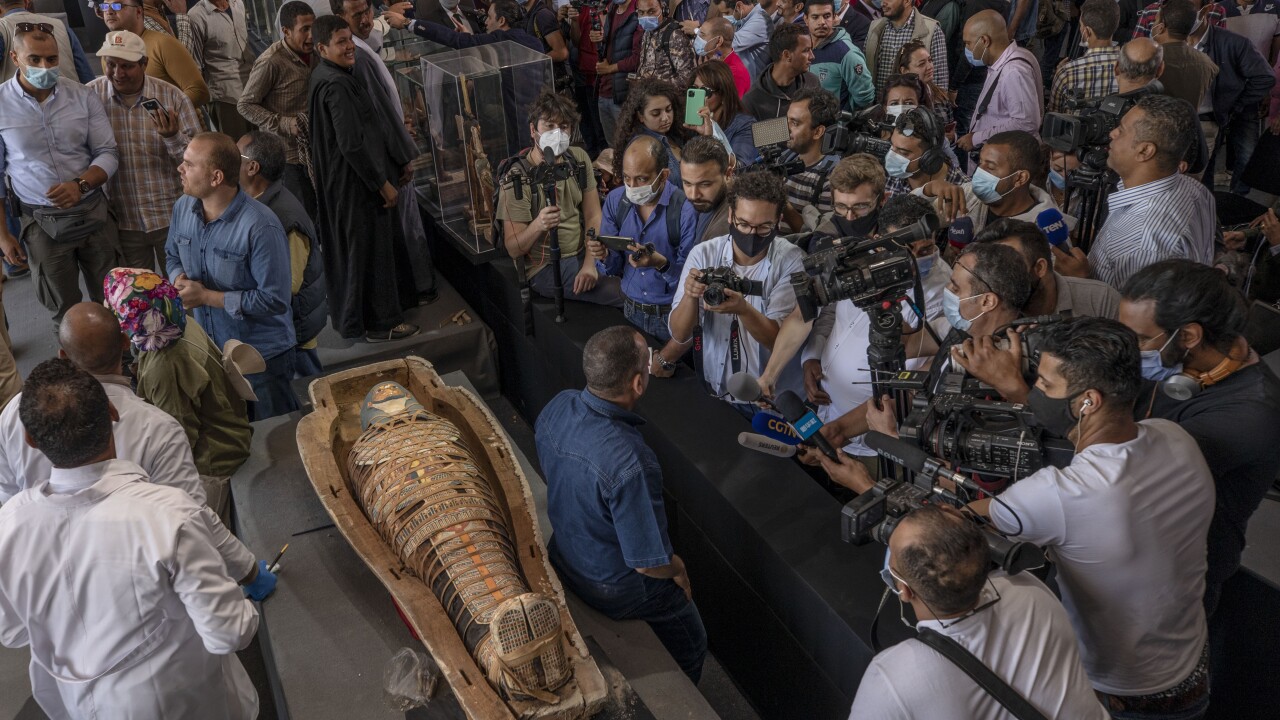 Nariman El-Mofty/AP
Journalists gather around an ancient sarcophagus more than 2500 years old, discovered in a vast necropolis and Mostafa Waziri, the secretary-general of the Supreme Council of Antiquities, center, in Saqqara, Giza, Egypt, Saturday, Nov. 14, 2020. Egyptian antiquities officials on Saturday announced the discovery of at least 100 ancient coffins, some with mummies inside, and around 40 gilded statues south of Cairo. (AP Photo/Nariman El-Mofty)

CAIRO (AP) — Egyptian antiquities officials have announced the discovery of at least 100 ancient coffins, some with mummies inside, and around 40 gilded statues in a vast necropolis south of Cairo.

The discovery in Saqqara necropolis is the latest in a series of archaeological finds in Egypt.

Egypt frequently touts its archaeological discoveries in hopes of spurring a vital tourism industry that has suffered from security concerns in the country following the political turmoil of the 2011 uprising.

The sector was also dealt a further blow this year by the coronavirus pandemic.