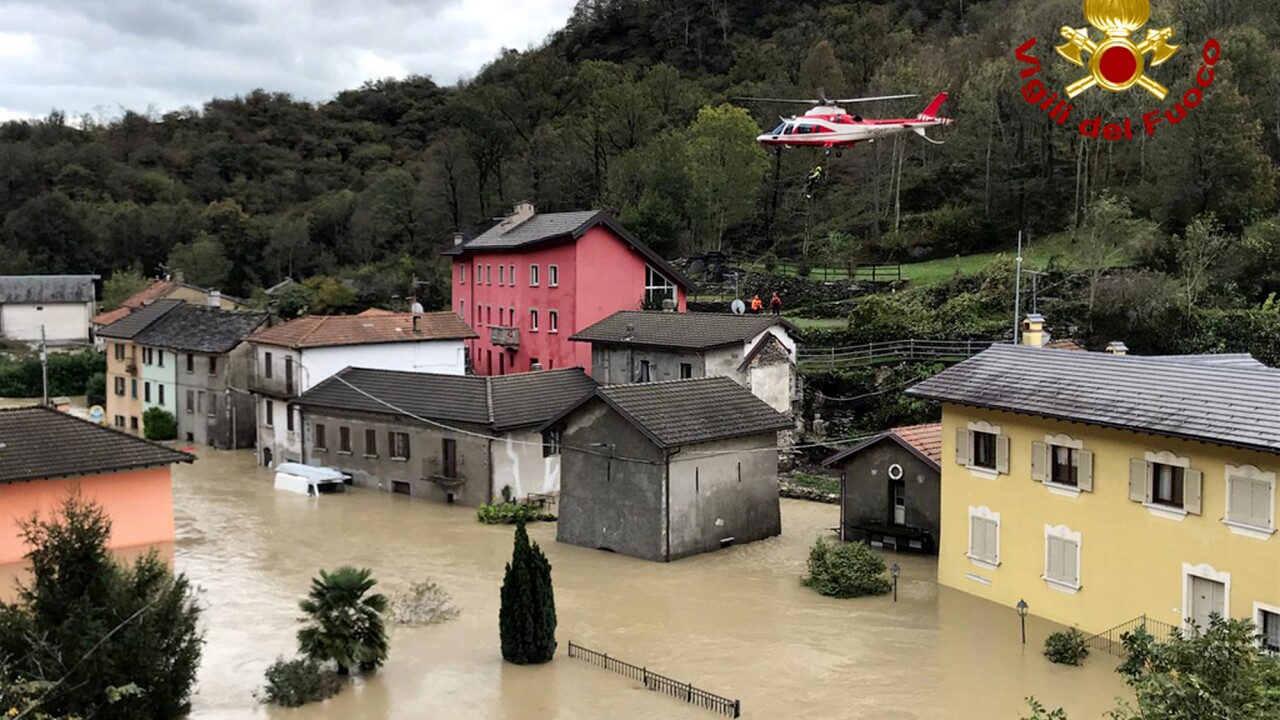 AP
In this image made available Sunday, Oct. 4, 2020, a firefighters' helicopter flies over flooding in the town of Ornavasso, in the northern Italian region of Piedmont. (Firefighter Vigili del Fuoco via AP)

PARIS, France — Rescuers in France and Italy are searching for victims and providing residents emergency assistance after devastating floods hit a mountainous region on both sides of the border, killing at least four people.

In Italy, authorities recovered two corpses Sunday in northern Liguria that they feared may have been washed away as a result of the storms that killed two other people on Saturday.

Floods washed away houses and destroyed roads and bridges surrounding the French city of Nice after almost a year's average rainfall fell in less than 12 hours. Over 100 homes were destroyed or severely damaged.