Nadal ties Federer at 20 Slams by beating Djokovic in Paris 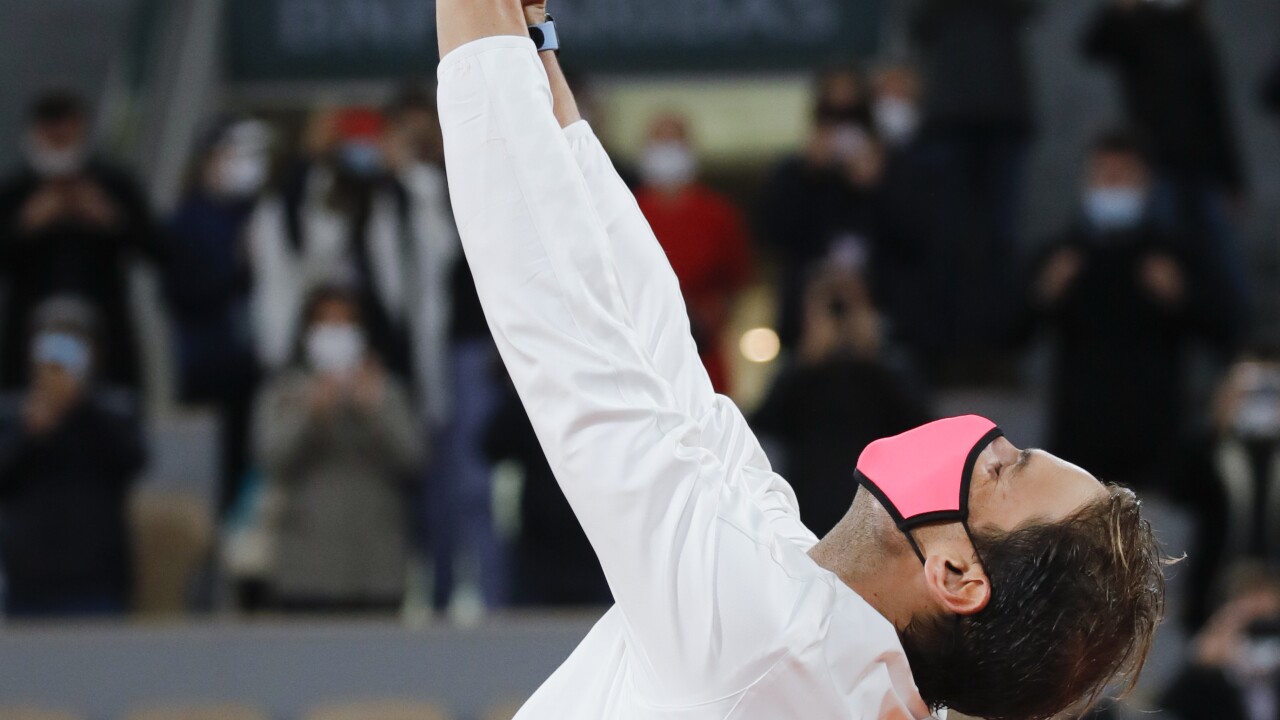 That ties Roger Federer's record for most major tennis championships by a man.

Nadal won his 13th trophy at Roland Garros and improved his career mark at the clay-court tournament to 100-2.

That includes a combined 26-0 in semifinals and finals.

This was Djokovic's first loss in 2020 in a match played to its conclusion. He came into Sunday with a 37-1 record this year.

The only setback until now was when Djokovic was disqualified at the U.S. Open last month.