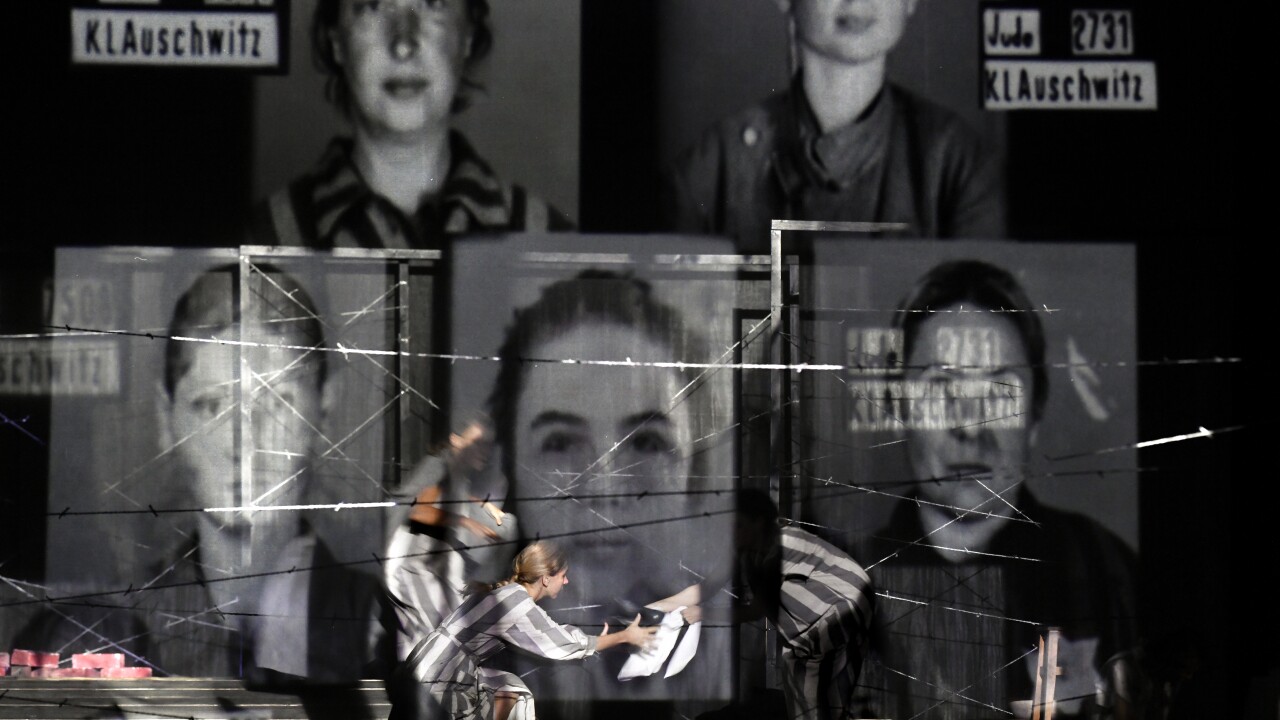 Andreea Alexandru/AP
Portraits of Auschwitz death camp prisoners are displayed on a mesh as actresses of the Jewish State Theatre, perform during the premiere of the "The Beautiful Days of My Youth" play, based on the diary of Romanian Jewish Holocaust survivor Ana Novac, in Bucharest, Friday, Oct. 16, 2020. Maia Morgenstern, head of the Jewish State Theater and a Romanian Jewish actress best known for playing Mary in Mel Gibson's controversial 2004 movie "The Passion of the Christ," described the play's staging in an interview with The Associated Press as an "all-feminine project." (AP Photo/Andreea Alexandru)

BUCHAREST, Romania — The latest premiere at the Jewish State Theater in the Romanian capital, Bucharest, explores the horrors of the Holocaust via a survivor's memories of the Auschwitz and Plaszow concentration camps.

Friday's debut of "The Beautiful Days of My Youth" by Romanian Jewish Holocaust survivor Ana Novac follows the National Holocaust Remembrance Day commemorations on Oct. 9, the day when deportations of Romania's Jews and Roma began in 1941.

The play premiered online and in front of limited theater-goers because of measures meant to slow the coronavirus pandemic in the eastern European nation.

Many liken Novac's work to that of Anne Frank, who documented her life in hiding in Nazi-occupied Netherlands before she was deported to concentration camps.