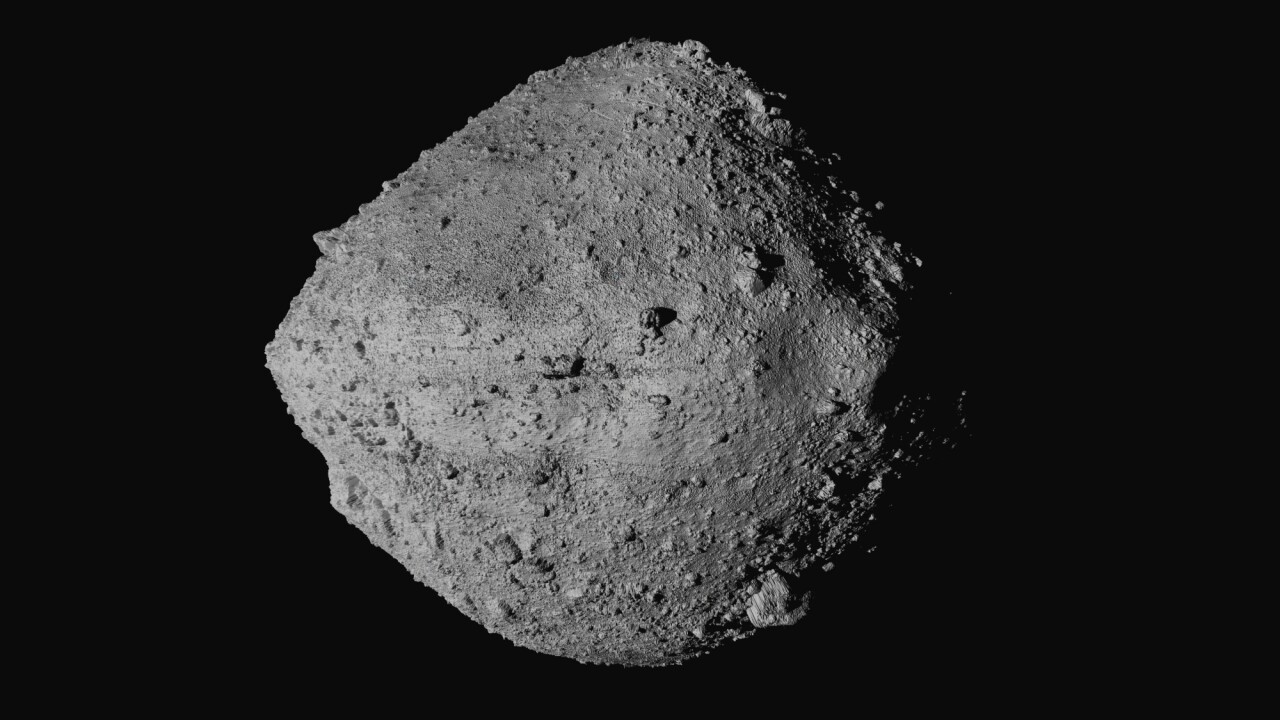 AP
This undated image made available by NASA shows the asteroid Bennu from the OSIRIS-REx spacecraft. After almost two years circling the ancient asteroid, OSIRIS-REx will attempt to descend to the treacherous, boulder-packed surface and snatch a handful of rubble on Tuesday, Oct. 20, 2020. (NASA/Goddard/University of Arizona/CSA/York/MDA via AP)

CAPE CANAVERAL, Fla. — A NASA spacecraft circling an ancient asteroid 200 million miles away is about to reach out and make contact.

The Osiris-Rex spacecraft will attempt to descend to the boulder-packed surface of asteroid Bennu on Tuesday and snatch a handful of rubble.

It will be America's first crack at collecting asteroid samples for return to Earth, a feat accomplished so far only by Japan.

Scientists want to bring back at least 2 ounces worth of Bennu — about a handful's worth.

The spacecraft can touch down no more than three times to grab enough rubble. The samples won't arrive on Earth until 2023.