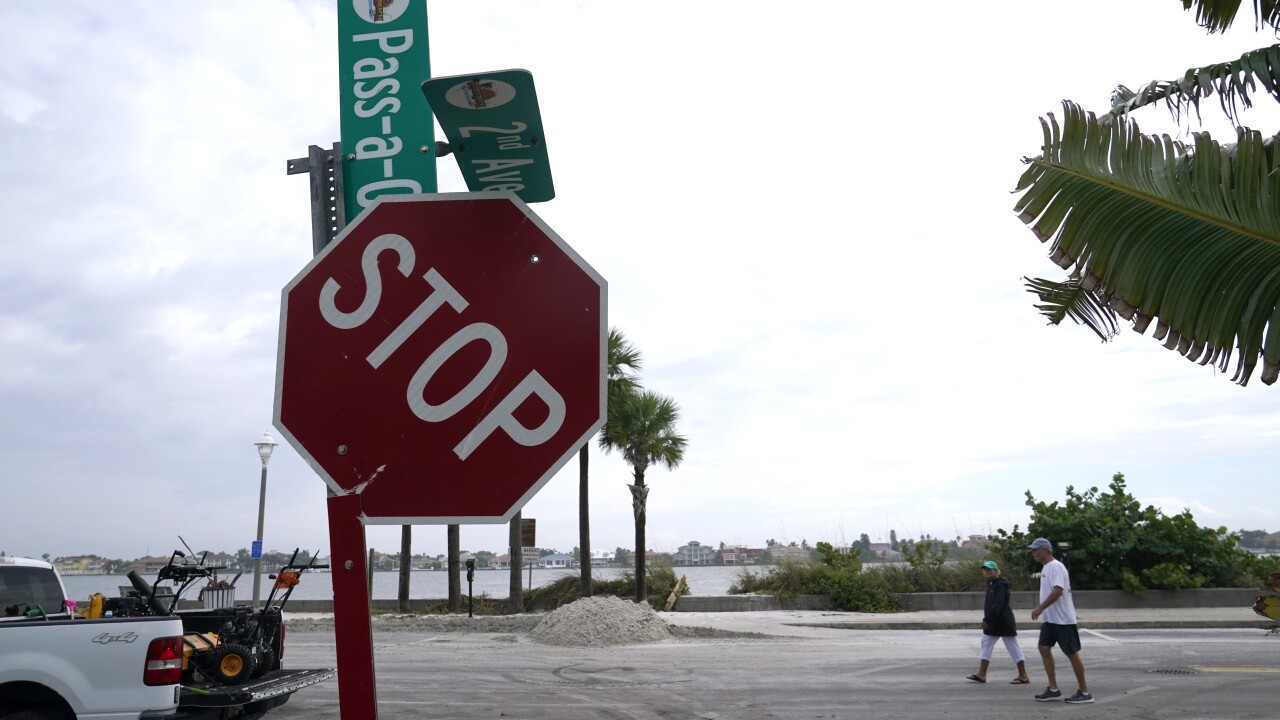 Lynne Sladky/AP
A street sign is damaged in the aftermath of Tropical Storm Eta, Thursday, Nov. 12, 2020, in the Passe-A-Grille neighborhood of St. Pete Beach, Fla. Eta dumped torrents of blustery rain on Florida's west coast as it slogged over the state before making landfall near Cedar Key, Fla. (AP Photo/Lynne Sladky)

ST. PETERSBURG, Fla. (AP) — Tropical Storm Iota has formed in the Caribbean and is expected to strengthen into a major hurricane as it approaches Central America.

It could wreak havoc in a region where people are still grappling with more than 120 deaths and many more missing in the aftermath of Hurricane Eta.

There were no coastal warnings or watches in effect as of Friday afternoon. Iota is the 30th named storm of this year's record-breaking Atlantic hurricane season.