LEXINGTON, Ky. (LEX 18)– Lexington Police are looking for a couple of men who stole an expensive piece of equipment from a truck as the victim ate lunch, just a few feet away.

The surveillance cameras above this Wendy’s location could not be more obvious. They captured clear images of two men going in and out of the restaurant. Police say the cameras then captured the crime they committed in a parking spot just below.

“The victim, in this case, lost his $1,400 concrete saw right out of the back of his truck,” said Detective Mark Thomas with the Lexington Police Department. “We don’t exactly know what would motivate somebody to take a saw like that, with such a great risk of being caught.”

Thomas said that they saw the opportunity.

“They never ordered, so my thinking is maybe they got here with the intention of getting something to eat, but once they spotted the saw, that became their primary objective,” said Thomas.

Thomas tells LEX 18 that now, the men will probably try to sell the saw.

“They’ll try to find another contractor, an unsuspecting person, to sell this to, and they’ll make up a story about how they obtained it,” said Thomas. “It’s over a thousand dollars, so this makes it a pretty legitimate felony in this case.”

Crime Stoppers is offering a cash reward for information leading to an arrest. Call the Crime Stoppers tip line at (859) 253-2020. 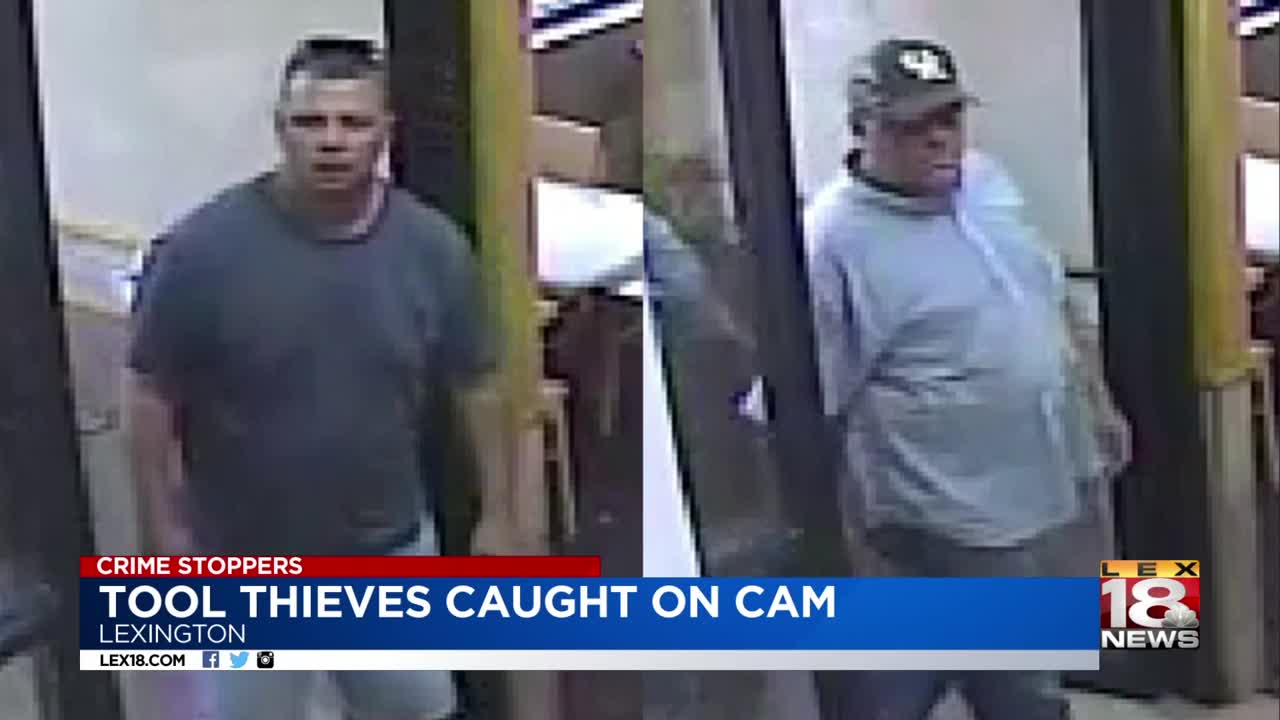