LEXINGTON, Ky. (LEX 18) — Lexington Police are looking for a man who they say stole someone’s phone during a New Year’s Eve house party.

Detectives say the party was on Woodland Avenue near the University of Kentucky campus. They say that the man took an iPhone X and then attempted to sell it at Device Pitstop just a few miles away, a few days after the theft took place. 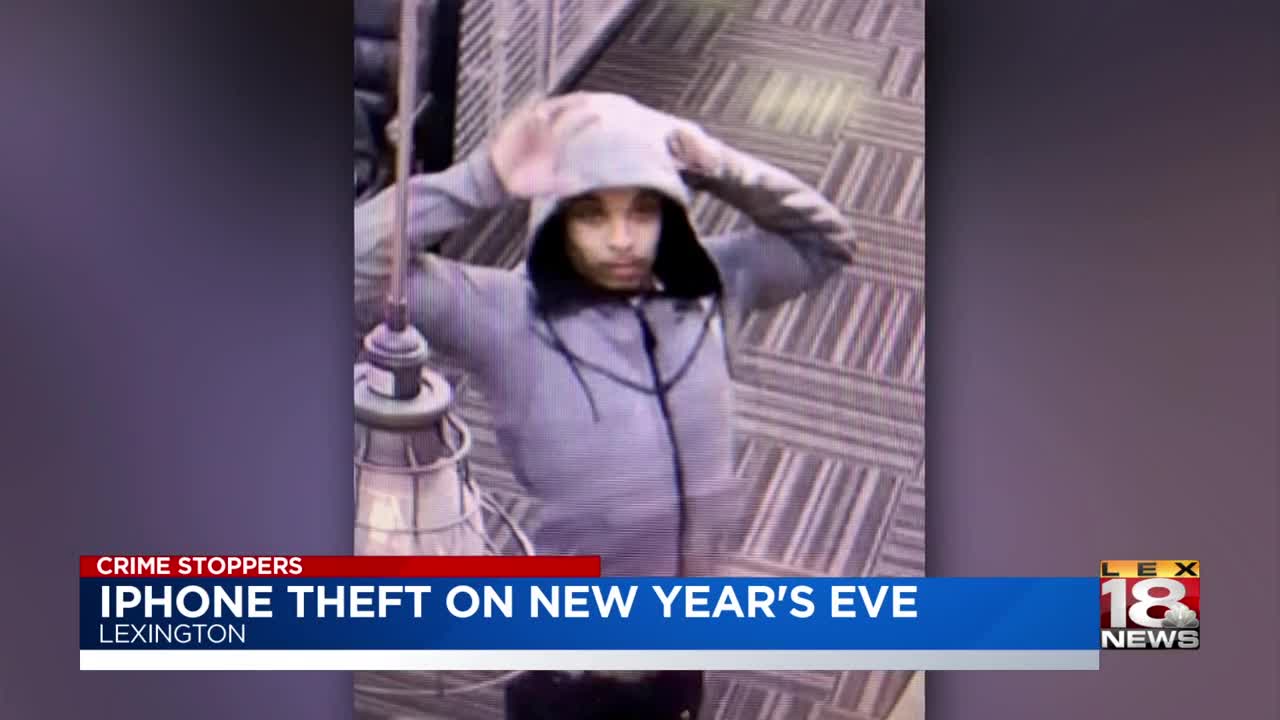 Police say that the man covered up once he noticed surveillance and made himself untrackable immediately after getting possession of the phone.

“For several days that phone was turned off, and the victim was continually trying to locate it. Suddenly, it turned on one day, and she was able to find it was at Device Pitstop,” said Detective Mark Thomas with the Lexington Police Department.

Thomas said that if you want to host an open house party in the future, be aware of who is coming in and out of your doors. He added that locking your bedroom door is not necessarily enough.

Crime Stoppers offers a cash reward for any information leading to an arrest. Call the Crime Stoppers hotline at 859-253-2020 to leave an anonymous tip.