LEXINGTON, Ky. (LEX 18)– Police need help to identify the man who broke into a Lexington school.

Detective Mark Thomas with the Lexington Police Department said that on January the 7th, around 5 a.m. a man was caught on camera at Lexington Christian Academy walking around, trying to gain entrance into the school.

“We believe he broke into that side door, but wasn’t able to set off an alarm,” said Thomas.

With several hours to kill before classes would be in session, Thomas said that the man broke a window to get into the office.

“Once he got in there, he started to rifle through drawers and cabinets and anything he could find,” said Thomas.

The only thing of value was the school’s Lowe’s Credit Card, which Thomas said the man charged several hundred dollars to the card.

“So this is a commercial burglary and a fraudulent use up at Lowe’s,” he said. “I think he believed that because this is a school there was going to be something here, and maybe being a private school he thought there might be something here of value.”

“To go into a school like this has a certain amount of brazenness and to be on the property for such a long period of time is a concern for us,” said Thomas.

If your information leads to an arrest, you could get a cash reward from Bluegrass Crime Stoppers, just call (859) 253-2020 or text your information to ‘CRIMES,’ just put LEX P-D’ in the message, along with your anonymous tip. 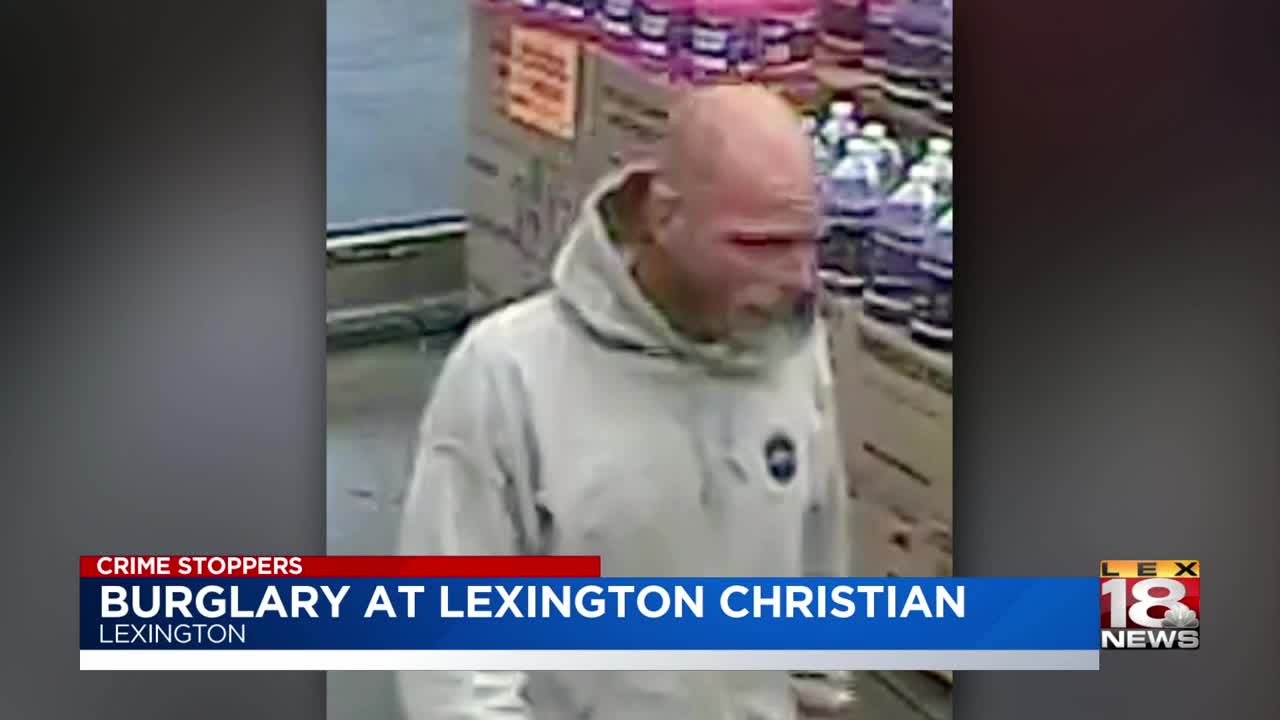