LEXINGTON, Ky. (LEX 18) — Detectives say that while a woman was upstairs asleep in her Masterson Station home, a burglar was downstairs prowling.

“He takes her purse, he takes her car keys, credit cards that are inside, then he goes and steals the car from inside her garage,” said Detective Mark Thomas with the Lexington Police Department.

The detective said that the man then went to Louisville, where he was caught on camera at a Kroger allegedly using the stolen cards.

Days after the break-in, a car was found in Lexington and no one knew to whom it belonged.

Police want to talk to the man about the multiple felony charges he could be facing.

“When somebody crosses that line from going from a garage into a home, they’ve accepted a whole new set of responsibilities associated with that crime at that point,” he said. “This is where people get killed, this is where people get hurt. It’s not just the suspect going into the house, he can very well end up dead himself, if he runs into the wrong person.”

If your information leads to an arrest, you could get a cash reward from Bluegrass Crime Stoppers. Just call 859-253-2020 or text your information to ‘CRIMES’, just put “LEX P-D” in the message along with your anonymous tip. 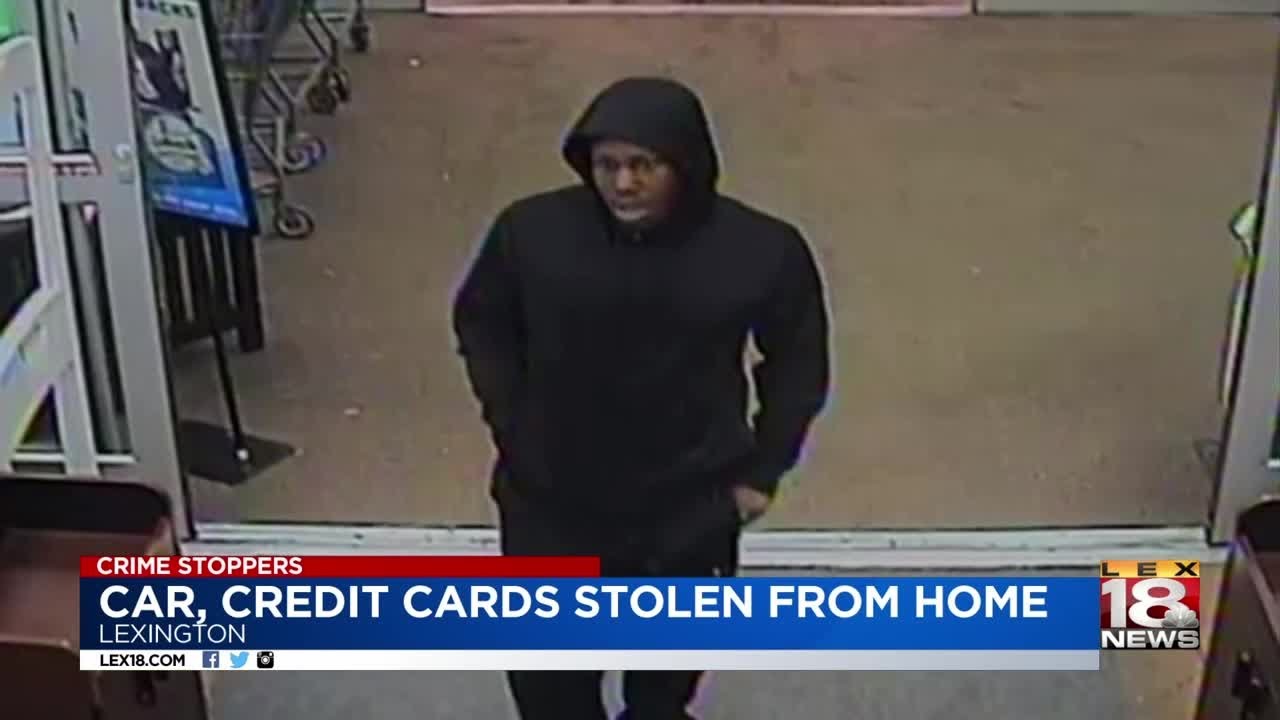