Detectives say the man steals lottery tickets, scratches them off and cashing them in before they are reported stolen. They are cashed in within minutes to hours after the theft. The Kroger on Euclid has been one of the places he has hit, as well as several gas stations on South Broadway and Newtown Pike.

“He knows that they don’t have the pizza out late at night, so he’ll ask the clerk if he can have one. When he orders a pizza, he knows she has to leave the floor to go back and prepare one for him,” said Detective Mark Thomas with the Lexington Police Department. “He tends to focus on Ft. Knox or your higher dollar ticket items.”

“This may have started as something small, one at a time or two at a time, something like that where he was stealing from a gas station occasionally, but this has begun to escalate to the point where we’ve got him hitting a week apart. He’ll hit us, then literally a week later, then a week later, then a week later. So this is beginning to become a pattern. The latest attempt here a Kroger failed, but we don’t expect that to stop him,” said Thomas.

Thomas said that the person of interest is facing commercial felony burglary charges, but those could escalate to state charges since he’s been tampering with the Commonwealth’s lottery.

The man is described as 6 feet tall, 200 plus pounds, and police think he wears a nose ring. Thomas said the man has rung up about $500 in fraudulent winnings by stealing thousands worth in scratch-off games. 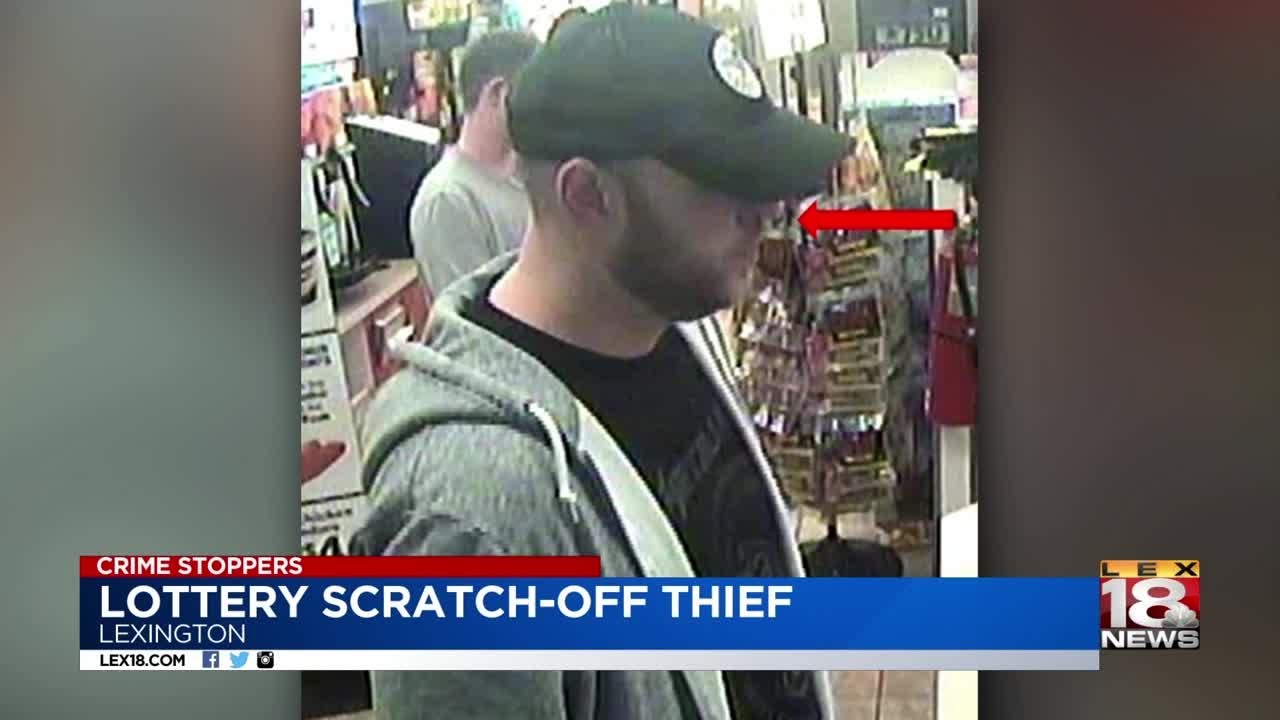