LEXINGTON, Ky. (LEX 18)– Lexington police are looking for a couple of purse snatchers after they struck at a downtown restaurant. They also want to warn anyone heading to Churchill Downs to be aware.

The February purse snatching at Pies & Pints was so smooth it had officers doing double and triple takes.

“Trained, skilled police officers, watching this,  we had to watch this video again, and again, and again,” said Detective Mark Thomas with the Lexington Police Department. “How smooth he was in not even glancing down, and moving to conceal the item with his jacket.”

Detectives think that this wasn’t the snatchers’ first times taking valuables and it might not be their last. The Keeneland meet and the Kentucky Derby are breeding grounds for this type of activity.

“We’ve busted big rings of pickpockets at Derby. I know this because we’ve actually put them in prison through the FBI before, so, these guys will be at the derby. Out in force,” said Thomas.

They advise men keep their wallets and cash close to the vest and inside jacket pockets. When it comes to purses, they say you should keep them zipped or buttoned close.

The victim at Pies and Pints had her purse closed, but it still didn’t help her, which shows how quick some of these guys can operate.

“Most of the time these guys will not stop, because they’re good at it and won’t stop until caught by police and get some sort of lengthy jail sentence,” said Thomas.

Crime Stoppers is offering a cash reward of up to $1,000 for information leading to an arrest. Call the anonymous Crime Stoppers tipline at 859-253-2020. 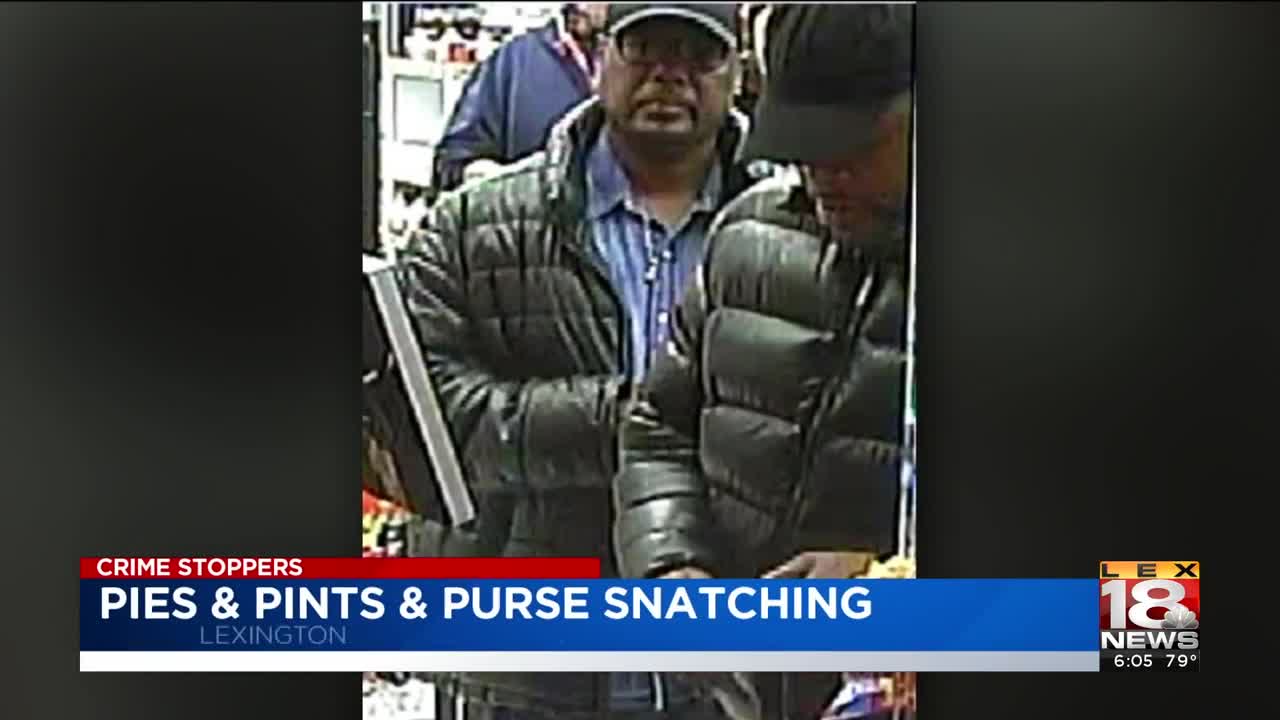